Articles
Kaeli Conforti is a digital nomad and has been backpacking solo around Southeast Asia, Australia and New Zealand since January 2018. She loves inspiring others to travel the world and create their own adventures.
Follow
Oct. 07, 2018
•
9 min read 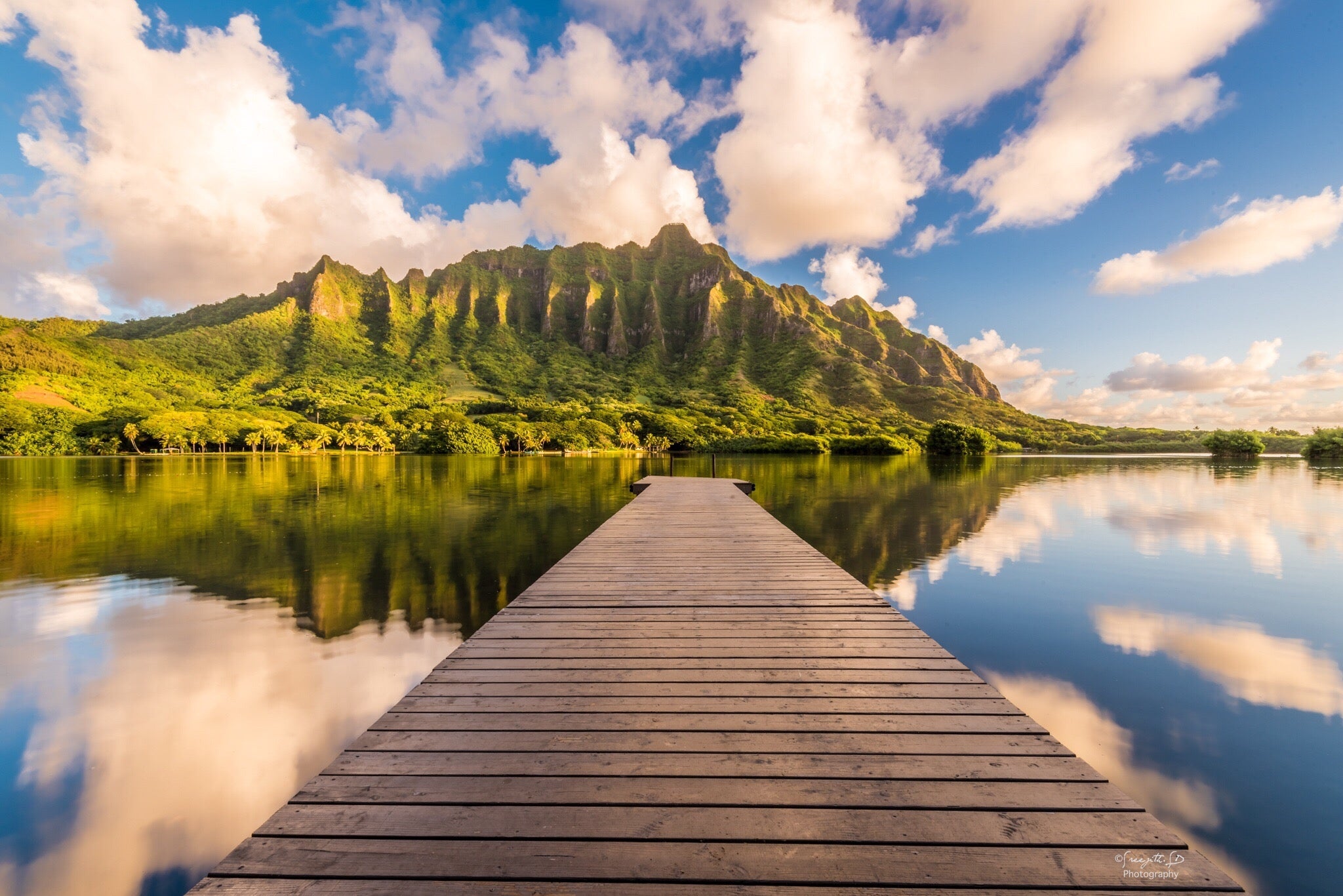 We recently asked our TPG Lounge readers to share their best tips and go-to methods for traveling to the Hawaiian Islands on points and miles. Here’s a look at some of our favorite answers. (Some responses have been lightly edited for style and clarity).

Several TPG Lounge members wrote in recommending flying to Hawaii on Hawaiian Airlines — having flown it myself several times, it's probably the most fun way to get there — or on Alaska Airlines, which offers a super-nifty companion fare option.

"Flying on Hawaiian Airlines using their credit card. You can fly in first class for as little as 40,000 miles, but [those fares] are hard to find." — Michael S.

"Alaska miles: book one coach ticket, use miles to upgrade to first class, use the companion ticket, upgrade again, voila! We got two first-class tickets for about $600!" — Lisa S.A.

"Alaska. Buy one ticket, use the companion fare for the second and miles for the third. Makes it relatively cheap to get three of us there every year." — Brian K.

"Mostly, I use Alaska's companion fare. I love the low-fare guarantee — it's a shame it's going away — so we book early regardless of fare and then claim the refund when prices go down during sales." — Steve S.

Perhaps the easiest way to fly to Hawaii is to use miles earned through the big three US carriers — Delta, American and United — since they offer the most options from the most cities, and even more combinations through their respective partner airlines.

"Got an awesome redemption on Delta last October to Honolulu (HNL) from Tampa (TPA) for 18,000 miles a person." — William D.Y.

"Delta Airlines has great deals if you do a layover in Los Angeles (LAX) there and either San Francisco (SFO) or Salt Lake City (SLC) on the way home." — Kathleen M.S.

"Fly AA through Dallas (DFW). It's the same number of points as other routes but on a 777-200 with lie-flat business-class seats." — Heather R.Z.

"Two years ago, I took advantage of a promotion and used 70,000 United miles for two round-trip tickets from Los Angeles (LAX) to Honolulu (HNL). Then I used 50,000 Barclaycard Arrival miles to take $500 off our stay at Hilton Hawaiian Village. Our now three-year-old was still a lap child at the time. With the money saved, we splurged for Economy+ and rented a Jeep for a day to explore the island." — Christopher N.

"Flying United direct from Denver, but plan way ahead as these flights are popular. Just did a quick check and I found quite a bit of availability at 22,500 miles each way for the next six to nine months." — Corey B.

"Used American Airline miles for the flight to Maui and Marriott points for a five-night stay at the Ritz-Carlton Kapalua — book five nights on points for the price of four." — Ben P.

Some of our TPG Lounge readers responded with tips for booking flights to Hawaii through the American Express Membership Rewards program, transferring MR points over to Delta or converting them to British Airways Avios to get the biggest bang for their buck.

"Delta round-trip for 30,000 miles anywhere in the US booked via Air France, with points transferred from Amex Membership Rewards." — Lee S.

"Being on the West Coast, Avios are the best deal yet. It's 50,000 Avios for two round-trip tickets to Maui so I frequently move MR points over for this. Just wait for an Amex transfer bonus like we did — we used 36,000 MR points for two tickets." — Ed M.

"The best way we have found in lie-flat business class from Boston is to book United through the Amex portal and pay with points to get the 35% points rebate. We have done this three times." — Rebecca S.

Others suggested using Chase Ultimate Rewards, booking through the actual Chase portal or transferring to airline partners like British Airways, among others.

"[Transfer] Chase Ultimate Rewards to Avios — it's 25,000 from Los Angeles to Hawaii on either American Airlines or Alaska Airlines. I have done this the last four years for four tickets each year." — Shawn W.

"When prices go down, the 25,000 UR points sweet spot is even sweeter. From Los Angeles, a round-trip ticket dropped for $247. If you have UR points, you could book the same flight with your Chase Sapphire Reserve card using the Chase portal for 16,000 UR points round-trip." — Jason F.

"For my party of six, we transferred Chase Ultimate Rewards to British Airways, then booked American Airlines for 25,000 UR points plus $11 in taxes per person. We've done it many times including two summers in a row, and even booked last-minute going to Maui and Kauai during the Fourth of July. We've also booked via Chase UR points transferred to Korean Airlines (RIP) and have flown Delta and Hawaiian Airlines. Two summers ago, I was able to get 21 of us to Hawaii, all with points. Aloha!" — Jason F.

Don’t Use Points and Miles at All

Of course, another option is to not use points and miles to get to Hawaii since prices are getting cheaper and cheaper all the time, especially from the West Coast.

"Don’t waste your points going to Hawaii because there are some crazy low airfares right now from virtually every place in the United States to the various Hawaiian Islands." — Greg T.

"With all the recent fares under $300 from the West Coast, just buy a ticket and collect the miles." — Ronald S.W.

"I got [a ticket from] Detroit to Kauai for $380, and I can't wait! It was on United. I found it through Scott's Cheap Flights, which I highly recommend signing up if you haven't already since they list tons of great fares like this! As long as you are flexible, you can get great deals." — Tracy J.

"Last time I went, I flew American Airlines out there and Delta back. Looking forward to the companion pass on Southwest!" — Mark K.

"It was $245 round-trip from the West Coast so I'm heading to Kauai this week thanks to those rates. Delta had the point redemption at 19,000 miles round-trip as well." — Jay Z.