Articles
Kaeli Conforti is a digital nomad and has been backpacking solo around Southeast Asia, Australia and New Zealand since January 2018. She loves inspiring others to travel the world and create their own adventures.
Follow
Feb. 17, 2019
•
7 min read 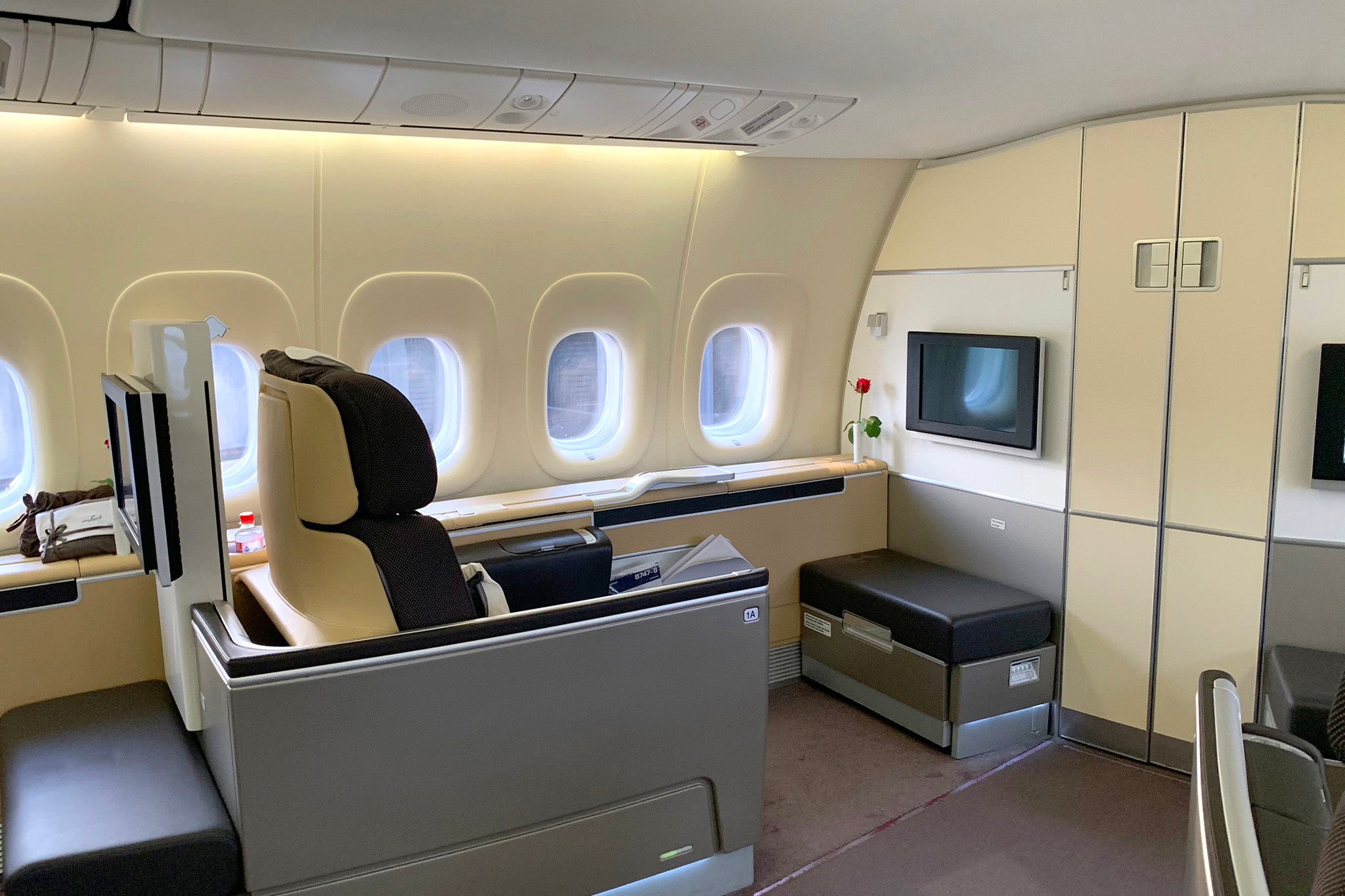 There's nothing quite like the thrill of cashing in on a truly remarkable redemption, except maybe getting the chance to humblebrag about it later. A few weeks ago, we asked our TPG Lounge members to tell us about the best flight redemptions they'd been able to score in 2018. Here's a look at some of our favorite answers. (Some responses have been lightly edited for style and clarity).

From flights to Barcelona (BCN) and Amsterdam (AMS) to experiences in fabulous first and business class products, our TPG Lounge members never fail when it comes to impressing us with their favorite flight redemptions to Europe.

"Four of us ladies got the Barclaycard AAdvantage Aviator Red World Elite Mastercard and flew to Barcelona — and back to Knoxville (TYS) from Amsterdam — on 60,000 miles." — Vickey A.

"Originally booked SAS from Bologna, Italy (BLQ) to Newark (EWR) for 70,000 United miles each for wife and myself. On the main leg from Copenhagen (CPH) to EWR, the plane was switched for the Torfinn Viking. I called SAS and they refunded 40,000 UA miles each, so [we flew] BLQ-EWR in business class for 30,000 miles per person." — Larry S.

"100,000 Chase Ultimate Rewards points for two Delta One seats from Detroit (DTW) to Amsterdam. Booked through the Virgin site but actually heard about the sale from TPG. [This was] for two tickets one-way." — John L.

"87,500 United miles for the following: Cleveland (CLE) to London-Heathrow (LHR) in business class with a two day layover in London, LHR to Shannon, Ireland (SNN) and then SNN to Canton, Ohio (CAK)." — Dawn D.

"DFW-IAD-FRA-BLR [Dallas-Fort Worth to Washington-Dulles, to Frankfurt, to Bengaluru, India) for my stepmother. All long-hauls in Lufthansa First for 140,000 United miles." — Bert W.

Adventures in Asia, Africa and the Middle East

Several TPG Lounge readers said they'd cashed in their precious points and miles for epic first class flights aboard Cathay Pacific, Thai Airways and JAL, among others, while some treasured taking a shower in the sky in Etihad's Apartment.

"Hands down, Cathay First from Tokyo (NRT) to Hong Kong (HKG) with a three-day stopover, then to Chicago (ORD). 21 hours in top-notch first class for 70,000 Alaska miles that I earned almost entirely without flying." — Alex B.

"82,500 AAdvantage miles for Sydney-Tokyo-Bangkok-Hong Kong all in J on Qantas, JAL and Cathay Pacific." — Aaron N.

"Detroit to Dubai on Delta/Air France in business class for 84,500 SkyMiles." — Robin T.

Trips to the US, Mexico and South America

Some members of our TPG Lounge recalled memorable first-class flights to Hawaii on Delta, while others were able to take the family to Argentina or get engaged in their favorite city thanks to points and miles.

"Probably 25,000 Southwest points [for a] round-trip [flight from] Boston to San Jose — for two, since I used my Companion Pass — because we ended up getting engaged on that trip." — Kristen L.