Articles
Kaeli Conforti is a digital nomad and has been backpacking solo around Southeast Asia, Australia and New Zealand since January 2018. She loves inspiring others to travel the world and create their own adventures.
Follow
Oct. 20, 2019
•
7 min read 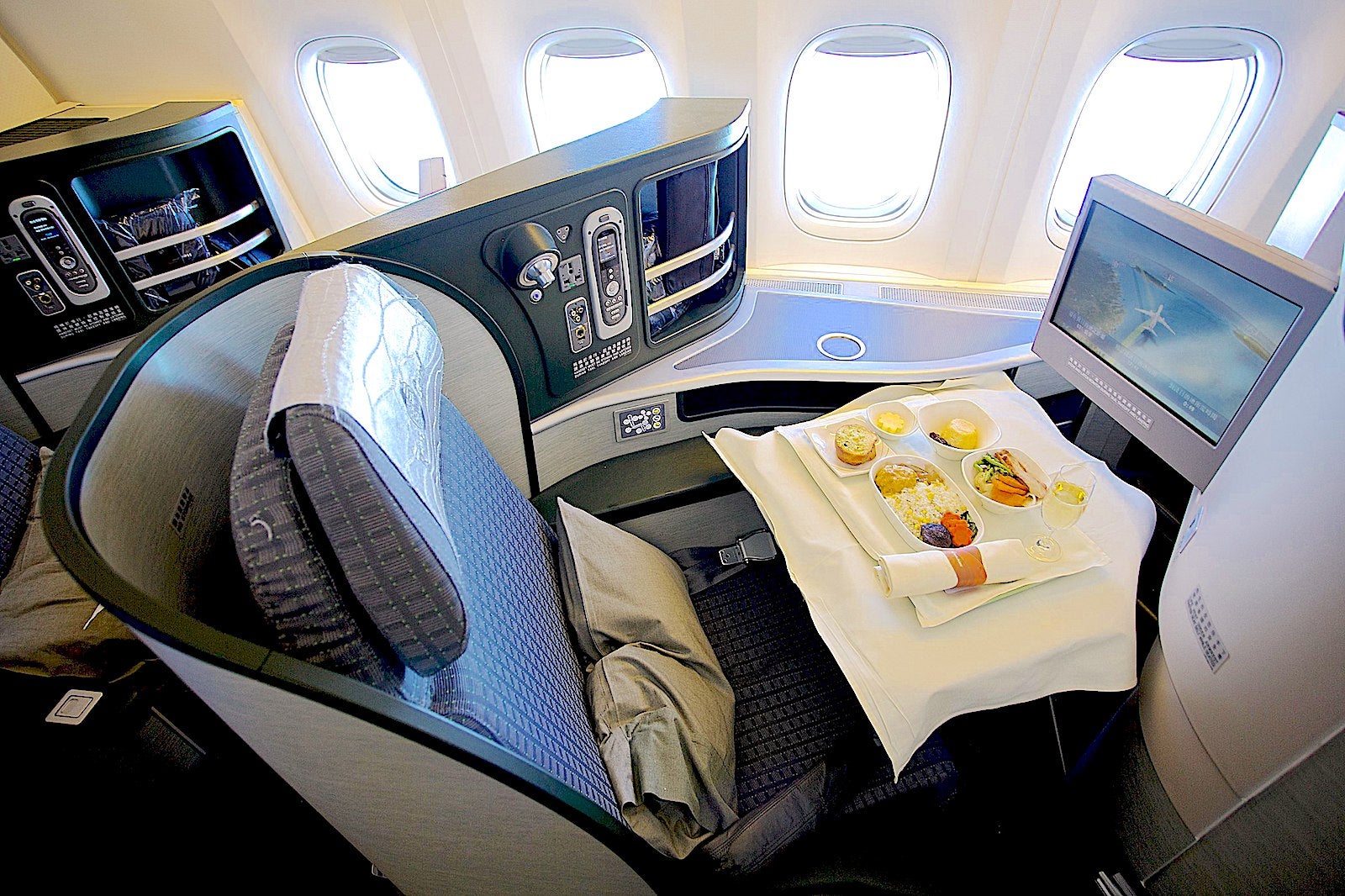 TPG readers' best award flight redemptions so far this year
This post contains references to products from one or more of our advertisers. We may receive compensation when you click on links to those products. Terms apply to the offers listed on this page. For an explanation of our Advertising Policy, visit this page.

We recently asked our TPG Lounge readers to share their best award flight redemptions of 2019 so far. Here’s a look at some of our favorite answers. (Some responses have been lightly edited for style and clarity).

Redemptions to Hawaii, Nassau and Europe

When it comes to redeeming airline miles, our TPG Lounge members certainly know how to get the biggest bang for their buck, whether it's scoring (nearly) free flights to Hawaii, the Bahamas or all over Europe.

"Two round-trip Delta One tickets from Detroit to Honolulu for 150,000 Virgin Atlantic Flying Club miles for tickets that were $2,800 a piece." — Ryan W.

"Five round-trip flights from Los Angeles to Nassau (via Fort Lauderdale) on Southwest for 76,000 Rapid Rewards points plus $56 in taxes. We volunteered for the Bahamas Red Cross, helped triage evacuees from islands affected by Hurricane Dorian, and packed supplies to send." — Shey M.T.

"20,000 Avios and $80 for an American Airlines flight from New York to Barcelona booked three days before departure." — Yevgeny K.

"100,000 Alaska Mileage Plan miles and $17 to fly round-trip from Seattle to Budapest in business class on American Airlines." — Maria B.

"I used United's Excursionist Perk earlier this year, to fly in economy from Boston to Geneva, Zurich to Santorini and New Delhi to Boston for a total of 72,500 miles and $125 in taxes. I drove through beautiful Switzerland from Geneva to Zurich, and spent five days there. For the Greece to New Delhi leg, I used 20,000 AA miles on flights operated by Etihad." — Karan B.

Adventures in Asia, Australia and the Middle East

Our TPG Lounge readers never fail to impress us with their airline award redemptions, allowing them to reach their final destinations in style aboard some of the best business- and first-class products in the skies.

"80,000 United miles to fly from San Francisco to Taipei in EVA Air's Royal Laurel business class, then 50,000 Alaska miles for the way back from Hong Kong in Cathay Pacific business class." — Peter L.

"Houston to Tokyo in ANA first class for the Olympics next year for my wife and daughter. 90,000 miles each using Avianca Lifemiles made even better with the transfer bonus of points into the program." — Jan S.

"65,000 United miles [to fly in] business class from Singapore to Bangkok and Royal first from Bangkok to Sydney on Thai Airways." — Kevin L.

Related: How to travel to Japan using points and miles

"EVA business class is definitely one of the best-kept secrets for Star Alliance redemptions with good availability. Redeemed 70,000 Aeroplan miles [to fly from] Singapore to New York and would do so again in a heartbeat." — Eric L.

"Transferred 63,000 Citi ThankYou points to Avianca LifeMiles when the 20 percent transfer bonus was offered, then redeemed 78,000 LifeMiles to fly in business class from Chicago (ORD) to Taipei (TPE) to Bali (DPS) on EVA Air. I'm going to ride a Hello Kitty plane on both legs two weeks from now!" — William T.

"I snagged what was supposed to be a mixed-cabin award trip for 55,000 miles and $120 in fees via Alaska Airlines Mileage Plan. The trip was from Cairns (CNS) to Brisbane (BNE) to Melbourne (MEL) to San Francisco (SFO) to Los Angeles (LAX) with a two-day stopover in Melbourne. Somehow the leg that would have normally been in coach, MEL-SFO, was in business class, so I ended up in business class from CNS-BNE, BNE-MEL, MEL-SFO, and in first class from SFO-LAX. That 14-hour trip from MEL to SFO in a lie-flat seat was heaven! I slept for eight or nine hours." — Glen M.

"140,000 AAdvantage miles to fly back with my wife from the Maldives in Qatar Airways Qsuites the whole way from Male (MLE) to Doha (DOH) to Chicago (ORD). Great end to our honeymoon." — Bryan D.