Articles
Kaeli Conforti is a digital nomad and has been backpacking solo around Southeast Asia, Australia and New Zealand since January 2018. She loves inspiring others to travel the world and create their own adventures.
Follow
Oct. 06, 2019
•
8 min read 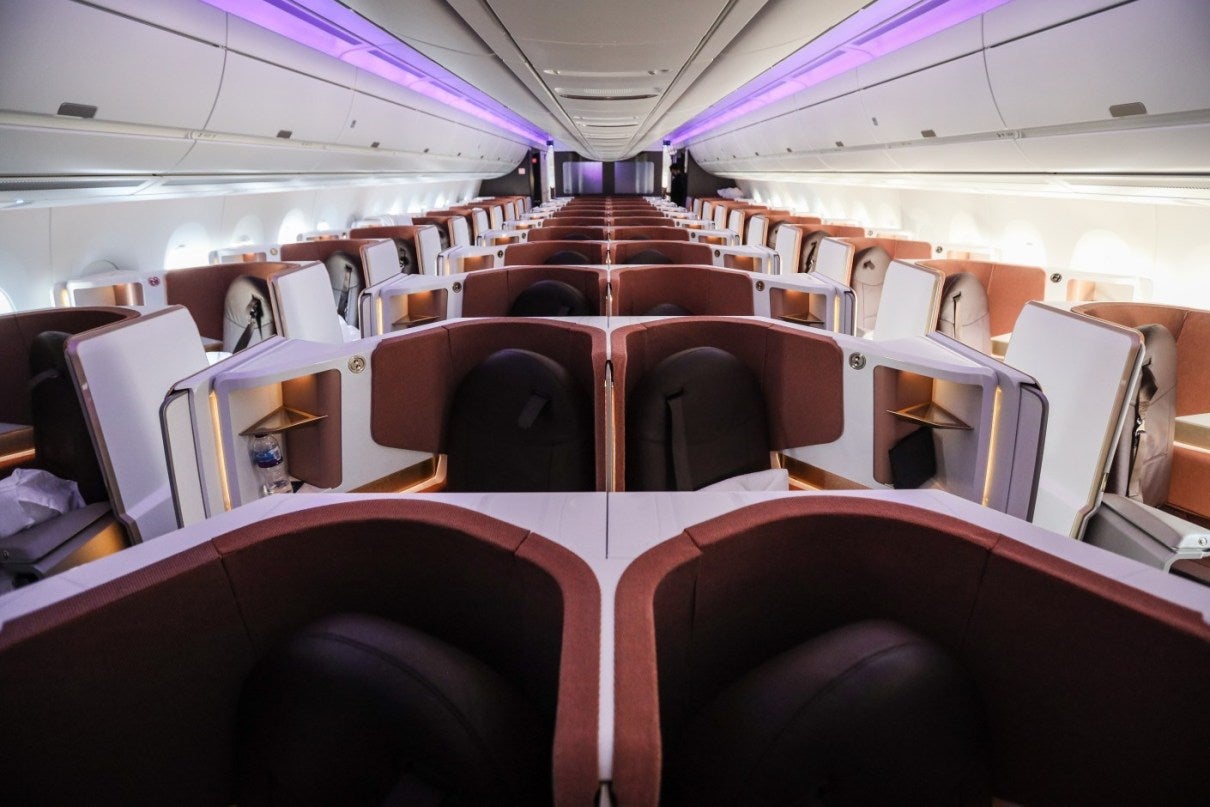 We recently asked our TPG Lounge audience to share their greatest success stories with Virgin Atlantic Flying Club. Here’s a look at some of our favorite answers. (Some responses have been lightly edited for style and clarity.)

Epic Flights to Europe, Hawaii and the Middle East

Delta One Suites were a major hit among our TPG Lounge members, many of whom said they'd used Virgin Atlantic Flying Club miles to arrive in style on the 777 and A350, while others said they appreciated Delta's business-class products.

"50,000 miles to fly from Atlanta (ATL) to Paris (CDG) in Delta One Suites on the 777. Sadly, the transfer bonus wasn't around until after I booked. I did use a transfer bonus to Flying Blue on the same trip for my friend, though." — Ross B.

"Round-trip on Delta to Europe for 100,000 Flying Club miles, but with a 30% transfer bonus from American Express. Open jaw from Indianapolis (IND) to Paris (CDG), then Amsterdam (AMS) to Detroit (DTW) in Delta One Suites on the A350." — Richard R.

Flying in long-haul luxury to Asia and Oceania

Some TPG Lounge readers used their Virgin Atlantic Flying Club miles to book partner airlines like ANA and Air New Zealand, while others saved by taking advantage of a 30% transfer bonus from American Express to Virgin Atlantic.

"Booked two first-class round-trip tickets from Los Angeles to Japan via ANA, valued at $35,000. Took advantage of the 30% transfer bonus from American Express Membership Rewards to Virgin Atlantic. I needed a total of 220,000 Virgin Flying Club miles, and it saved me from using 51,000 Amex MRs. Our only out-of-pocket expense was roughly $500 total in fees for the two of us. #konnichiwa." — Jason F.

We love it when our TPG Lounge members get so involved in a topic they end up chiming in with tips based on their own experiences. That's what happened when reader George S. said this Facebook conversation was encouraging him to transfer his remaining Citi ThankYou points to Virgin Atlantic.

"I’m going to need to find a home for 50,000 ThankYou points from the Citi Prestige card I’m about to close. These ideas have me thinking Virgin is a good option." — George S.

"With anything, finding availability is the key, so maybe play around with some random city and date combinations just to see if it works for the cities you're traveling from or want to go to. One annoying thing about Virgin is that they don't have a lot of cities available. I'm trying to go to Buenos Aires (EZE) and you can't search Virgin for EZE even though Delta flies there. There were some articles about how to hack Virgin's search to find airports that don't naturally show up but I haven't gotten it to work. Virgin also charges by segment so it's really only useful if there's a nonstop Delta flight between the locations you want. If you have to connect, they charge you per segment, so just be aware." — David P.

"Yes, I agree with all of David's points. Virgin has a relatively limited number of destinations so there are a lot of cities — even major European ones — that just don't show up at all for booking on the website. And that issue of charging by segment can be annoying, too. When I used Virgin Atlantic Flying Club miles to fly Delta One Suites to Paris (CDG), I ended up just booking a separate positioning flight to Atlanta (ATL) because of that. It was 50,000 miles to fly from ATL-CDG in Delta One Suites, but it would have been 75,000 if I had added on the 35-minute hop down to ATL from Nashville (BNA) on the same ticket. It was definitely worth the hassle of booking a separate positioning flight, but still kind of annoying. I will also second what David said about availability. If I had not been very flexible with my dates, I wouldn't have been able to get the ATL-CDG Delta One flight." — Ross B.

"I just search on partners like Air France or United to get around their site restrictions. United's site is great as well for Air New Zealand availability, which you can then book using VS." — Prash K.

"Air France's website is good for seeing partner availability for booking onto Delta flights. It does sometimes show phantom availability though, which can be pretty annoying. It's always good to call to confirm availability before transferring any miles there." — Ross B.

Our TPG Lounge crowd came to the rescue once more when reader Lee C. asked about the best ways to search for deals for Virgin Atlantic and its partners.

"Any tips on searching? I can never find these deals I read so much about. I transferred about 120,000 miles to Virgin Atlantic but cannot find any Delta One availability with miles. Heck, I am even having trouble finding economy unless it’s to or from London (LHR)." — Lee C.

"Not sure if last-minute is better but I randomly searched some dates this month from Seattle and found that flying this Friday had availability. When I did my flight, I also left within a few days. How are you currently searching?" — David P.

"Coming from Los Angeles and I usually just search through the Virgin Atlantic app. I also looked for Delta hubs like New York (JFK) but most of the time, I just get the message that nothing is available." — Lee C.

"Got it. Where are you trying to go? Asia or Europe? I’ve only played around with Virgin bookings a little bit and availability is tough, but I’ve generally found going to Asia to have more options than going to Europe." — David P.

"I used to search Delta and find the cheapest option, then to go Air France and hope I could even find anything. And I usually ended up calling." — Mike B.