Virgin Atlantic unveils plans for new routes, including in the U.S. 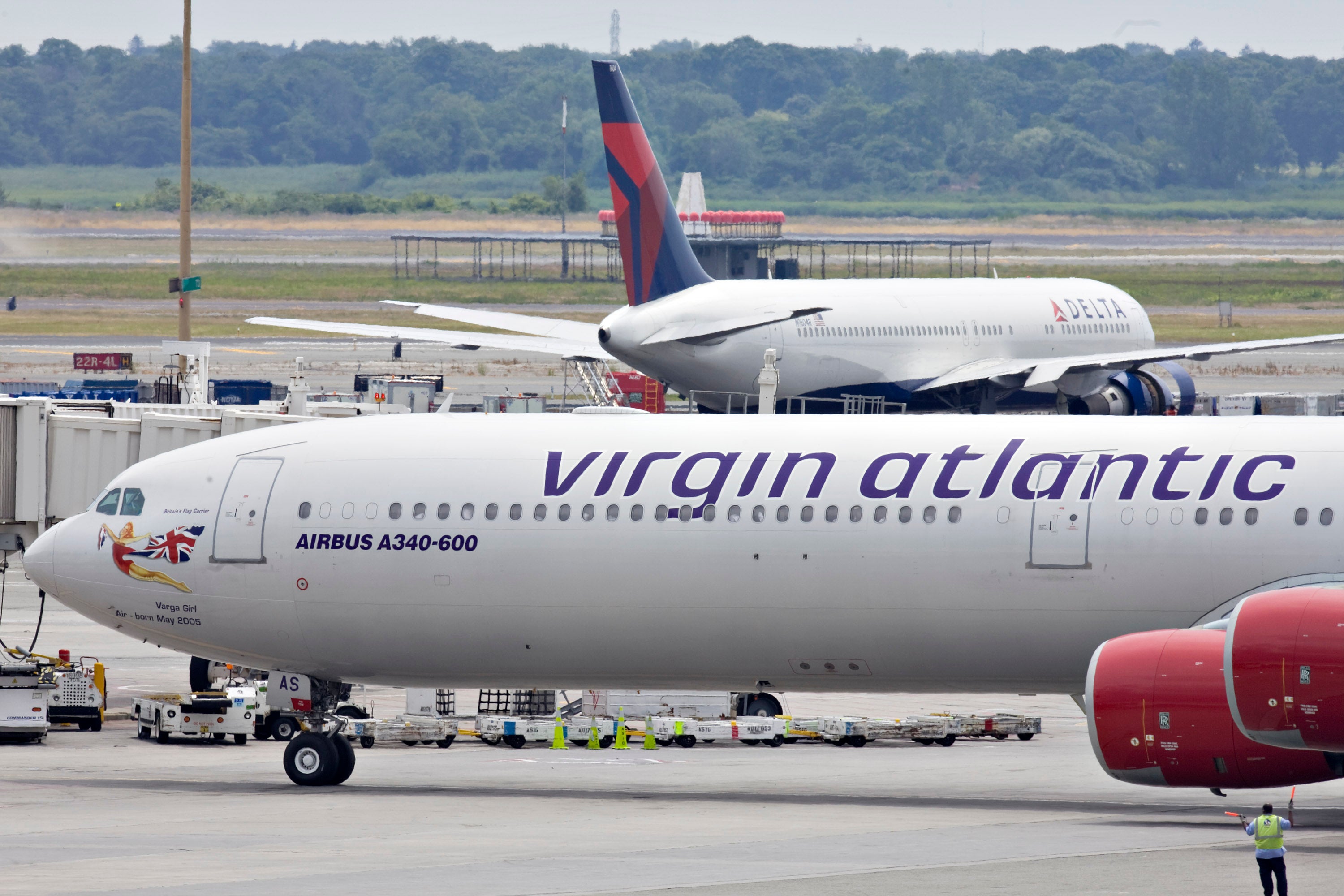 Virgin Atlantic unveils plans for new routes, including in the U.S.
This post contains references to products from one or more of our advertisers. We may receive compensation when you click on links to those products. Terms apply to the offers listed on this page. For an explanation of our Advertising Policy, visit this page.

Virgin Atlantic is vowing to offer its passengers more choice with 84 new routes from London Heathrow. The new services would include 12 domestic, 37 European and 35 long-haul destinations out of its main hub airport, but it comes with a major caveat: The carrier says the new routes will be introduced by 2026 and would happen only "if the Government reforms the way new Heathrow slots are allocated to enable the creation of a second flag carrier at the airport".

That makes Virgin Atlantic's proposed routes at London's slot-controlled and capacity-constrained airport just that: a proposal. The move is likely designed to win support among the public and politicians amid long-time efforts to expand Heathrow and increase capacity. When and if the expansion happens, airlines are all certain to lobby heavily for new slots at an airport where British Airways is currently the top carrier.

But if Virgin Atlantic were able to follow through on its Heathrow expansion pledge, the airline's total number of destinations served from Heathrow by the middle of next decade would jump to 103 — a whopping four times the size of the airline's planned route network for 2020.

"Air passengers need a choice and Virgin Atlantic is ready to deliver when Heathrow expands," said a statement.

Perhaps the most interesting part of the plan for U.S. flyers is the addition of several U.S. cities to the network. If all goes to plan, the additions would include Raleigh-Durham, Chicago and Denver.

The plan also imagines 12 new U.K. routes. Exeter (EXT), Liverpool (LPL), Jersey (JER) and Guernsey (GCI) are four destinations that currently have no direct service to Heathrow at all, meaning that a greater percentage of the U.K. population would be connected to London and the rest of the world. The other eight destinations — all airports that are already served by either British Airways or FlyBe — include the following: Aberdeen (ABZ), Belfast (BHD), Edinburgh (EDI), Glasgow (GLA), Inverness (INV), Manchester (MAN), Newcastle (NCL) and Newquay (NQY).

The rest of Virgin's proposed destinations are served by at least two other airlines, according to the carrier. Rotterdam (RTM) in the Netherlands would be a destination that would gain Heathrow access if Virgin Atlantic were able to follow through on its proposal.

This is how the proposed route map for Europe would look in 2026:

There also are several long-haul destination in the airline's plans, which, if realized, would mean new and first-time direct routes to cities such as Kolkata (CCU), India; Jakarta (CGK), Indonesia; and Panama City (PTY). Here's a glimpse into what the route additions could look like:

Why are we excited by this? It's a well-known fact that whatever the industry, competition drives down prices. Virgin Atlantic beginning operations on routes that are currently flown by only one other airline should reduce fares on these routes and connect more passengers from all over the U.K. to the rest of Europe and the world.

Virgin Atlantic contends passengers may be paying up to 10% more on their airfares because of what it calls the British Airways/IAG "monopoly" at the airport. Not only that, but the additional routes will hopefully mean more options for Virgin Flying Club members to earn and use miles.

What are the chances of this actually happening? Well, we really shouldn't get ahead of ourselves, as 2026 is still many years away, and there are a couple of crucial things that must happen before we can really get excited. First and foremost, the third runway actually needs to get built. Secondly, the new route network can only come to fruition if the airline is granted the use of new slots after the proposed construction of Heathrow's third runway. Heathrow Airport is currently dominated by British Airways and other IAG member airlines with around 55% of the takeoff and landing-slot capacity owned by IAG.

Virgin Atlantic does have the government on its side. The government's Aviation Strategy Green Paper has a primary objective of making sure that slot allocation at Heathrow facilitates competition to benefit passengers with more choice, as well as lower, more affordable fares. The paper also includes objectives to improve domestic connectivity and serve new destinations from the U.K. as well as current destinations which are being underserved. Virgin's ambitious plan would certainly tick all of those boxes so for the mean time, we'll just have to watch this space ....