Articles
Kaeli Conforti is a digital nomad and has been backpacking solo around Southeast Asia, Australia and New Zealand since January 2018. She loves inspiring others to travel the world and create their own adventures.
Follow
July 07, 2019
•
8 min read 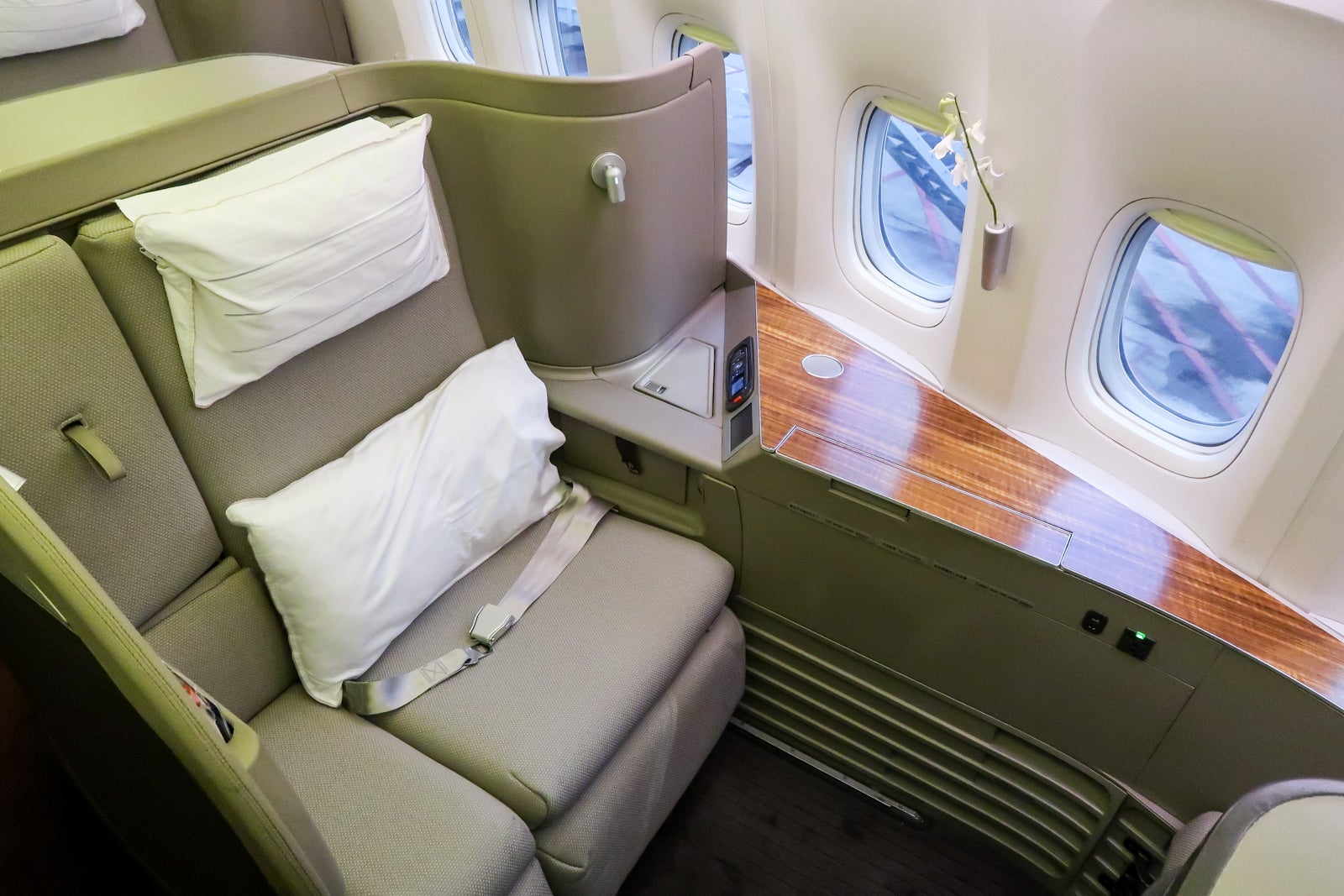 TPG Readers’ Best Alaska Airlines Partner Redemption Success Stories
This post contains references to products from one or more of our advertisers. We may receive compensation when you click on links to those products. Terms apply to the offers listed on this page. For an explanation of our Advertising Policy, visit this page.

We recently asked our TPG Lounge audience to share their greatest success stories for partner award redemptions with the Alaska Airlines Mileage Plan loyalty program. Here’s a look at some of our favorite answers. (Some responses have been lightly edited for style and clarity).

One of the biggest perks of flying with Alaska Airlines partners is the ability to tack on a free stopover in the hub city of that airline. In other words, if you were flying from the US to Bangkok (BKK) via Hong Kong (HKG) on Cathay Pacific, you could enjoy a stay in Hong Kong before continuing onto your final destination. Here's a look at how the savvy members of our TPG Lounge used this trick to spice up their trips.

"My biggest success was when I redeemed 55,000 Alaska miles for Qantas business class. I flew from New York-JFK to LAX on the 787-9, then snagged one of only two business class award seats that popped up on the A380 to fly from LA to Melbourne (MEL). And since Alaska allows both stopovers and open-jaws on one-way tickets, I tacked on an 18-day stopover from Melbourne and an open-jaw gap to Brisbane (BNE) to explore the east coast of Australia. I'll then fly on a six-hour domestic Qantas business-class segment from Brisbane to Perth on the A330-200 at no extra cost. The full cash fare was around $13,000 but I paid 55,000 Alaska Mileage Plan miles and $49 in taxes and fees." — Matthew T.

"50,000 miles for business class from San Francisco (SFO) to Hong Kong (HKG), then on to Sydney (SYD) several days later. I love the free stopover benefit and essentially got two long-haul flights for one redemption." — Phil S.

"Emirates First Class from New York-JFK to Dubai with a stopover in Hong Kong (HKG) for 100,000 miles. Since then, twice in Cathay Pacific first class for 70,000 from Hong Kong to New York-JFK, once nonstop and once with a Vancouver stopover, and one more on Cathay Pacific in business class for 50,000 from Newark (EWR) to Shanghai (PVG) on the A350. All were booked via phone call to an Alaska agent." — Michael T.C.

"Just completed a trip to Hong Kong and Tokyo. Did a stopover in Hong Kong with Cathay Pacific — two F seats for 70,000 miles each — then flew nonstop back to Seattle in JAL 787 J for 65,000 miles each. Also found Qantas First space to Sydney in December for 70,000 miles each. For Cathay, you need to call Alaska for any reservations. The agents know you can do a stopover and you just need to tell them how long you want. Unfortunately, I had to book 330 days out (max time) as it’s pretty tough to snag Cathay seats after all the error fares they honored, but it’s possible!" — Eric N.

"It's all about the free stopovers! Flew Seattle (SEA) to Hong Kong (HKG), did a one-week stopover, and HKG to Brisbane (BNE) for 60,000 in CX business class. Flew Auckland (AKL) to Nadi, Fiji (NAN) for a four-day stopover, then NAN to San Francisco (SFO) for 55,000 in Fiji business class. Flew from Honolulu (HNL) to Seattle (SEA) for a two-month stopover at home, then from SEA to Paris (CDG) for 22,500 miles in AS/AA economy. Flew from Honolulu (HNL) to Los Angeles (LAX) for a three-day stop, then LAX-SEA for 17,500 miles in AS economy over the holidays." — Larry M.

"25,000 miles from Singapore to New Delhi with a five-day stopover in Tokyo. Flew in JAL business class and a combined duration of around 14 hours. Best redemption ever." — Nitin M.

From flights to Croatia on Condor to an inspiring adventure across the globe, here's how our intrepid TPG Lounge readers have used Mileage Plan partners to see the world.

"Just booked my first AS international redemption so we'll see how it goes! Not first class by any means, just 25,000 miles and $68 for Seattle to Mykonos in late-August on Alaska and Condor." — Anna G.

"70,000 miles to fly from India to Hong Kong in business class and Hong Kong to Chicago on Cathay First" — Avi M.

"How many ways do I love Alaska miles? Flew from LA to Seoul (ICN) to Sapporo (CTS) three years ago in business on Korean Airlines for 105,000 miles round-trip plus $60 in taxes. Last year, we flew from Tokyo (NRT) to LAX on JAL in first for 70,000 miles each. Planning to fly from LAX to Melbourne (MEL) in first on Qantas in March — booked two seats for 70,000 each — then from Brisbane (BNE) back to LAX in premium economy on Qantas for 47,500 AS miles each. Such a fantastically flexible program and the agents always want to help. They'll say, 'I don't see any seats on those flights today but call back in a few hours.'"— Paul L.