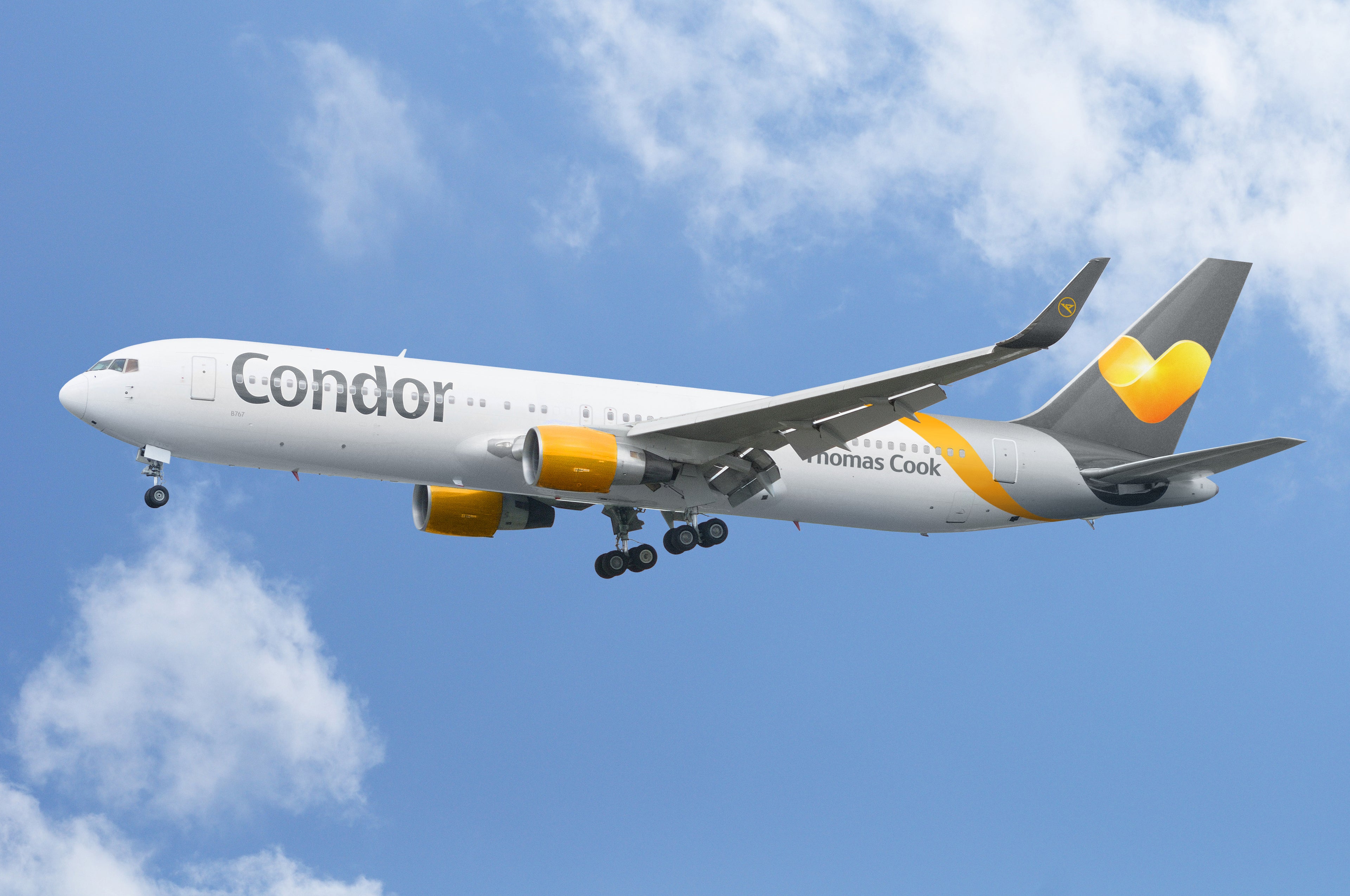 Alaska's New Mileage Plan Partnership with Condor
This post contains references to products from one or more of our advertisers. We may receive compensation when you click on links to those products. Terms apply to the offers listed on this page. For an explanation of our Advertising Policy, visit this page.

Update 5/16/17: Condor award redemptions are now live! While we haven't been able to track down many business-class awards, there's a fair amount of economy and premium economy space open. Note, however, that Condor's economy fares tend to be quite reasonable, so be sure to price out a revenue ticket before booking with miles.

Condor awards are priced at 25,000 miles each way in economy, 45,000 in premium economy and 55,000 in business class. You'll also be responsible for taxes, which can exceed $100 on some one-way flights from Europe.

Update 3/20/17: Alaska has now officially announced the partnership. In doing so, it's revealed the earning chart for flights on Condor — and the rates are surprisingly good for a low-cost carrier:

That's 300% of miles flown for Condor's business class product, which features mostly-flat seats, free checked bags and a "gourmet menu". And the fares on Condor's business class product can be quite reasonable. One-way rates from Austin (AUS) to Frankfurt (FRA) start at just $769. This flight would earn 15,930 Alaska MileagePlan miles, which is valued at $303 based on TPG's latest valuation of Alaska miles.

Last May, Alaska announced a partnership with Japan Airlines, with award redemptions available starting in December. Now, according to a leak we received, Alaska Airlines is adding its 18th Mileage Plan airline partner: Condor.

Haven't heard of Condor? Here's a quick briefer: Condor is a German-based low-cost carrier, in many ways similar to Norwegian Air Shuttle. So, you'll have to pay for checked bags, but you can keep a free carry-on bag — limited to just 13 lbs — and a personal item. Condor also charges for advanced seat selection on its cheapest fares. However, you do get a free hot meal, cold breakfast and non-alcoholic drinks on long-haul flights.

Economy seats are going to be similar to what you're going to find in most economy cabins now, but a bit tighter than even what you'd find on Norwegian: 30-inch pitch and 17-inch wide seats.

If you're looking for a low-cost way to travel in mostly lie-flat seats, Condor's business class provides a 170-degree recline, two checked bags, in-seat power, lounge access, a 15-inch entertainment screen and a "gourmet menu" of food and drinks.

Condor flies from 16 North American airports — ten of which are in the US:

Earning: You'll be able to earn Alaska Mileage Plan miles for flights on Condor beginning tomorrow, March 20th. We haven't seen the mileage accrual chart yet, so we're not sure how flights will accrue. Condor currently only partners with Lufthansa's Miles & More program. However, the earning rates are rather poor with that program — starting at just 250 miles for a flight from the US to Germany. For those not collecting Miles & More miles, getting any number of Alaska Mileage Plan miles for these flights will be better than nothing.

Redeeming: You'll also be able to redeem Alaska Mileage Plan miles for flights on Condor. Unfortunately, this won't be going live tomorrow due to a "technical issue." Once you can redeem, there are some decent options — at least if you can get level 1 award availability:

In the fine print, Europe is fairly liberally defined. But, as a European leisure-destination focused airline, you're not going to be able to use Condor to fly to "standard" European destinations such as London and Paris. Instead, 25,000 Alaska miles will be able to take you one way to any of the following destinations:

Other details on award redemptions:

Alaska Airlines' Mileage Plan is already one of our favorite airline award programs. With the addition of its 18th airline partner, you'll now have even more options than before.