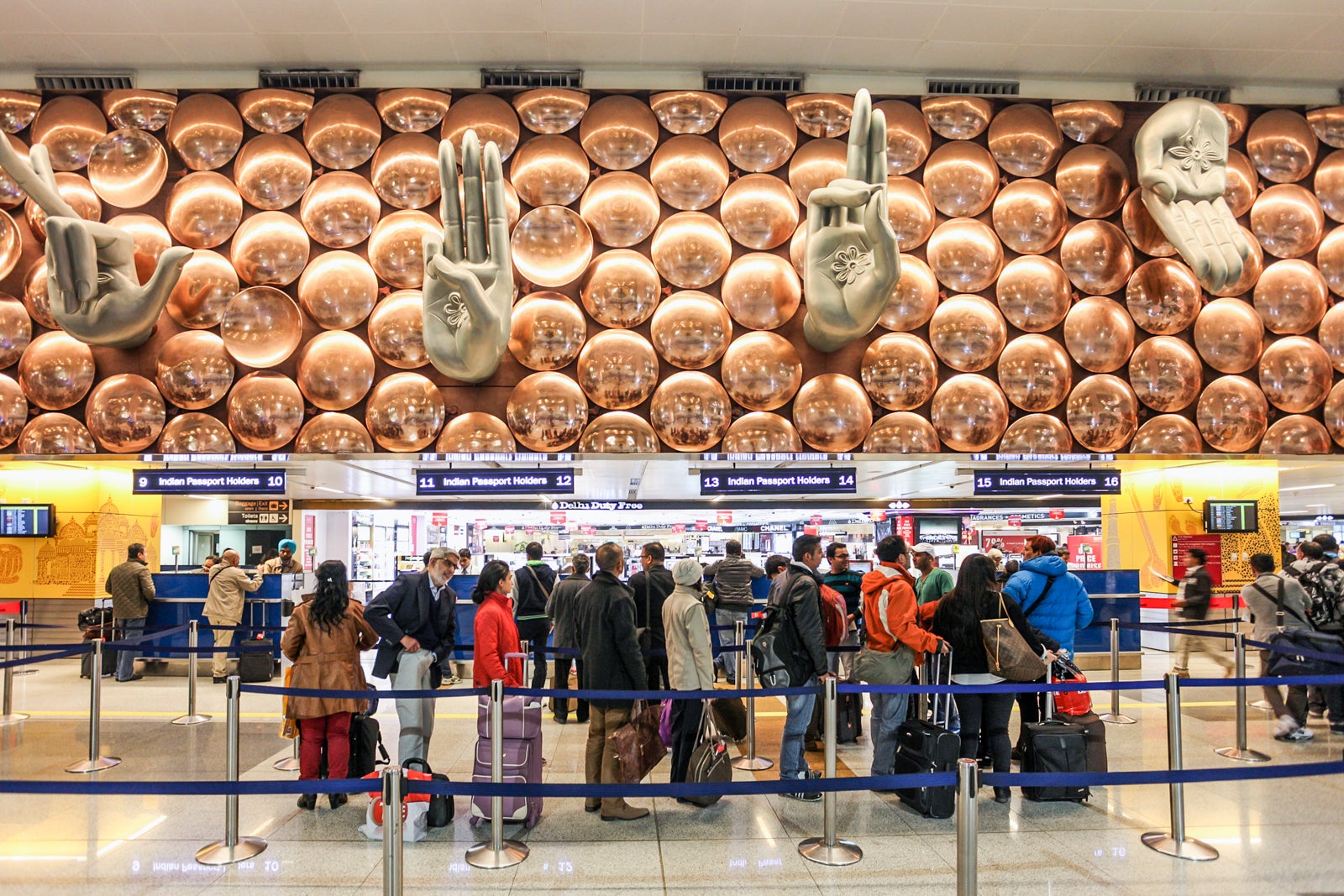 A Failed Rendezvous in New Delhi — Reader Mistake Story
This post contains references to products from one or more of our advertisers. We may receive compensation when you click on links to those products. Terms apply to the offers listed on this page. For an explanation of our Advertising Policy, visit this page.

Today, I want to share a story from TPG reader Jamie, who couldn't find his wife in an unfamiliar airport:

I was in Beijing for work and decided to come home via India for a bit of vacation. I planned to meet my wife in Mumbai where she was staying with friends, and together we would travel on to New Delhi. When my flight was delayed by a day, I decided to fly directly to New Delhi (DEL) to meet her as she flew in from Mumbai (BOM). We ensured our tickets would land us at the New Delhi airport around the same time and planned to meet at the baggage claim.

As the date approached, we found a hiccup in the plan. The New Delhi airport has separate terminals for international and domestic arrivals — so much for meeting at the baggage claim! However, the airport’s website said there was a shuttle between the terminals, and we figured she could take that to meet me. I was young and hadn’t traveled abroad much before. I was also cheap and thought Wi-Fi was everywhere, so we wouldn’t need to sort out SIM cards or how to buy a local phone.

I arrived at the airport and waited at the baggage claim for an hour ... no wife. At midnight, with the terminal largely abandoned (including the information desk and most airline counters), I begged my way onto the internet at the local airport lounge and tried to call her ... no answer. I called our friends in Mumbai, who said she got to the airport all right and should have arrived. I then learned a transfer ticket was required to ride the cross-terminal shuttle — a fact neglected on the airport website, and one that torpedoed our plan. I reasoned that upon failing to get on the shuttle, she would have proceeded directly to our hotel, so I hopped in a cab.

The hotel was there, but my wife was not. At this point I was seriously worried. It had been about two hours since we were supposed to meet, and I had heard not a bit from her. This was around the time that a few horror stories about assaults in India were making the rounds in US media, and all I could picture was disaster. Between frantic phone calls to anybody I could think of, I started Googling my wife’s name in the New Delhi police reports.

Exhausted after 12 hours of travel from Hong Kong and three stressful hours trying to find my wife, I went to sleep. I woke up an hour later to welcome news: a call from my wife, whose flight had simply been delayed. After landing, she negotiated her way onto the bus after all, reached the international terminal and even persuaded the armed guards to let her inside, but of course I wasn't there. Ever resourceful, she then persuaded a water vendor to loan her his phone so she could call our hotel. At long last we were reunited, though we were angry and frustrated with each other for days to come.

Here are my three lessons I learned the hard way about meeting up in an unfamiliar city: first, don’t skimp on your phone plans. If we had decent phone and data plans, our problems would have been solved in an instant. Second, exhaust all your options before leaving the scene. I could have called the airline to check on her flight, or asked the domestic terminal to make an announcement, or even asked the shuttle drivers if they had any American passengers without a transfer ticket. Any of those would have been better than just going to the hotel.

Third, if you do leave the rendezvous location, leave a blazing trail in your wake, and discuss with your partner where you might go. I should have left handwritten notes with the information desk, the airport lounge, the airline, and the guards out front. Instead, I simply walked out and got in a cab. Once my wife reached the international terminal, she had no idea whether I’d ever been there at all. My skin still crawls when we share this story, but all’s well that ends well.

Planning is an important part of travel, and though Jamie and his wife made at least some arrangements, they could have been more thorough. For one thing, baggage claims may cover a large area; choosing a more precise meeting point (like an individual baggage carousel, gate or airline ticketing counter) would have been prudent, especially in an unfamiliar airport with no ability to communicate. More critically, a contingency plan (like meeting at the hotel) would gave been a good idea in case other plans went awry. That said, preparedness doesn't solve everything.

Mike Tyson famously quipped that "everybody has plans until they get hit," and while he was talking about boxing, I think the quote applies to adverse situations in general. If you travel often enough, at some point your plans will go up in smoke no matter how comprehensive they are. Maybe you have a medical emergency, maybe your airline goes bankrupt, maybe your bags are stolen or maybe you just can't get phone service to arrange a rendezvous. Whatever the circumstances, how you respond can make all the difference.

Jamie panicked — understandable given his level of exhaustion and disorientation — and his reaction led him to overlook some obvious solutions like checking his wife's flight status. His story is a good reminder that if you find yourself in a jam, assuming you're not in imminent danger, it pays to take a few deep breaths and assess your options before you respond. To borrow a saying popular among emergency medical personnel, "don't just do something, stand there."

I appreciate this story, and I hope it can help other readers avoid making the same mistake. In appreciation for sharing this experience (and for allowing me to post it online), I’m sending Jamie a $200 airline gift card to enjoy on future travels, and I'd like to do the same for you. Please email your own travel mistake stories to info@thepointsguy.com, and put "Reader Mistake Story" in the subject line. Tell us how things went wrong, and (where applicable) how you made them right. Offer any wisdom you gained from the experience, and explain what the rest of us can do to avoid the same pitfalls.