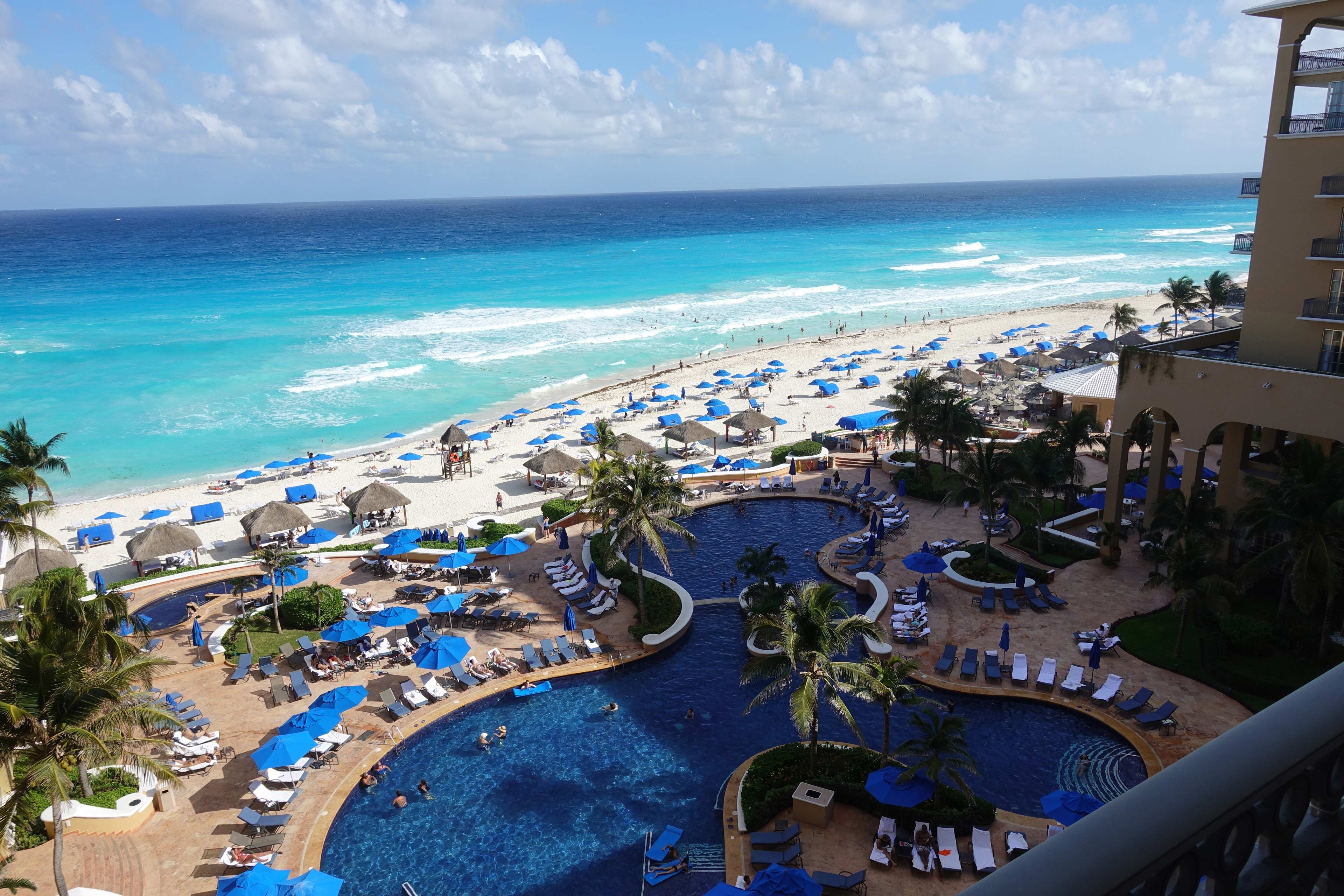 TPG Guest Pass: Josh Peck Takes on The Ritz-Carlton, Cancún
This post contains references to products from one or more of our advertisers. We may receive compensation when you click on links to those products. Terms apply to the offers listed on this page. For an explanation of our Advertising Policy, visit this page.

We're launching TPG Guest Pass Series, where celebrities and influencers will be sharing tales of their recent vacations booked with points and miles. First up is actor, comedian and YouTube personality Josh Peck. Known for his roles in Nickelodeon's Drake & Josh, movies like Red Dawn and Ice Age and now his YouTube channel, Peck's been a fan of TPG for years and jumped at the opportunity to go on a points-powered trip.

Peck traveled down to Mexico recently and roughed it at the Ritz-Carlton, Cancún for three nights. Read Josh's trip report below and find out how you can recreate this trip yourself using points and miles, at the bottom of the page.

I’m just like you. I rejoice when I see that Qatar has just revealed its Qsuites product or there's a new business-class seat around. I, too, marvel at the amount of airplane food TPG editor-at-large Zach Honig is able to consume and still maintain his svelte figure. I, like you, am an avid reader of TPG and love living vicariously through the staff's never-ending travel adventures, paid for by a rainbow of points as far as the eye can see. TPG and I have partnered together to show YOU how you can party like them and use your points to do it. So here I am, Josh Peck, a traveling neophyte, a lowly Points Boy, sharing my adventures with you.

My wife and I flew United’s 737 First class to Cancún (CUN) — it was lovely. Was it new? Nope. Did first class, on a Boeing 737, just mean a slightly bigger seat and a meal? Yup. But the crew was great and the food was totally fine, I'm sure. There was even a warm bread and danish basket. Very tempting. But...

I realize that we committed the cardinal sin of any TPG reviewer by not eating the in-flight meal, but my wife is a vegan so her options were limited, and knowing that I had to be shirtless in mere hours shut down my appetite temporarily. Cut to four hours later as I’m shoveling guacamole in my mouth like there was an avocado famine... Anyway, let me say it again — the crew was awesome and I find that the crew is usually the factor that can make or break a flight. I mean, they let me take pictures like this!

Okay. We’re in Cancún. Customs is, well, customs. Once we passed through without raising any red or even ombre flags, we were on our way to The Ritz-Carlton. The Ritz is one of those places that doesn’t disappoint. As is the case with any great hotel chain (Ritz-Carltons are a member of the Marriott family), the thing I value most is consistency, and knowing what to expect. That would probably explain my aversion to Airbnbs.

Check-in was a breeze and we were immediately given a complimentary upgrade when the front desk agent found out it was our honeymoon. If you're a couple and are traveling for a special occasion like a birthday or anniversary, don't forget to mention it and you may get upgraded too. At the very least you’ll get a smile and a congratulations from the hotel staff — who doesn’t love that?

The Ritz-Carlton, Cancún has all the modern touches I’ve come to expect from hotels today, all while retaining its Old World charm. There's a fully outfitted gym, a trendy sushi bar in the lobby, and the room featured linens that boasted thread counts in the high three-digit range.

All of that coupled with Renaissance paintings in the lobby next to chandeliers, grand staircases and a men’s spa that looked like it was ripped out of the Playboy Mansion...in 1972. Speaking of the sushi bar, this was my wife and I's favorite eatery — and one of six restaurants on the property.

But to be fair we did most of our eating on the beach, which I’ve come to learn is where food just tastes better. Maybe it's a mix of the ocean breeze while simultaneously ruining the vacation physique you worked so hard on. The beach and pool experiences at the hotel are top notch.

There’s full drink and food service in both places, plenty of cabanas or chaise longues, and the occasional iguana walking around like a hotel mascot. The staff was attentive, friendly and always offered assistance while not being overly in your face.

I noticed a considerable amount of families and kids at the pool, but the resort didn’t have that family resort vibe. It’s almost as if the Ritz is saying "Hey, bring your kids on vacation, or don’t, your call."

My wife and I had an incredible four-day getaway. Whether we were looking out at the beautiful ocean view from our room, snorkeling with similarly pale-skinned tourists or crushing my second helping of ceviche (seriously the best ceviche I’ve ever had, like wow).

TPG let us peek behind the curtain and it was GRAND. But the dream is not out of reach, fellow readers of the website. Here’s a points breakdown on how you too can have a dope vacation, and assure that your spouse will not get annoyed with you for at least a day or two after you’ve returned home.

Thank you TPG for this awesome trip, and I’m so looking forward to my next review... how about the new Emirates First Class Suite? What's that, you've already got that one?

To book Peck's stay, we transferred 50,000 SPG points to Marriott therefore receiving 150,000 Marriott points (with the 1:3 transfer ratio). Since the rooms were about $700 a night, we received 4.2 cents per SPG point, a good redemption considering TPG values them at 2.7 cents apiece. If you're short on SPG points, the Starwood Preferred Guest® Business Credit Card from American Express is currently offering a 35,000-point welcome offer after spending $7,000 in three months.

The Marriott Rewards Premier Credit Card is offering 75,000 bonus Marriott points after spending $3,000 in the first three months. Lastly, you could apply for the Ritz-Carlton Rewards Credit Card which gives two free nights at a tier 1-4 Ritz-Carlton hotel after spending $4,000 in the first three months. The Ritz-Carlton Cancún is a Tier 3 property, so it would qualify for the free nights. You can also transfer Chase Ultimate Rewards points to Marriott at a 1:1 ratio.

We paid for Peck's flights from Los Angeles (LAX) to Cancun (CUN) using The Platinum Card® from American Express which gets 5x points on each $830 ticket in United Business Class — receiving 8300 Membership Rewards Points worth $158. He could have booked using United miles which would have run him 60,000 miles roundtrip per person on this route.