Every Tourist in New Orleans Makes These 11 Mistakes

Articles
Samantha Rosen was one of the first 20 employees at TPG. She started as the site's first full-time social media editor and also served as its lifestyle editor.
Follow
July 15, 2018
•
6 min read 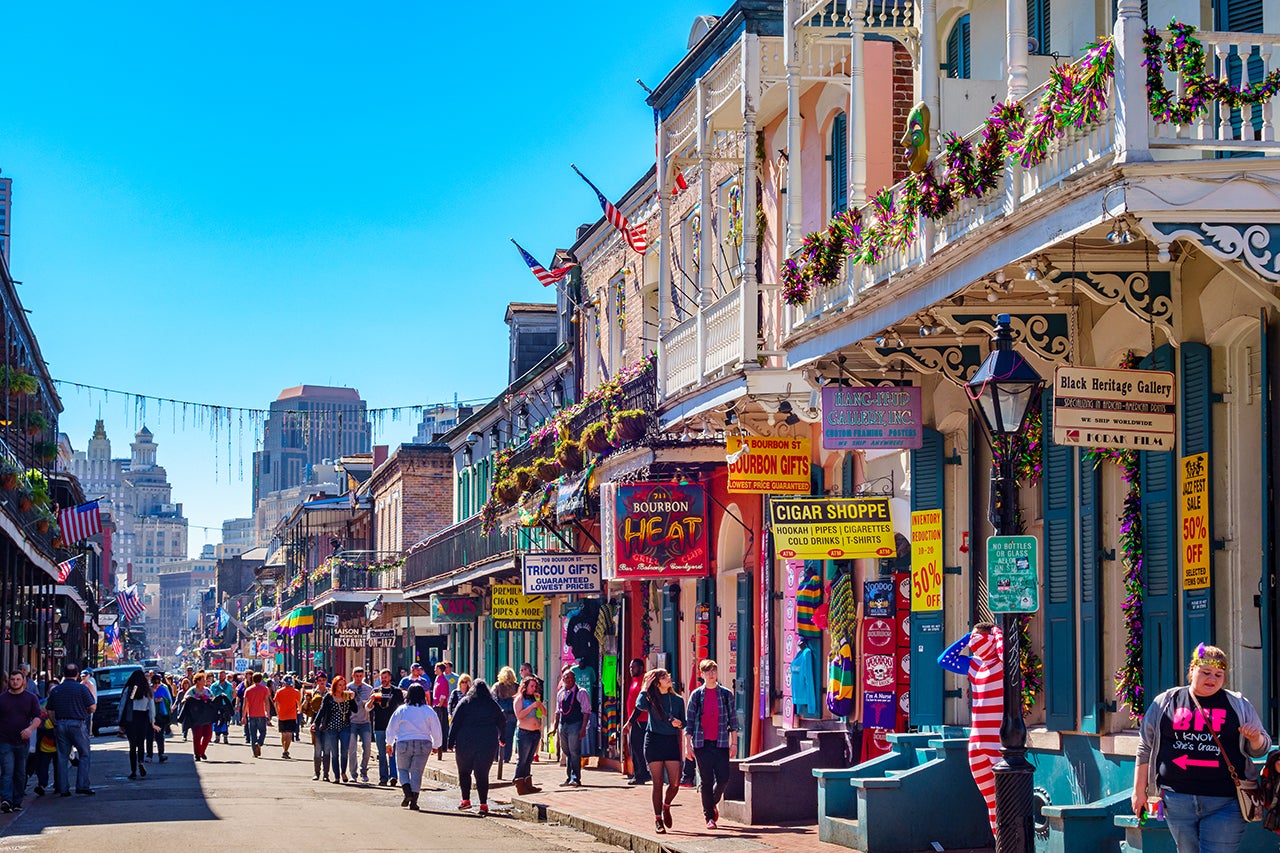 Every Tourist in New Orleans Makes These 11 Mistakes
This post contains references to products from one or more of our advertisers. We may receive compensation when you click on links to those products. Terms apply to the offers listed on this page. For an explanation of our Advertising Policy, visit this page.

We've said it before and we'll say it again: New Orleans is unlike anywhere else on this planet. The city essentially forces you — in the best way possible — to enjoy yourself, not take yourself too seriously, and to celebrate life. With such incredible food, music and people everywhere you turn, it's hard not to fall in love with the city. There are, though, some cardinal mistakes many tourists make the second they step off the plane at MSY; here's how to make sure you're not one of them.

1) Buying beads and/or picking them up off the ground

We get it — you're excited to be here. And you should be! But every New Orleanian worth their salt hot sauce knows NEVER to buy beads anywhere in the city. No matter how much you pay for them, you're inevitably getting ripped off. Why? Because they're handed out for free on pretty much every street corner in the city. And whatever you do, don't pick them up off the ground: 1) that's disgusting, and 2) legend has it that's bad luck. Plus, no one wears them around unless it's Carnival Season.

Yes, Mardi Gras is all it's cracked up to be, and yes, the entire city shuts down to celebrate. But the thing is that's five out of 365 days of the year — and NOLA has so many more amazing experiences to offer. Whenever someone says they're going to NOLA for the first time for Mardi Gras, a little Hand Grenade fairy dies. Go experience the restaurants, museums, shops, tours and culture that you'll find during the other 360 days first.

The French Quarter is one of the most historic, not to mention beautiful, parts of the city; you should 100% do a tour of it while you're there. But be sure to venture past Canal Street and explore other areas like the Garden District, Bywater and Mid-City, just to name a few — that's where you'll find the history and hidden gems that will make your eyes light up when you talk to your friends at home about it.

4) Only going out on Bourbon Street

Don't get me wrong, I love Pat O's as much as the next Tulane grad, but posting up all night at Bourbon Heat is definitely not the move. Instead, head to Frenchmen Street, Tipitina's or Maple Leaf Bar to see the best New Orleans music this side of the Mississippi. Your ears, not to mention your wallet, will thank you. Oh, and for the love of all that is holy, please forgo the Lucky Dog no matter how hungry you may be.

5) Getting a little too rowdy on Bourbon Street

You know what I'm talking about. It's such a cliché, and you don't want to end up going viral on social media for it.

6) Thinking the St. Charles streetcar is a reliable form of public transportation

First things first: It's a streetcar, not a trolley. And second, there are few things better in this world than hopping on the streetcar and taking it down St. Charles on a beautiful, sunny day. But if you need to be in a certain place at a certain time? Yeah, you're going to want to take an Uber.

7) Waiting in line to be seated at Café du Monde

Pro tip: Either get it to go, or go inside to the left where the bathrooms are. There is indoor seating there where you can seat yourself and it's usually pretty empty. Also, don't forget your napkins. Thank us later.

8) Leaving your unfinished drinks at the bar

9) Not knowing the lingo

Lagniappe. Fully dressed po' boy. Tchoupitoulas. In English: A little something extra. Po' boy with all the traditional condiments (think lettuce, tomato, mayo and pickles). The name of a street that's pronounced "chop-ah-TOO-liss." Just a little sprinkle of some of the things you'll hear. Like we said, New Orleans is a special place, and it has its own special lingo.

It's no secret that Hurricane Katrina absolutely devastated the city and the lives of so many New Orleanians — and to be honest, its effects will still be felt for years to come. 13 years later, it's not 100% perfect (many areas are definitely still struggling), but so much of it is more vibrant than ever before. Don't let any preconceived notions prevent you from going to visit in the first place, or thinking that the city as a whole is still in shambles. Since it was such a traumatic event, don't bring it up unless the local you're with does first.

11) Eating at restaurants like Bubba Gump or the Hard Rock

We don't mean to yuck someone else's yum... OK, that's a lie. We do. You're in arguably one of the greatest food cities in the world, and you're doing yourself a disservice by eating at any chain restaurants that aren't Cane's. We could write a 500-page novel about all of the restaurants you could visit while there, and it still wouldn't be long enough. Do your research and make sure you're doing it right.

The biggest mistake tourists make, though? Leaving. Because once you're here, you'll understand — and you know sooner or later, you'll be back.