7 Secret Uber Features You Should Know About 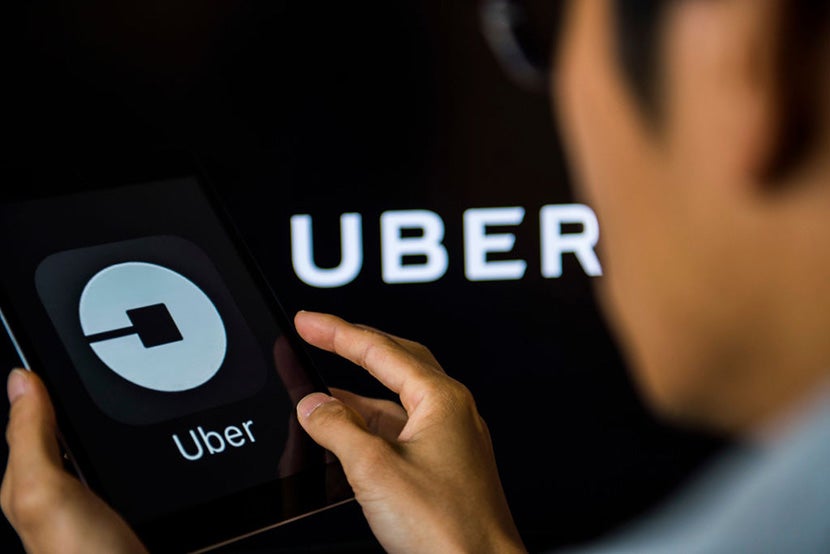 Uber has announced a new feature to its rider app that will simplify the pick-up process, called live location sharing. But that's not the only change it's made recently.

As a frequent rideshare passenger (and driver), I've collected a number of features Uber offers that most people don't know about. Some make your life simpler, others provide more security, and some even save you money. Here are seven of my favorite.

Uber announced this feature recently, and it should make the pick-up process smoother for both riders and drivers. In the past, when you called for a ride on the Uber app, your driver navigated to the exact location you specified, but this made finding your passenger especially difficult at concerts, stadiums and basically any situation with a lot of congestion.

Now, drivers will still navigate toward your set pick-up location but they'll also see where you are on the map in relation to their current location. So if you tell your driver that you're half a block down the street, he'll be able to see exactly where you are, even if you're slurring your words.

Speaking of sharing, Uber also lets you share details of your trip with a friend or family member. I use this feature all the time when I'm meeting up with pals for coffee or lunch. If they have the Uber app, they get a notification that says, "Harry wants you to follow his Uber ride." If don't have the Uber app, they get a text message. Either way, they can follow along in real time or check in periodically to see how far away I am.

Visa Local Offers is a relatively new partnership between Visa and Uber that allows you to earn Uber ride credits on purchases with a linked credit card. Unlike other points-earning partnerships, though, you don't actually have to ride with Uber to earn credits.

All you have to do is add a credit card to your Uber account (here's a video tutorial) and opt in to the Visa Local Offers program. You'll start getting instant notifications whenever you spend at partner businesses.

You can look up a list of participating stores and restaurants in the Uber app. I've been pleasantly surprised at how many great places are on there: Here in Los Angeles, they've got everything from Whole Foods and Petco to Wurstküche and Tatsu Ramen. And the best part is that most of them get you 10% back.

The credits you earn work in conjunction with credits from your American Express Platinum Card, and you can even use the credits to cover the cost of your driver's tip. The only downside is that you have to let Uber and Visa exchange details of your transactions.

We've already covered the details of the new Uber Visa Card from Barclaycard here at TPG, but it's safe to say that I'm a big fan of this card. It's the only no-annual-fee card that offers up to $600 in cell-phone insurance and $50 off subscription services (after $5,000 in annual spend). Since I break my phone at least once a year and pay for Netflix, Amazon Prime and more, this card is basically paying me to use it.

One of the cool features I noticed while taking an Uber ride the other day is that as soon as you're approved, you can start paying for rides with your card and start redeeming your Uber Visa Card points for ride credits in the app. I love traveling for free, and while it's usually easy to redeem points and miles for hotels and flights, I always end up with a lot of Uber charges. Now I'll be able to redeem my points for Uber ride credits to make my vacations 100% free!

5. Add Multiple Stops to Your Journey

In the past, it was kind of a hassle to make an extra stop on your Uber ride, because there wasn't a seamless way to add a destination to your GPS route. But Uber now gives passengers the option to add up to two additional stops once you're underway. This is important for drivers too, since they often receive their next trip requests based upon the final destination that's entered in the Uber app (basically Uber is lining up their next trip for them).

Uber suggests limiting your stops to three minutes or less, since drivers are only paid around 10 to 15 cents per minute.

In order to add a stop, all you need to do is tap the plus button next to the destination box, and you can do this at any point before or during your ride. You can also add, change or remove a stop from the on-trip screen, which is accessible from the app home screen.

Uber's scheduled-ride feature allows you to schedule a ride anywhere from 15 minutes to 30 days out. All you have to do is tap the appropriate button on the home screen and enter a pickup window and destination.

There are times, like when I'm heading to the airport, when it would be convenient to have a car waiting outside my door exactly when needed, but Uber's scheduled-ride feature merely initiates a request at the indicated time. So if there are no cars available, you may be out of luck. I much prefer Lyft's scheduled-ride feature, which is a true scheduled ride and lets drivers bid on a fare when it appears in the queue. So with Lyft, you're guaranteed a ride, a price and a driver.

Uber introduced tipping on the Uber app a few months ago, but they don't make it easy. Once your ride is complete, there's often a bit of a lag between when the driver ends the trip and when the tipping screen appears. Eventually, a prompt on the bottom of the screen pops up asking you to rate your trip. Once you do that, you're taken to the next screen, where you can leave a compliment and a tip, if you desire.

You don't have to tip on every ride, but tipping is a great way to reward drivers for going above and beyond.