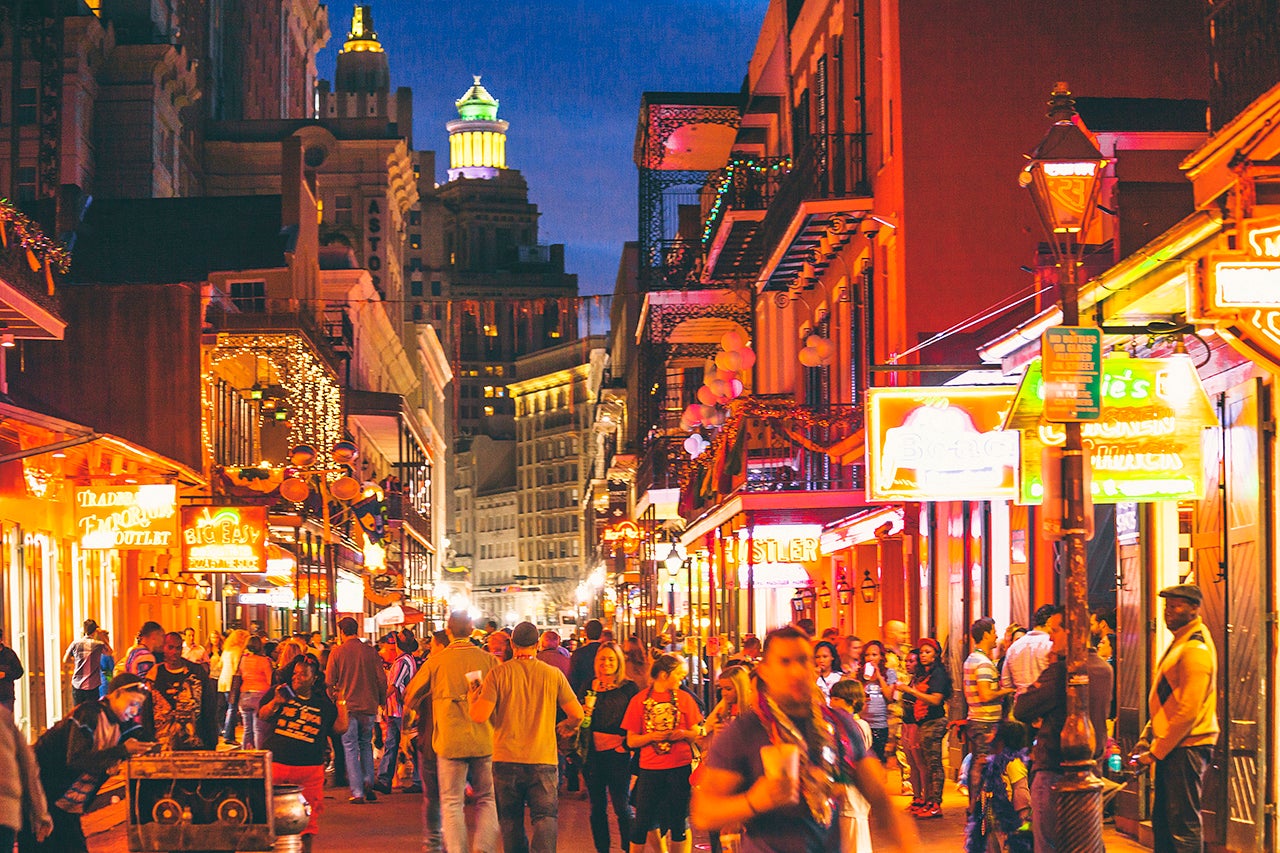 10 Ways New Orleans Is Celebrating 300 Years
This post contains references to products from one or more of our advertisers. We may receive compensation when you click on links to those products. Terms apply to the offers listed on this page. For an explanation of our Advertising Policy, visit this page.

2018 marks New Orleans' Tricentennial — 300 years since Jean-Baptiste Le Moyne, Sieur de Bienville sailed 100 miles up the Mississippi River and founded the city of La Nouvelle-Orléans. In celebration, the city is hosting cultural events all year long, events that capture the melting pot that makes up the city's cultural makeup. New Orleans has been preparing for its 300th anniversary with massive projects like a brand-new airport terminal, the announcement of a Four Seasons Hotel, expanding the streetcar line and many other city-wide projects. From fireworks shows to Navy Week and multiple festivals, the city will be bustling with the joie de vivre that it's known for all of 2018.

This annual festival occurs two weeks before Jazz Fest. It's the largest showcase of Louisiana music in the world — and a more laid-back version of Jazz Fest with lighter crowds that's free to the public, making it Louisiana's largest free music festival. This year marks the fest's 35th year and will have multiple tricentennial experiences, including a Tricentennial Homecoming Pavilion, which will feature notable figures from the city's history and a One Time in NOLA story booth. Hilton will also sponsor a Tricentennial Stage at the fest. On Saturday, April 14, the festival will wrap up with a fireworks show in honor of the Tricentennial. (April 12-15)

On April 19, ships from the Navy as well as Tall Ships will meet in the Mississippi River near downtown New Orleans. Both sets of ships will be available for the public to tour (free admission) and the Tall Ships will be setting sail on Lake Pontchartrain later in the week. The event will wrap up with a Blessing of the Fleet before they ship out on the high seas. (April 19-25)

This weekend will be a celebration of the international influences on the city. International dignitaries from around the world will meet at Gallier Hall, the city's former City Hall and political center. (April 20-22)

This event will take place one night only at the historical Orpheum Theater in downtown New Orleans. It's a unique stage production that's produced by Shaka and Naimah Zulu of Golden Feather Mardi Gras Indian Gallery. The show was created "to address a need in the market for a comprehensive artistic articulation of the evolution of New Orleans music, dance and performance.” The show will bring to life the "rhythmic traditional movement" of the dancers who shaped Carnival as we know it today. (April 20)

Parade your furry friends around City Park at this event put on by GambitWeekly and NOLA City Bark. The first 300 dogs to register will have their photo featured in Gambit's Tricentennial issue. In addition to the parade, there will be a costume contest for the most "NOLA-centric" dog costumes. After the parade and contest, celebrate with all the "lucky dogs" in NOLA. (April 22)

Jazz Fest, which has become one of the premiere jazz events around the world, will go beyond the culture and music this year and will include an area dedicated to the multicultural fabric of the city. The fest spans two weekends — the last weekend in April and first weekend in May — and the tricentennial event at the fest will highlight some of the lesser-known influences of the city. The seven-day fest will wrap up with a fireworks show to mark the end of the Jazz & Heritage Festival. (April 27 - May 6)

This month-long global summit will spotlight the challenges women in New Orleans and the surrounding areas still face. The summit will be headlined by women's groups and notable women from around the world to highlight how local women still face struggles 300 years after the city was founded. The event provides a forum for women to speak freely and in the hopes of creating a future where New Orleans women can reach their full potential. (June 1 - 30)

This festival celebrates everyone's favorite dairy product: cheese! The festival, hosted by the French-American Chamber of Commerce, Gulf Coast Chapter, will celebrate cheeses from around the world. The event will be held in the French Quarter and will celebrate French culture with wine, music and, of course, cheese. (November 17)

New Orleans will wrap up its 300-year celebration with a festival of lights put on by the New Orleans Art Council. This is different than the average light show: buildings with uniquely NOLA architecture will be used as the canvas for large-scale video and light mapping technology. Luna Fête keeps the New Orleans tradition of street-based celebrations alive with this contemporary light show unlike anywhere else in the world. (December 1 - 31)