Why the scrapping of the world's first 'megaship,' Sovereign of the Seas, is so heartbreaking 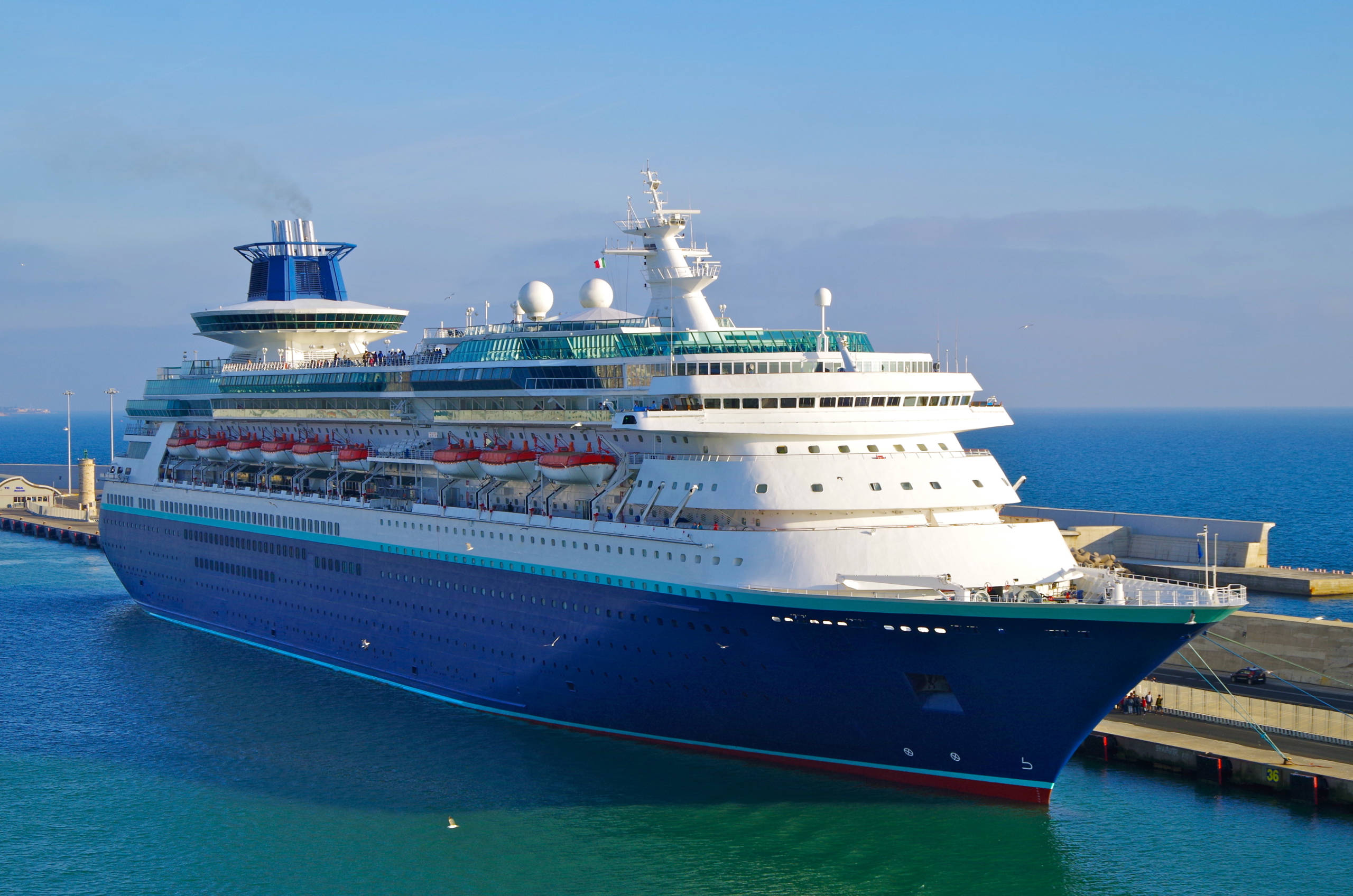 It doesn't seem right that it is ending this way.

One of the most famous ships in the history of modern cruising, the former Royal Caribbean vessel Sovereign of the Seas, sailed off into the sunset this week, without so much as a goodbye.

There was no fanfare, not even an official announcement, as the legendary, 2,278-passenger vessel traveled empty to a ship-scrapping town along the Turkish coast, presumably to be dismantled like so many older cruise ships before it.

It is a fate that eventually will befall every cruise ship now at sea, of course. But I guess I expected that when the end came for Sovereign, there would be more of a celebration. If any vessel deserves the cruising equivalent of a New Orleans "jazz funeral," it is Sovereign.

Sovereign is, quite simply, an icon of modern-day cruising. Widely recognized as the cruise world's first "megaship" when it debuted in 1988, it ushered in a new era of cruise vacationing that continues to this day.

It also is one of the few groundbreaking cruise vessels of the past few decades on which I have never sailed. As a longtime cruise writer, I've traveled on and written about more than 150 distinct ships. But somehow I missed Sovereign. It's been on my to-do list, mind you -- for many years. But there always was another story more pressing. I always thought I had more time.

This week, thanks to the COVID crisis, that time ran out.

I am an old school journalist, the kind who was taught to be neutral when covering a topic even as superfluous as cruising. But it is hard to be neutral when talking about Sovereign. I will admit to a special fondness for the ship, even though I never sailed on it. You could call it a bias. And I'll tell you this: I am truly heartbroken that I no longer will see its familiar profile -- including that wonderful, spaceship-like Viking Crown lounge at its top -- in ports during my travels.

For people who follow cruising, the retirement of Sovereign is the equivalent of what the retirement of the world's Boeing 747s is to AvGeeks. It marks the end of an era, and it's something to mourn -- even as we look ahead to even more exciting times.

Why Sovereign of the Seas is an icon

At around 73,000 tons, Sovereign is no longer one of the biggest ships at sea. Not by a long shot. Today's biggest cruise vessels such as Royal Caribbean's Symphony of the Seas -- at 228,081 tons, the current size leader -- are three times its size. But at the time it was built, it was like nothing the world had seen.

For starters, it was giant for a cruise ship at the time -- more than twice the size of Royal Caribbean's five-year-old Song of America and bigger than any other purpose-built cruise vessel. But it also boasted public areas that wowed cruisers with a wide range of new and larger venues.

Among notable features, Sovereign offered a five-deck Centrum with glass elevators, sweeping staircases and fountains in marble pools — a revolutionary concept at the time. It also had a theater with more than 1,000 seats, a separate live music venue, a nightclub, a casino with 171 slot machines plus table games, and multiple restaurants, bars and lounges.

Sovereign also had a central pool deck with two pools, something that wasn’t common at the time.

It was such a phenomenon that the most recent president and first lady of the United States, Jimmy and Rosalyn Carter, presided over its christening on Jan. 15, 1988. Rosalyn Carter gave the official christening benediction and smashed a record-size bottle of Taittinger Champagne against its hull.

The presidential couple famously sailed on the maiden voyage of the vessel out of Miami, along with their family and a U.S. Secret Service guard, and could be seen enjoying its venues.

The precursor to all that has come since

While it was a giant for its time, Sovereign had none of the gee-whiz offerings of today's Royal Caribbean ships. There was no climbing wall or surfing pool or giant waterslide complex on the top deck. Nor was there a mall-like Royal Promenade in the interior loaded with eateries, bars and shops. There was no tree-lined Central Park.

Some of the Sovereign attractions touted in early promotional videos are almost quaint by today's standards. They included a library with 2,000 books, a large hair salon and a big fitness center -- things so commonplace now on cruise ships that lines barely talk about them.

But Sovereign was proof that bigger ships full of lots of amenities -- vessels where you could say "the ship is the destination" just as much as ports -- could be a hit. It was a huge success, and it set in motion the development of ever-larger, ever-more-amenity-filled ships.

Royal Caribbean would go on to build two more similar "Sovereign Class" vessels and a series of slightly bigger Vision Class vessels. But it wasn't long before the line was rolling out the truly giant ships for which it is known today, with an even larger array of deck-top attractions, restaurants, bars, lounges and entertainment.

The line has unveiled four classes of giant vessels since 1999 with ships that are about two to three times bigger than Sovereign in size. Each of the classes is different in its own way, but what they all have in common is that they stem from the advances that Sovereign set in motion.

Related: These 12 ships will wow you with over-the-top attractions

As newer, bigger cruise ships became more important at Royal Caribbean over the years, Sovereign played an ever less important role in the line's deployments. Newer vessels from the line's Vision, Voyager, Radiance and Freedom classes, which began rolling out in 1996, 1999, 2001 and 2006, respectively, took its place as the Ships Everyone Wanted to Book.

Finally, in 2008, after Sovereign turned 20 years old, Royal Caribbean transferred the vessel out of its fleet. The line moved Sovereign to Spain-based Pullmantur Cruises, a lesser-known line that caters to Spanish-speaking cruisers from Spain and Latin America. Royal Caribbean owned Pullmantur at the time and still has a 49% stake in the brand through a joint venture.

In theory, Sovereign could have remained at Pullmantur for quite some years. I was assuming that would be the case, which is why I never got around to booking it. I always thought that I'd have a chance down the road to be the odd English speaker on one of its Spanish-language sailings in the Mediterranean -- just to check out its design.

But then coronavirus happened.

Citing the impact of the pandemic on revenues, Pullmantur last month announced it was insolvent and filing for reorganization under Spanish insolvency laws. There were reports almost immediately that all three of its vessels, including Sovereign, would be scrapped. But there was still hope that somehow, someway, Sovereign would be saved.

That is, until this week, when cruise ship tracking sites showed Sovereign moving toward Turkey.

In announcing its insolvency, Pullmantur blamed headwinds from the coronavirus pandemic that were “too strong … to overcome.”

Royal Caribbean Group, the parent company of Royal Caribbean that owns the 49% stake in Pullmantur, still hasn't said anything official about the ship. But it now sits just off shore of the ship-breaking area of Aliaga, Turkey.

One of its sisters at Pullmantur, Monarch -- the former Royal Caribbean ship Monarch of the Seas -- arrived in Aliaga just a week before it and already has been run onto the beach at the ship-breaking grounds.

I look at pictures of Monarch of the Seas at the ship-breaking grounds on social media, and I am filled with sadness.

But I do still have one little piece of hope to which I cling. Sovereign has one sister ship, Majesty of the Seas, that still is in the Royal Caribbean fleet. I've never sailed on that vessel, either.

It's one last piece of the revolution that was Sovereign of the Seas that remains accessible -- at least for now.

I have my fingers crossed that Majesty makes it out of the coronavirus crisis. If it does, I'm not going to wait around this time. It'll be one of the first ships that I book.

More stories to help you plan your next cruise: