Primera Air to Declare Bankruptcy on Tuesday, End All Flights 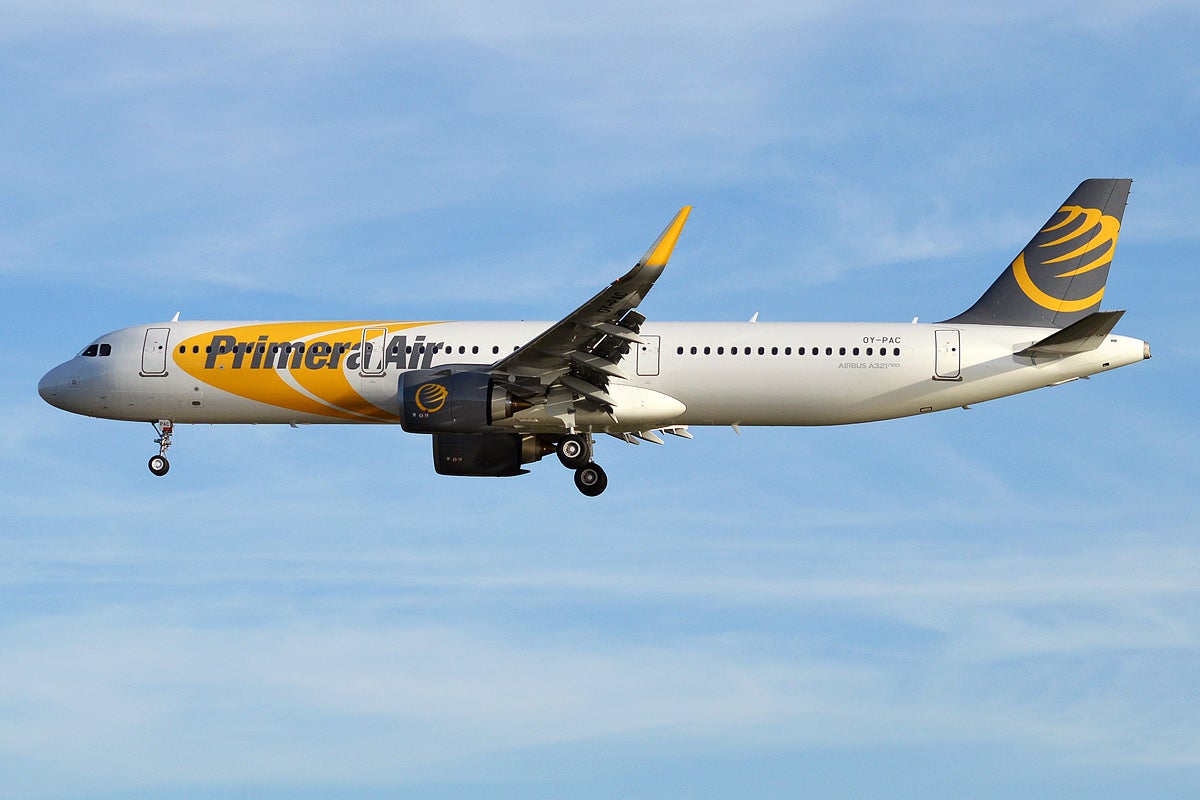 Primera Air to Declare Bankruptcy on Tuesday, End All Flights
This post contains references to products from one or more of our advertisers. We may receive compensation when you click on links to those products. Terms apply to the offers listed on this page. For an explanation of our Advertising Policy, visit this page.

Primera Air turned many heads when it announced in mid-2017 that it'd start selling tickets between the US and Europe starting at just $99 one-way. Since its transatlantic launch — which one of our TPG reviewers was on board to cover — we've seen almost an equal amount of new route announcements and cancellations. And it seems that the $99 fares weren't enough to fill up aircraft as fares have dropped as low as $63 one-way.

Well, it turns out this ultra-low cost business model hasn't worked out for Primera Air. Reports surfaced Monday that the airline plans to declare bankruptcy on Oct. 2. Then, in a statement posted on its website Monday afternoon, the airline confirmed that it was ceasing operations on Tuesday:

Airline Primera Air and IATA codes PF and 6F have been suspended as of today, October 2nd, 2018. On behalf of Primera Air team, we would like to thank you for your loyalty. On this sad day we are saying Goodbye to all of you.

A separate statement was provided to TPG from Primera Air's board of directors. Before detailing the airline's "several unforeseen misfortunate events," the letter summarizes the situation as:

With a great regret, we must inform you that Primera Air will cease all operations on the midnight of October 1st, 2018 and enter administration process, after 14 years of operations.

This is a sad day for all the employees and passengers of Primera Air. The company has been working relentlessly during the last months to secure the long-term financing of the airline. Not being able to reach an agreement with our bank for a bridge financing, we had no other choice than filing for bankruptcy.

The news originally broke when an email from Primera's Director of Flight Operations Anders Ludvigsson to Primera Air crew members was shared online. In the letter, the director indicates that Airbus' delay in delivering new aircraft — and the subsequent "high costs for wet lease and cancellations" — created substantial losses for the airline. The owner of Primera Air was unable to secure funding necessary for continuing operations, which is what is leading to the bankruptcy declaration.

TPG reached out to Primera Air to confirm or refute this report, but didn't receive a response to the request by the time of publication. The airline reached out shortly at 1pm Eastern to confirm the reports are true.

All content has been removed on the airline's homepage, except for the statement confirming the end of operations. If you have a booking, now would be a good time to check which credit card you used to purchase the flight and familiarize yourself with the card's trip cancellation policies and other travel benefits.

We will continue to share any details we are able to confirm about Primera Air's bankruptcy and what affected travelers should do.

This story has been updated since publication with confirmation from Primera Air about the bankruptcy declaration and new information from Stansted Airport about the airline's operations.