Articles
Nick Ellis joined The Points Guy in 2016 as an intern and is now Reviews Editor, primarily responsible for arranging, writing (some of), editing and publishing reviews of hotels and airport lounges along with helping manage, write and edit travel content.
Follow
Oct. 01, 2018
•
5 min read 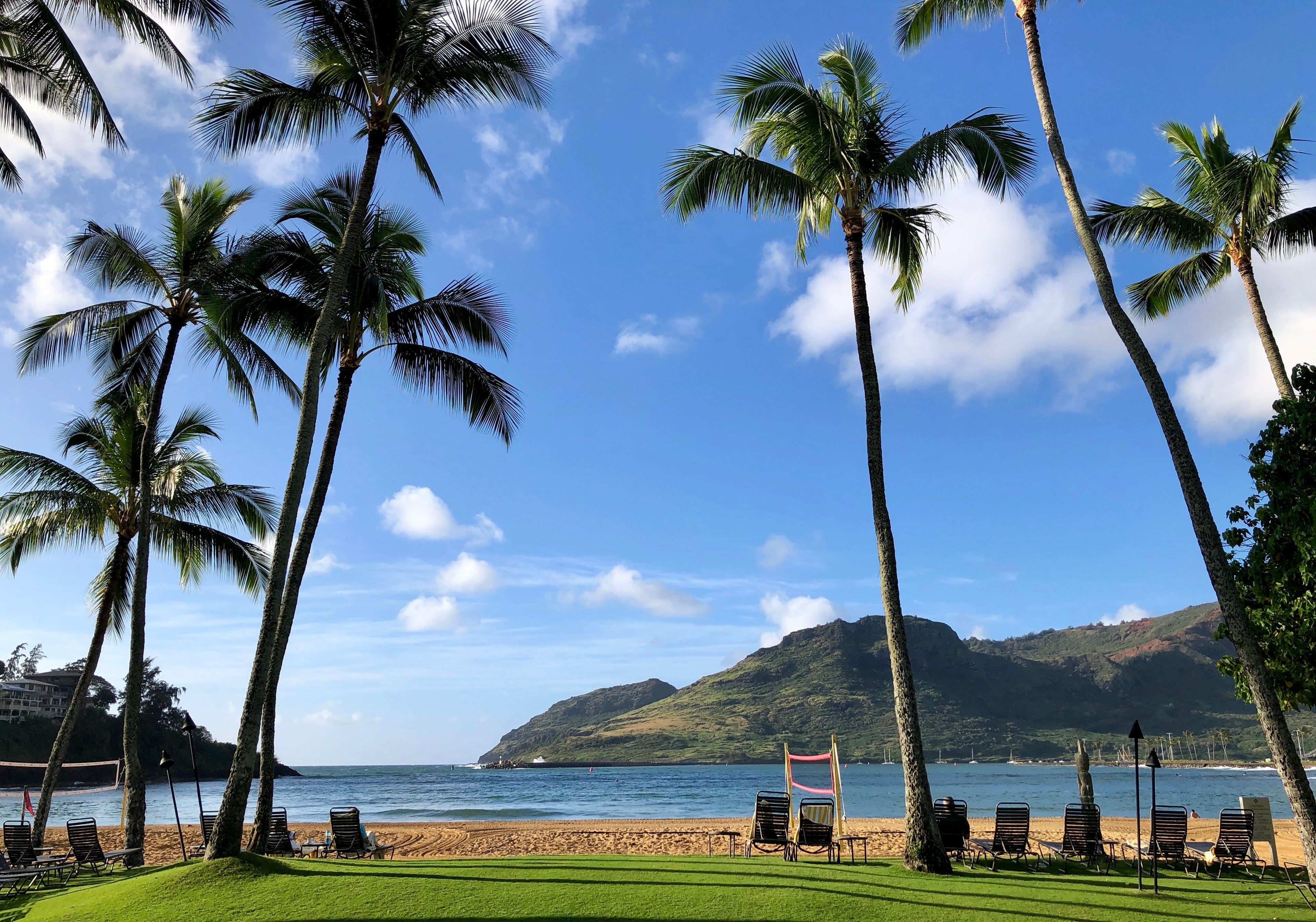 The Best Time to Take Your Dream Hawaiian Vacation Is Right Now
This post contains references to products from one or more of our advertisers. We may receive compensation when you click on links to those products. Terms apply to the offers listed on this page. For an explanation of our Advertising Policy, visit this page.

Aloha! October is Hawaii month at The Points Guy, so check back regularly for flight and hotel reviews, features and deals from Maui, Oahu, Kauai and the Big Island of Hawaii.

Ask any American where they'd like to travel, and chances are you'll hear "Hawaii" more often than not. For decades, the youngest state in the Union has attracted tourists from all over the nation with its Polynesian culture, breathtaking natural beauty, pleasant (for the most part) weather and abundance of options when it comes to outdoor activities.

Due to its location smack dab in the middle of the Pacific, however, Hawaii has long been out of reach for many, especially for those who live east of the Mississippi, whether it was due to the high cost of traveling there, or just the sheer amount of time it took to make the trip.

But things have changed. Hardly a day goes by that we don't see downright incredible prices for round-trip flights to Hawaii — from both the East and West Coasts (and everywhere in between). And, in addition to it being cheaper than ever before, it's also easier than ever before to get to the Hawaiian Islands from the continental US. Several years ago, Hawaiian Airlines launched nonstop flights between New York (JFK) and Honolulu (HNL), enabling sun-starved New Yorkers to high-tail it out of the city in the morning and arrive with plenty of time for a mai tai at happy hour in Waikiki. In addition to Hawaiian's JFK nonstop, New Yorkers have the option of hopping on United's nonstop flight from Newark Liberty International (EWR), or Delta's seasonal service from JFK.

And airlines have continued to aggressively expand their networks between the mainland and the Aloha State. Just a couple of weeks ago, Hawaiian Airlines announced plans to fly between its home base in Honolulu and Boston's Logan Airport (BOS), which will have the distinction of being the longest domestic flight around once it launches. And last week, Delta shared its ambitions of connecting HNL with another one of its hubs, Detroit (DTW), with nonstop seasonal flights operated by one of its Boeing 767s with lie-flat seats up front.

In addition to these new adds for cities on the East side of the continent, there are a whole host of options from the West Coast on airlines like Hawaiian, American, Delta, United, Alaska and soon, of course, Southwest. Once the Dallas-based low-cost-carrier begins its flights to the islands, travel to Hawaii is bound to get even cheaper for those who hold what is arguably the holy grail of travel perks: the Southwest Companion Pass.

Whether your sights are set on metropolitan Oahu, the Big Island, upscale Maui or the verdant isle of Kauai, travelers have long been spoiled for choice when it comes to selecting a hotel for a Hawaiian vacation. But new debuts and stunning overhauls continue to make Hawaii's hotel scene exciting, even for travelers who have already checked Hawaii off the list.

This month, for example, the Queen Kapiolani Hotel in Oahu will debut a $35 million renovation that will restore the retro, midcentury modern property. And on Kauai in September, the luxury Timbers Kauai at Hōkūala resort celebrated its grand opening. (The property's focal point may be its tiered oceanfront infinity pool.) Also on Kauai, the Aston Aloha Beach Hotel has rebranded and reopened as a Hilton Garden Inn — the first Hilton property on the island.

In light of all the great things happening for travelers dreaming of a Hawaiian getaway, we at The Points Guy did something we've never done before: Send several writers each to a different Hawaiian Island to review some of the great ways to get to those islands — as well as a selection of the top points hotels you can choose from upon arrival. So over the next four weeks, watch out for much more exciting content from the Big Island of Hawaii, Maui, Oahu and Kauai.