Articles
Brendan Dorsey is an Associate News Editor at TPG who covers nearly everything for TPG including aviation, credit cards, points, miles, ride-hailing services and more. He previously worked for TIME.
Follow
May 03, 2018
•
7 min read 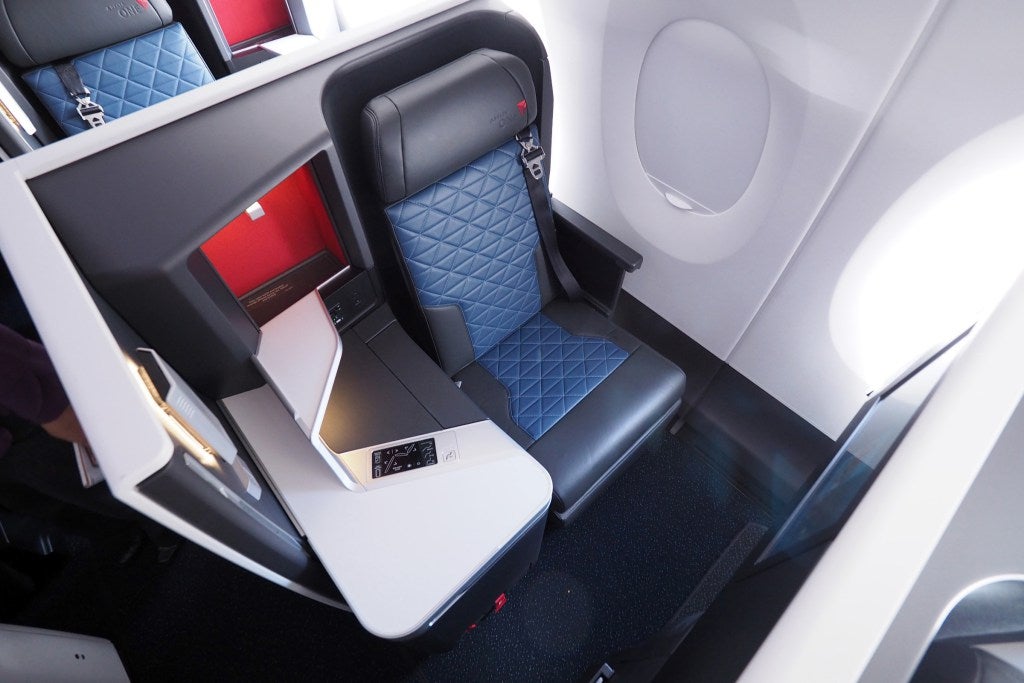 American Express launched a new promotion yesterday allowing cardholders to transfer their Membership Rewards points to Air France/KLM's Flying Blue program and receive a 25% mile bonus in the process. This is a great way to effectively receive a discount on award flights.

Flying Blue is a member of the SkyTeam Alliance, so you can book awards on any SkyTeam carrier, like Delta or Korean Air, with Flying Blue miles. The promotion ends on June 15, so you'll want to transfer before then to earn the 25% bonus.

We've rounded up four ways to maximize the bonus and get the most bang for your points with the promotion.

If you don't have an American Express card that earns Membership Rewards points, you may want to consider applying for one. Points transfer to a variety of rewards programs at 1:1 ratio, including Flying Blue. Amex constantly runs promotions that dole out bonuses when transferring points to certain airline programs, so for many it's a no-brainer to hold at least one Amex card.

The Platinum Card from American Express is a great option, offering a ton of benefits including lounge access, airline and Uber credits and a 60,000-point welcome bonus after spending $5,000 in the first three months. Those 60,000 points could become 75,000 Flying Blue miles with the transfer bonus.

1. Travel to Europe in Style

With Flying Blue being the program of Air France, it's no surprise it offers options for booking award flights to Europe. You can fly on SkyTeam carriers like Air Europa, Alitalia, Delta and KLM as well as on Air France.

Flying Blue announced changes to its award chart that will be implemented on June 1, and the changes have both positives and negatives. For instance, you'll be able to fly from New York (JFK) to Paris (CDG) in business class for just 57,500 miles one-way. With the 25% bonus, that means you’ll need to transfer just 46,000 Membership Rewards (MR) points. Until the changes go into effect in June, you'll have to transfer 50,000 MR points for the 62,500 miles it currently takes, but keep in mind that will get you from anywhere in the US to Europe.

46,000 points for a one-way business class award to Europe is a bargain, and this can get you to almost any city on the continent. Note that flying Delta will help keep fuel surcharges low on Flying Blue award tickets.

If you want to stretch your points even further, you can fly round-trip on any SkyTeam carrier to Europe for just 40,000 MR points with the bonus.

2. Fly Your Family to Hawaii

Getting to the Hawaii for cheap can be tricky. Cash rates can be high, especially from the East Coast, and most mileage programs charge a premium when traveling to the 50th state. However, redeeming Flying Blue miles for trips to Hawaii is a solid way to maximize your miles.

Round-trip in economy will cost you just 30,000 miles, but with the transfer bonus, you'll only need 24,000 MR points. That's the lowest option you'll find for redeeming miles to get to the tropical islands — it's even better than booking through Korean Air. American charges 40,000 miles (off-peak) and United a whopping 45,000 for a round-trip award ticket. You could hypothetically fly a family of four from New York (JFK) to Honolulu (HNL) for 96,000 MR points — that would normally cost anywhere from $2,500 to $3,500!

You'd need to transfer 48,000 MR points (for a 60,000-mile award) to Flying Blue if you wanted to fly business to the islands instead.

3. Go to Mexico for Less Than a Domestic Award

Since Mexico is counted as part of the continental US in Flying Blue's award chart, award flights are normally priced at 12,500 miles one-way or 25,000 round-trip. With the bonus, that means you'll need only 20,000 MR for a round-trip flight to Mexico. Again, that's about as low as you'll find when attempting to redeem any sort of miles to get below the US' southern border (other than an Avios short-haul award).

Enjoy the fantastic food and culture of Mexico City, head to a resort town and hit the beach in places like Cancun or Cabo San Lucas or explore the ruins of Chichen Itza. It would only take 100,000 MR to fly a family of five from the US to anywhere in Mexico.

Many airline award charts make it costly to get to Israel, not to mention that cash rates are usually exorbitant. Luckily Flying Blue classifies the country as part of Europe — along with a whole host of other North African nations. Traveling from anywhere in the US to Tel Aviv (TLV) in economy will only set you back 50,000 miles round-trip, or 40,000 MR points.

United charges 85,000 miles for a return ticket; American 80,000 miles; and Delta 70,000 miles (if you can find availability). This sweet spot in Flying Blue's award chart already made it the best way to redeem miles to Israel, and with the bonus you'll be paying 10,000 points less than with any other program.

Flying Blue was already one of the better options for redeeming points or miles for SkyTeam award tickets. With American Express' 25% transfer bonus, it's the best choice for now —especially if you take advantage of one of the program's many sweet spots.

Remember that Flying Blue's award chart changes on June 1, so you'll need to book many of these awards before then to lock in the rates we mention. On the other hand, it could be worth waiting since there will be some routes that actually will cost less miles.

Flying Blue runs promo awards every month and we've seen some pretty solid redemptions, including Europe to the US for 37,500 miles round-trip. You could potentially bank your miles in the program and wait for a promo award worth booking to come along — stacking the two deals to extract even more value out of your points.

Remember that you can also transfer Chase Ultimate Rewards, Citi ThankYou Points and SPG Starpoints to Flying Blue if you still need to top off your balance after transferring Membership Rewards points.