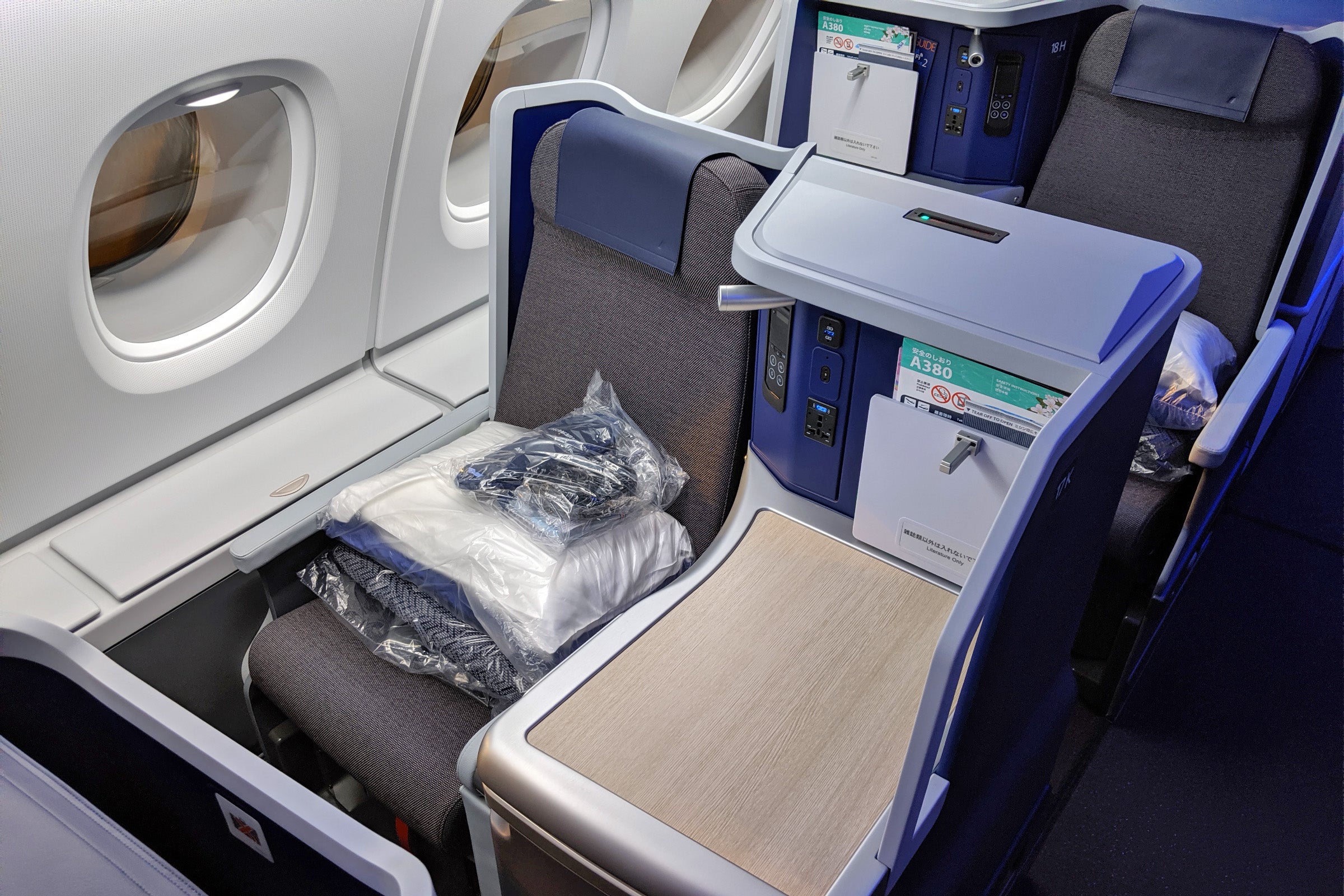 American Express Membership Rewards started December off right by bringing back one of our favorite promotions: a targeted 30% transfer bonus when transferring points to Virgin Atlantic Flying Club. If you don't know better, that news by itself might elicit a yawn. But, if you're interested in flying to Japan in style, you're going to want to read on.

There are excellent Flying Club redemptions on Virgin Atlantic's Japan-based partner ANA. A first-class round-trip award ticket from the U.S. to Japan starts at just 90,000 Flying Club miles from Honolulu (HNL) — which features ANA's new A380 — or 110,000 miles from the contiguous U.S. United charges 110,000 miles for a first-class one-way award from the U.S. to Japan, so you're getting a round-trip for around the price other programs charge for just half the trip.

Flying Club used to hide this ANA redemption chart, but now you can confirm these rates right on the Flying Club website:

While these would be decent one-way prices, it's important to remember that the prices listed on this chart are for round-trip awards on ANA. You can book one-way tickets for half the cost.

This chart and its footnotes don't designate what's Western U.S. versus Central/Eastern U.S. However, based on what we've been able to confirm with Flying Club, the regions basically break down into distance bands calculated by round-trip mileage. Here are how the regions correlate by distance for the different tiers:

But wait, there's more. The good news doesn't end with these incredible rates.

How to hold award space before you transfer points

If you don't have enough miles yet and/or if you want to make sure that there's award availability before transferring your miles, Flying Club allows you to put ANA awards on hold. When I called in May 2019, I was able to get a 72-hour hold for an ANA award. However, a 24-hour hold is much more commonplace.

Either way, this should be plenty of time to transfer your American Express Membership Rewards to Virgin Atlantic's Flying Club. In TPG testing, points transferred between these programs immediately, so you don't have to speculatively transfer points to Virgin Atlantic and hope award availability opens up for the dates you want.

Related: Choosing the best Amex credit card for you

Usually when award redemption levels are low, carrier surcharges are high. That's especially true on Virgin Atlantic's own award chart. Unfortunately, Flying Club passes along ANA's carrier-imposed surcharges. So, awards aren't as cheap out of pocket as they would be if you booked the award through United or LifeMiles — both of which charge under $60 out of pocket round-trip.

However, taxes and fees are still reasonable when booking through Flying Club. I priced out two awards with a Flying Club agent for April/May 2020. Both a business-class flight from Los Angeles (LAX) to Tokyo-Haneda (HND) and a first-class flight from Washington, D.C. (IAD) to Tokyo-Haneda cost $266.85 in taxes and fees. Interestingly, I was given the option to pay 182.40 pounds sterling ($240) round-trip in taxes and fees. So, you might want to grab a no-foreign-transaction fee credit card and purchase with pounds instead.

The most relevant award redemptions for U.S.-based travelers are going to be on ANA's transpacific flights from its nine U.S. gateways to ANA's hubs in Tokyo (NRT/HND). Without paying for a connection, you're currently limited to the following routes:

Here's how much each round-trip option will cost, both in Virgin Atlantic Flying Club miles and Membership Rewards utilizing the targeted 30% transfer bonus. (Membership Rewards amounts are rounded up to the next 1,000 as transfers must be in 1,000-point increments.)

In case it needs emphasizing, this is simply incredible — particularly for business and first-class flights. Flights from the East Coast (like JFK and IAD) take around 14 hours outbound to Japan and 13 hours on the return. So, you can get around 27 hours of ANA's exceptional first-class product for just 93,000 Membership Rewards points. Mind you, it would cost 150,000 Membership Rewards if you were to transfer points directly to ANA to book these flights. Booking the same flights with United MileagePlus miles would set you back 220,000 miles.

While the United website's nonstop search option is helpful, United also operates some flights on this route itself — leading to false positives on the calendar. ExpertFlyer's search function can take a bit to complete an ANA's availability search — especially when searching +/- three days — but at least you can see for certain whether or not ANA has availability on a particular flight.

Related: The beginner's guide to ExpertFlyer

Searching for awards on ANA's website itself requires an ANA Mileage Club account. While you can search seven days of availability at a time, "Seats available" might indicate that there's United award availability instead of ANA availability. Similarly, Aeroplan requires you to log in to your account — it provides flexible date searching but has false positives from United availability as well.

Utilizing this targeted American Express Membership Rewards transfer bonus can yield excellent redemptions for premium-cabin flights from the U.S. to Tokyo. However, you're going to have to start at one of ANA's gateways and do some digging to find award availability. Still, it's definitely worth the time and effort to get a great deal on a great product.

120,000 points
Earn 120,000 Membership Rewards® points after you spend $15,000 on eligible purchases with your new Card in the first 3 months of Card Membership. Terms apply. See terms for additional information.