JetBlue Reportedly Got a 72% Discount on its Huge A220 Order

Articles
Katherine Fan is a former senior travel features reporter at The Points Guy who covered everything from personal finance to travel and aviation.
July 13, 2018
•
3 min read 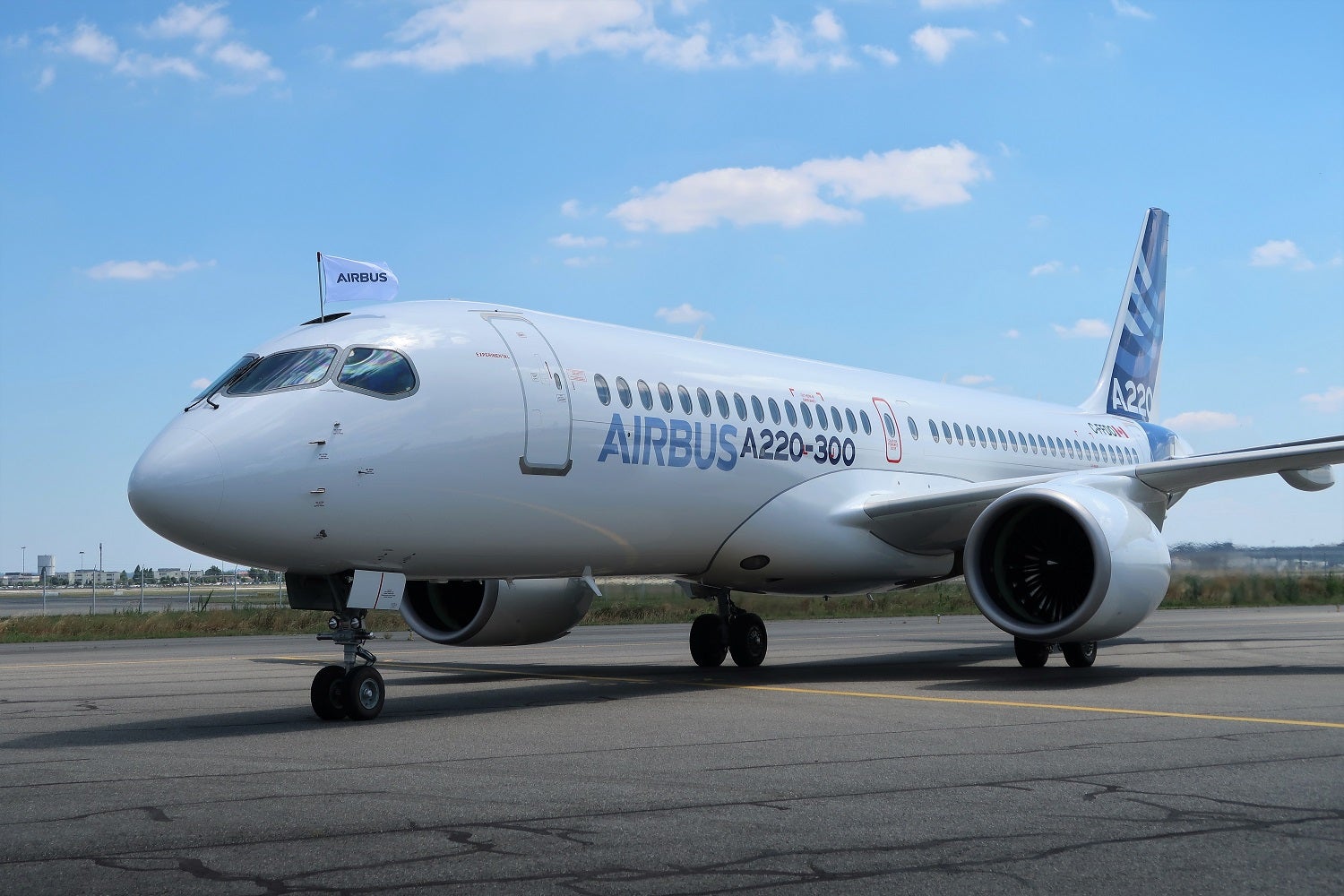 JetBlue Reportedly Got a 72% Discount on its Huge A220 Order
This post contains references to products from one or more of our advertisers. We may receive compensation when you click on links to those products. Terms apply to the offers listed on this page. For an explanation of our Advertising Policy, visit this page.

As all bargain shoppers know, being the first in line is often a good bet. As the first buyer of the new (in name only) Airbus A220-300 jet, JetBlue received a significant discount on its July 10 order of 60 planes, according to international credit rating agency Moody's. Both JetBlue and Airbus are keeping pricing details confidential, but analysts estimate that the deal most likely is worth $1.4-1.7 billion, which would mean an average sticker price of $23-28 million per jet. Although it's typical for airlines to negotiate price breaks for volume orders, JetBlue's quick order may have saved the carrier up to 72% off of the deal's list value of $5.4 billion, according to a report by Moody's analyst Jonathan Root.

Delivery of the aircraft will begin in 2020 with four planes, ramping up each year until JetBlue receives 22 in 2024. The airline has the option of ordering an additional 60 aircraft beginning in 2025.

Technically speaking, the Airbus A220-300 isn't a new aircraft design. The Jet Formerly Known As the Bombardier CS300, which TPG once called "the most comfortable economy class you'll find," was rebranded after Airbus acquired a 50.01% stake in the Bombardier CSeries program last fall. Montreal-based Bombardier still owns 31% of the company while Investissement Québec, an investment arm of the Quebecois government, owns 19%.

With this purchase, JetBlue will become the first US carrier to fly the larger -300 variant which carries between 130-140 passengers. Delta placed an order for 75 A220-100s (formerly known as the Bombardier CS100) in April 2016. JetBlue has stated that the airline might swap part of its A220-300 order in favor of the smaller A220-100, which seats up to 120 passengers. The A220s will replace 60 of JetBlue's Embraer E190 jets, which would have required costly upgrades over the next decade.

Bombardier's shares shot to a nearly seven-year high as a result of Tuesday's news, reaching $5.58 per share in early trading on the Toronto Stock Exchange Wednesday before closing at $5.43 in the afternoon session. The Canadian plane maker has experienced a tumultuous year in its dealings with the US market. Prior to the Airbus purchase in October 2017, Boeing filed a trade complaint against Bombardier earlier in 2017 for selling its planes to Delta for “absurdly low” prices. In response, the US government imposed a stiff 220% tariff of purchase price on Bombardier CSeries jets in September 2017, as well as an additional 80% levy a few days later. Although the US Commerce Department upheld the punitive 300% tariff in December 2017, the US International Trade Commission unexpectedly handed Bombardier a win over Boeing in January with a unanimous vote to eliminate the imposed tariffs.

Airbus hopes to reach "triple-digit" sales numbers by the end of 2018, sales chief David Dufrenois said Tuesday in Toulouse. Long-term, the plane maker hopes to attain at least 50% of the commercial market for 100-150 seat aircraft over the next 20 years by selling more than 3,000 planes.