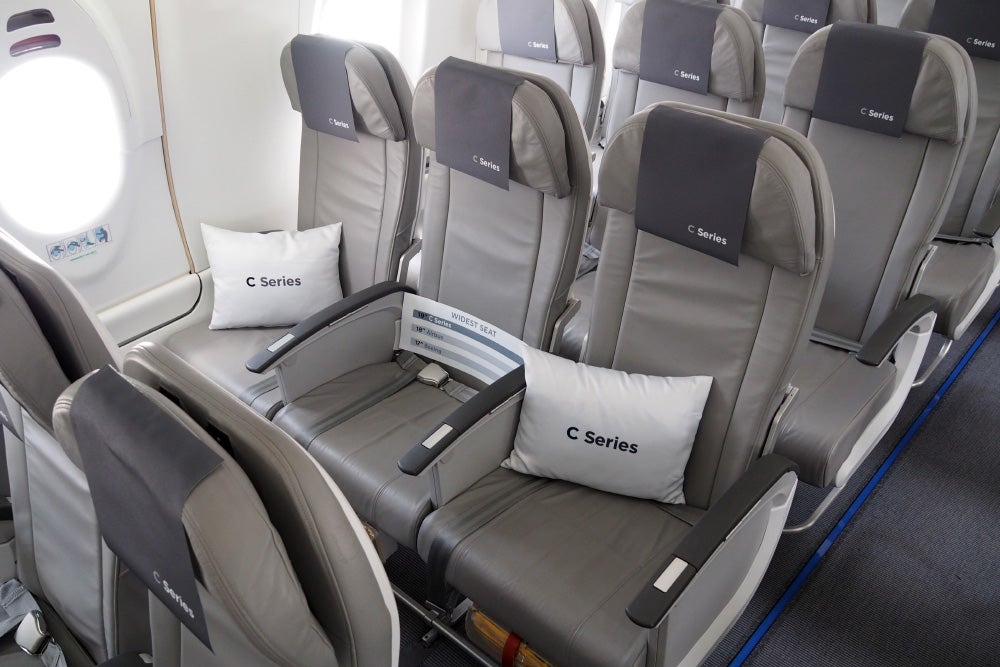 This week, Boeing vs. Bombardier/Delta completed another round of fighting. And again, this round went to Boeing. Delta flyers have a vested interest in this battle, as a ruling in Boeing's favor would surely cause Delta to cancel its order for 75 CS100s — a plane you'll love thanks its massive overhead bins, larger windows and large seat width. Delta has already insisted that it won't pay the tariff.

In a ruling Wednesday, the US Commerce Department confirmed its proposed 300% tariff ruling on all Bombardier CSeries aircraft sold to US buyers. This tariff was the result of a Boeing complaint of price dumping and illegal subsidies from the Canadian government to the Canadian aircraft manufacturer Bombardier.

Boeing asserts that Delta was able to order 75 CS100s for $20 million each vs. the list price of $33 million. It's industry practice that large discounts are given for large aircraft orders and to orders from early customers of a new aircraft type.

Thankfully for Bombardier/Airbus, Delta and Delta flyers, this isn't the final ruling. The proposed tariff now goes to the International Trade Commission to determine if Boeing was truly harmed by alleged price dumping and Canadian subsidies. The ITC is expected to rule in January or February 2018, which will be the critical ruling. The Commence Department has confirmed "the investigations will be terminated and no orders will be issued" if the ITC rules against the tariffs.

No matter the final ruling, Boeing may have done major damage to its relationship with Delta by pursuing this complaint. And it may have already led Delta to place a major order with Boeing's competitor, Airbus.

Deliveries of CS100s to Delta were scheduled to begin in early 2018, but the tariff ruling is delaying the start of these deliveries. And it might be a while before we see a Delta CSeries aircraft.

In the announcement of Airbus taking a majority stake in the CSeries program, Bombardier and Airbus unveiled a plan to assemble CSeries aircraft for US customers at a new line in Alabama. This was presumably being done to try to avoid application of tariffs to the aircraft.

In testimony this week, it was unveiled that Delta and Bombardier are renegotiating the contract for Delta's 75 CS100s. Bombardier officials noted that Delta is asking the company to guarantee that its planes would be assembled at this new line.

If that's worked into the contract, Delta flyers are going to have to wait a while to enjoy a new CSeries aircraft. Presumably Bombardier/Airbus aren't going to begin construction on a $300 million new assembly line in Mobile unless the ITC strikes down the tariffs. Then, it's going to take at least two years before the new line is ready to start producing aircraft.

Boeing's illegal subsidy complaint is coming around to bite the company's order book. As a result of Boeing continuing its complaint, Canada made good on its promise to cancel orders for 18 new F/A-18 Super Hornets. The cancellation of this $5.23 billion order deals Boeing a major setback. In response to the announcement Boeing bemoaned:

Although we will not have the opportunity to grow our supply base, industrial partnerships and jobs in Canada the way we would if Canada purchased new Super Hornets, we will continue to look to find productive ways to work together in the future.

With that order cancelled, Canada put out a call to aircraft manufacturers for bids for 88 new fighter jets. In the announcement, Procurement Minister Carla Qualtrough shot back:

Shots fired. That statement makes it clear that Boeing won't be in the running for any new orders as long as it continues its trade complaint.

What's your take on the Boeing vs. Bombardier/Delta fight?