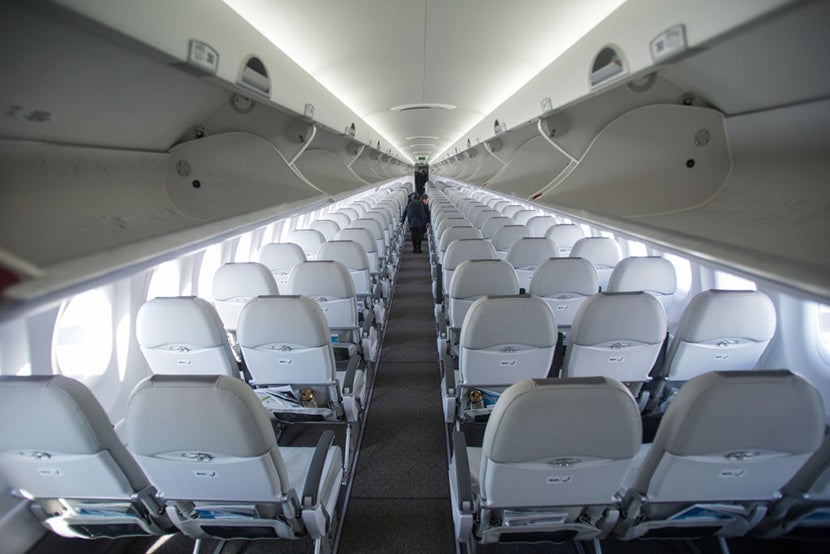 US Trade Commission Hands Bombardier Surprise Victory Over Boeing on CSeries Jet
This post contains references to products from one or more of our advertisers. We may receive compensation when you click on links to those products. Terms apply to the offers listed on this page. For an explanation of our Advertising Policy, visit this page.

In a stunning unanimous (4-0) decision Friday, the US International Trade Commission handed Canadian planemaker Bombardier a victory over Boeing, striking down punitive tariffs imposed by the US Department of Commerce on Bombardier's CSeries aircraft. No reasons were immediately released by the body, which is comprised of international trade experts, and is a quasi-judicial administrative entity that advises the US executive and legislative branch on trade matters.

Boeing had complained that the Canadian planemaker had taken advantage of government subsidies to price the CSeries below cost and unfairly win a huge 75-aircraft order from Delta Air Lines. This is the final verdict after almost a year of rulings and appeals on the matter.

In order to win, Bombardier needed at least three of the commission's four votes. A tied vote would mean that Boeing would prevail. A win for Boeing would have cemented a proposed 292% tariff for all CSeries aircraft sold to US customers — both past and future orders.

On the news, Bombardier's stock soared more than 15% on the Toronto stock exchange. Boeing's stock ended the day up slightly on Wall Street.

The biggest winner besides Bombardier and Airbus — which owns half of the CSeries program — is Delta. The US airline's 75-aircraft order is the largest CSeries order so far. It was this order that prompted Boeing's complaint.

In a statement, Delta noted that it was "pleased" by Commission's ruling "rejecting Boeing's anti-competitive attempt to deny US airlines and the US traveling public" the CSeries aircraft. Delta's statement points out that Boeing "offers no viable alternative."

Delta had previously stated that it wouldn't pay the tariffs, putting the future of the largest CSeries order and possibly of the program itself in jeopardy. But, today's ruling doesn't just mean that Delta will keep this order. Three other US airlines — JetBlue, Spirit and Sun Country — all wrote the US Trade Commission to express support for Bombardier. Since this is a move that could ice relations with Boeing, doing so would indicate a strong interest by these airlines in also purchasing CSeries aircraft.

In a press release Friday, Bombardier said: "Today’s decision is a victory for innovation, competition, and the rule of law. It is also a victory for US airlines and the US traveling public."

For its part, predictably Boeing said it was "disappointed that the ITC did not recognize the harm that Boeing has suffered from the billions of dollars in illegal government subsidies that the Department of Commerce found Bombardier received and used to dump aircraft in the U.S. small single-aisle airplane market."

Now, we will have to wait to see how quickly Bombardier starts delivering CSeries aircraft to Delta. Along with the announcement that Airbus was acquiring half of the CSeries project, it was announced that Airbus would open a new $300 million assembly line in Mobile, Alabama, to produce CSeries aircraft for US customers. However, Airbus wisely waited for this final decision before starting construction on the assembly line.

Now, it'll be interesting to see if this additional manufacturing line comes to fruition or if that was just a negotiation tactic. Or perhaps Bombardier will begin producing CSeries aircraft for Delta in its Canadian manufacturing facility while the second line is built.

The CSeries aircraft are state of the art airliners. Plagued by program delays and with tepid interest from airlines, the CS100 and CS300 jets badly needed a big order, and Delta's acquisition of the aircraft provided a much-needed shot in the arm for the program. Having put the potentially devastating tariff issue to bed, Bombardier's single-aisle jet will be much more attractive for US domestic carriers.

The ITC now will submit an opinion and report to the Department of Commerce by February 13. A public version of the opinion/report is expected to be available by March 2.