All dogs go to Hilton and IHG’s big bet on luxury: Hotel news you might have missed

Articles
Tanner Saunders is a senior hotels reporter for TPG, a corgi dad and chicken fried steak fanatic. Originally from Texas, Tanner now lives in Brooklyn, but you are more likely to find him scouting out your next best home away from home.
Follow
Feb. 01, 2022
•
7 min read 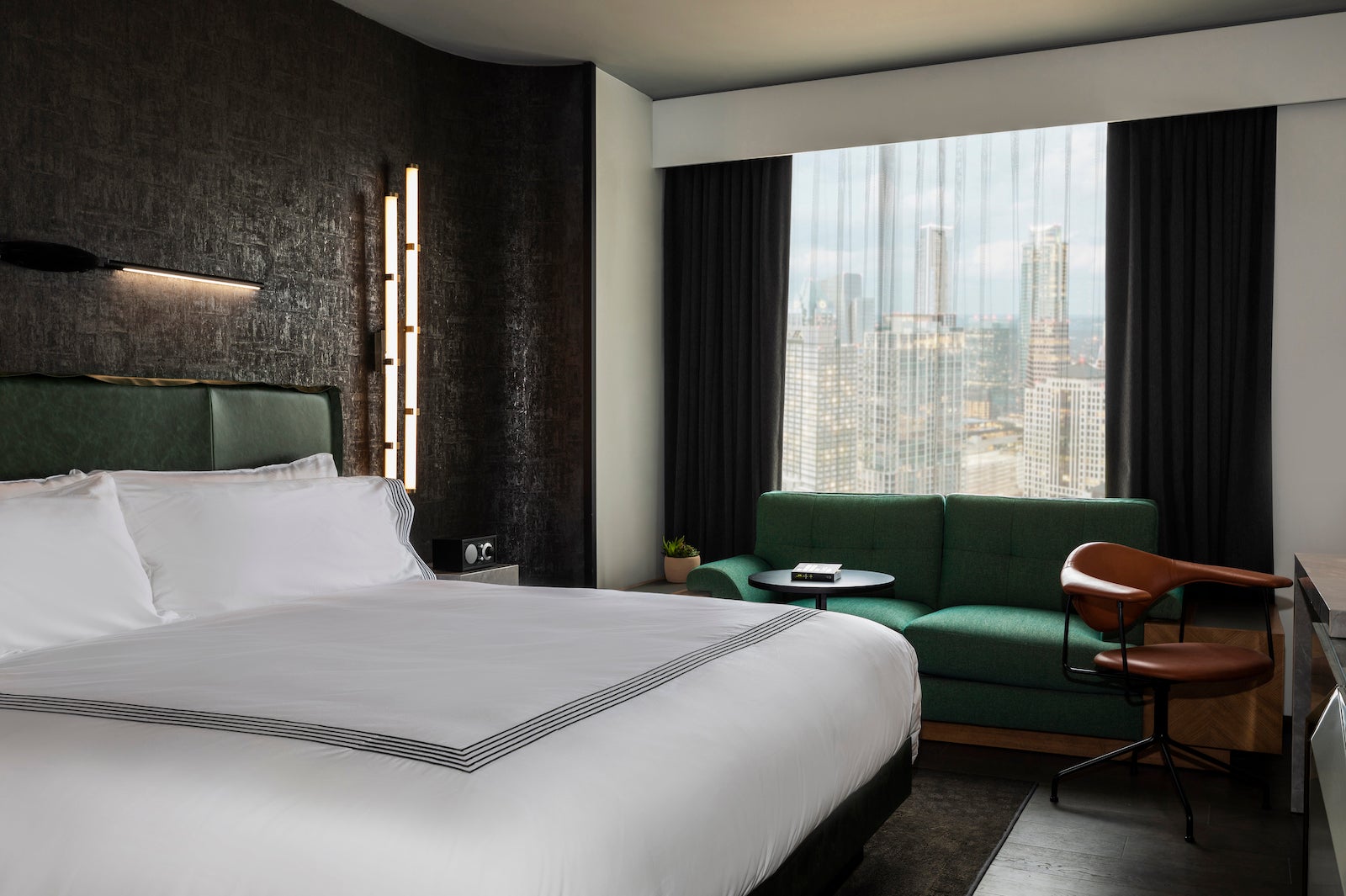 Every day here at TPG, we do our very best to bring you the most important news you need to be a well-informed traveler, from keeping you up to date on the latest hotel openings and changes in elite status requirements to unexpected fees showing up on hotel bills.

But between all the big news we cover, there are smaller things happening in the hotel world that you should know about. We're one month into a new year and with that comes a ton of exciting announcements from hotel brands big and small.

To keep you in the know, we've rounded up a handful of hotel stories you might've missed this month, from one Hilton brand becoming 100% pet-friendly to a slew of new hotels opening around the world.

Hilton is going to the dogs

If you love to travel with your pets, it might be time to start booking stays at Hilton's Homewood Suites, which announced that 100% of its hotels in the U.S. and Canada are now pet-friendly. Even better, the hotel chain is also offering free access to Mars Petcare, an online service that guests can use to chat with experts about pet-related concerns on the trip online or over the phone. Guests traveling with pets to Homewood Suites will be charged a $75 maximum for a one- to four-night stay. Stays lasting five nights or longer cost $125.

By April of this year, Tru by Hilton, Hampton by Hilton, Hilton Garden Inn and Embassy Suites by Hilton will also be completely pet-friendly in the U.S. and Canada.

Hyatt plans to open 45 new hotels in the Americas

Hot off the closure of its acquisition of Apple Leisure Group, which added around 100 resorts and hotels to World of Hyatt, the company announced it's also planning to open 45 new hotels and resorts in the Americas through 2023.

Debuting in 11 new markets for Hyatt, the new properties appear everywhere from urban city centers to coastal resorts town from Cancun, Mexico, to Toronto, Canada. The hotels include new locations of the Hyatt Centric and Hyatt Regency brands as well as outposts of Thompson Hotels (like the now-open Thompson Austin and upcoming locations in Houston, Denver and South Beach), as well as all-inclusive Dreams and Secrets resorts across Mexico.

One major project we're keeping an eye on is the Park Hyatt Los Cabos Hotel and Residences, a 135-room resort set to open in 2023.

A full list of future Hyatt openings can be found here.

A few major hotels are getting a rebrand

It's not uncommon for hotels to be rebranded or sold to another company altogether. In January, it was announced that Four Seasons is stepping away at the end of 2022 from the Four Seasons Resort and Club Dallas at Las Colinas, which the Canadian brand has managed since 1983. The current owners of the hotel are looking for a new luxury hotel brand to take over operations of the Dallas-area resort.

In New York City, the Andaz Wall Street has transformed into the Hyatt Centric, though I'm not entirely sure why. Also downtown, the Millennium Hilton Downtown, located steps away from the World Trade Center Memorial, is ditching Hilton altogether and rebranding as the Millennium Downtown New York. Besides the name, pretty much everything at the 55-story hotel will stay the same, but it's a blow for Hilton Honors members looking for an upscale stay in the popular Manhattan area.

And in Las Vegas, where things seem to be changing by the minute, Bally's is transforming into the Horseshoe Las Vegas, the iconic brand that helped launch the World Series of Poker.

2022 is IHG's year of luxury expansion

While every major hotel brand is opening up a ton of new hotels and resorts around the world this year, IHG is doubling down on its luxury and lifestyle portfolio this year.

Six Senses, a brand that offers luxury wellness experiences around the world, is opening up new locations in Rome, Switzerland and the Maldives, though the long-awaited New York City property won't open its doors until 2023.

Beyond that, IHG is also planning to open seven new Kimpton hotels in destinations like Bali, Atlanta and Roatan, Honduras. Hotel Indigo continues to grow its footprint around the world with locations opening in the U.S., Mexico, Peru, Australia, the Middle East, Asia and beyond.

São Paulo is turning up the hotel heat

All year at TPG we're keeping our eyes open for upcoming hotel trends and destinations we think you need to know about.

One place that's really getting in on the luxury hotel action is São Paulo, Brazil. On Jan. 10, the Rosewood São Paulo opened with great fanfare in a former hospital building that's been reimagined as an ultra-luxe hotel with a vertical garden tower, six restaurants, 450 pieces of art, two swimming pools, a movie theater and even a music studio. If that's not enough, just take a look at the building (pictured above). Have you ever seen a more stunning hotel?

Also announced in January, the JW Marriott Hotel São Paulo will open in the second quarter of 2022, marking Marriott's first luxury hotel in the Brazilian city. Marriott Bonvoy hasn't yet announced what category the hotel will be, but when it opens guests can expect 258 rooms, a restaurant and bar, a spa with five treatment rooms, a swimming pool and a state-of-the-art fitness center.

And lastly, at the beginning of this year, I shared a list of the hotels we're most excited to see open in the first quarter of 2022. I hope this list of hotels from Austin to Prague and many places in between inspires your next trip.

Related stories
Current airline elite status match and challenge options you should know about
Business-class deals are back: This month’s Flying Blue promo awards
Are dogs allowed on cruise ships? These are the cruises that allow pets
Monthly checklist: Credit card perks and benefits you should be using in December
Featured image by (Image courtesy of Hyatt)
Editorial disclaimer: Opinions expressed here are the author’s alone, not those of any bank, credit card issuer, airline or hotel chain, and have not been reviewed, approved or otherwise endorsed by any of these entities.

Our points-obsessed staff uses a plethora of credit cards on a daily basis. If anyone on our team wouldn’t recommend it to a friend or a family member, we wouldn’t recommend it on The Points Guy either. Our opinions are our own, and have not been reviewed, approved, or endorsed by our advertising partners.
See all best card offers
Related stories
Guide
Current airline elite status match and challenge options you should know about
Deals
Business-class deals are back: This month’s Flying Blue promo awards
Guide
Are dogs allowed on cruise ships? These are the cruises that allow pets
Guide
Monthly checklist: Credit card perks and benefits you should be using in December