The British are coming: Here's why you should lock in your fall travel plans now 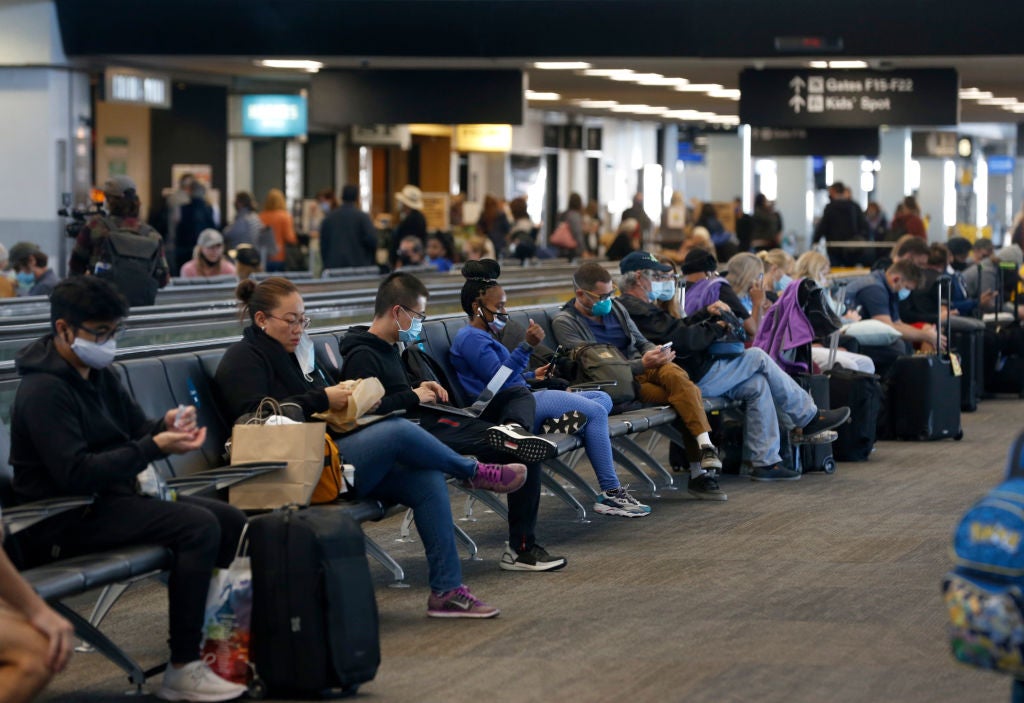 With very few exceptions, international travelers have been banned from entering the United States during the pandemic.

But the restrictions on these travelers, which have been ongoing since March 2020, will finally end in November. That’s when the Biden administration will allow fully-vaccinated travelers to enter the U.S. for leisure purposes. Travelers will still need to show a negative COVID-19 test but won’t have to quarantine upon arrival.

The ban was initially put in place by then-president Donald Trump and then extended monthly by President Biden to slow the virus’ spread. But the ban, according to travelers and travel providers, decimated the industry and unnecessarily separated family and friends. There were also calls for reciprocity, as the United Kingdom and much of the European Union allowed Americans to enter their countries earlier this summer.

The U.S. travel industry had long lobbied to ease the ban, saying it cost the U.S. economy $1.5 billion in spending from Canada, Britain and the EU per week. After the announcement, the industry leaped with joy, with destinations like New York City calling the lifting “critical” to the city’s recovery.

The relaxing of the travel ban means families separated for more than 18 months will be able to reunite. Travel demand may also pick up in the coming months. And -- according to travel experts -- international tourists are already planning their fall, winter and spring travel.

Here’s what you need to know when drafting your travel plans.

Several experts have told TPG in recent days that it’s much too soon to know whether there’s been a big jump in Europeans booking travel to the U.S. yet. However, travel analysts note that Europeans are searching for travel to the U.S., even if they haven’t booked yet.

Initial data from several sources, like Google Travel, indicate that foreign travelers are searching for trips. Searches for terms like “flights to New York” from the U.K. spiked shortly after the White House’s announcement.

TPG senior editor Ben Smithson, based in London, says he’s already noticed a sense of excitement from Europeans following the news that the U.S. would end its travel ban.

“Shares in airlines like British Airways and Virgin Atlantic have soared on the announcement,” Smithson says, “and both airlines have warned of longer than usual wait times as British and other European travelers call in to redeem all of those travel vouchers from previously canceled trips.”

Smithson says European travelers -- trying to escape the bitter cold -- will likely flock to warmer destinations, such as Orlando, Miami and Los Angeles. However, Northeast U.S. destinations are popular among many Europeans, even during the winter holiday season. Smithson says some travelers will likely make their way to cities like New York during winter holidays such as Christmas and New Year’s Eve.

According to data from the travel site Skyscanner, visitors to the site’s U.S. platforms were 20% higher the day the announcement that the travel ban would be lifted, compared to the previous week. And travelers from the U.K. and Germany, in particular, are chomping at the bit to travel to the U.S. Visitors on Skyscanner’s U.K. and German sites rose by 74% and 28%, respectively, immediately following the announcement.

“With the option for transatlantic travel now open, we expect a large portion of these searches to convert to bookings very quickly, as friends and families make plans to be reunited and vacationers head to their favorite spots,” said Martin Nolan, traveler rights expert at Skyscanner, in a statement.

But Europeans aren’t the only ones searching for fall destinations in the U.S. American travelers are, too -- and they’re also interested in many of the same destinations as Europeans.

According to Tripadvisor, which just released a Fall Travel Index, more than half of Americans say they plan to travel this fall. The report notes that U.S. travelers are also comfortable spending more and traveling with more people on their trips. The average price for trips booked by Americans this fall is $776, compared to nearly $600 for international travelers.

“Americans are spending significantly more on travel than the rest of the world,” said Val Anthony, the lead research analyst at Tripadvisor, in a statement. “This could be a result of more family trips: ‘Family hotels’ are the most popular hotel style, while pools and ‘family rooms’ are among the most popular hotel amenities being searched on Tripadvisor in the U.S. right now.”

There will likely be some competition for hotel rooms and airplane seats this fall, and experts suggest not waiting to book travel.

Scott Keyes, the founder and “chief flight expert” of the airfare deal subscription company Scott’s Cheap Flights, doesn’t think flight prices will increase significantly after the announcement. And while he predicts there will be enough hotels and airlines to meet the demand of foreign and domestic travelers, Keyes doesn’t suggest travelers wait until the last minute to book travel.

“People from Europe, China, United Kingdom and elsewhere have not been allowed in the U.S., and there has been a huge pent-up demand for travel from folks who live in those places,” Keyes said.

In fact, if you haven’t shored up your travel plans, you’re already behind the curve. That’s because last-minute flights are (almost) always going to be pricier than average. There’s one other factor: The reopening falls just weeks before the start of the U.S. holiday season, which is likely to push last-minute flight and hotel bookings higher -- if they even are available.

One piece of advice for travelers? Stop what you’re doing and start planning your fall and winter trips.

“The best time to book your Christmas and New Year’s flights was three months ago,” he says. “The next best time is [now], and the worst time to do it is a few weeks before travel.”

Related stories
United credit card holders: Earn bonus miles with the Mile Badge Game promotion
Register now: Choose how you earn bonus points with IHG One Rewards’ new promotion
Is the Marriott Bonvoy Brilliant Amex worth the $650 annual fee?
The best ways to travel to Japan with points and miles
Featured image by Hearst Newspapers via Getty Imag
Editorial disclaimer: Opinions expressed here are the author’s alone, not those of any bank, credit card issuer, airline or hotel chain, and have not been reviewed, approved or otherwise endorsed by any of these entities.