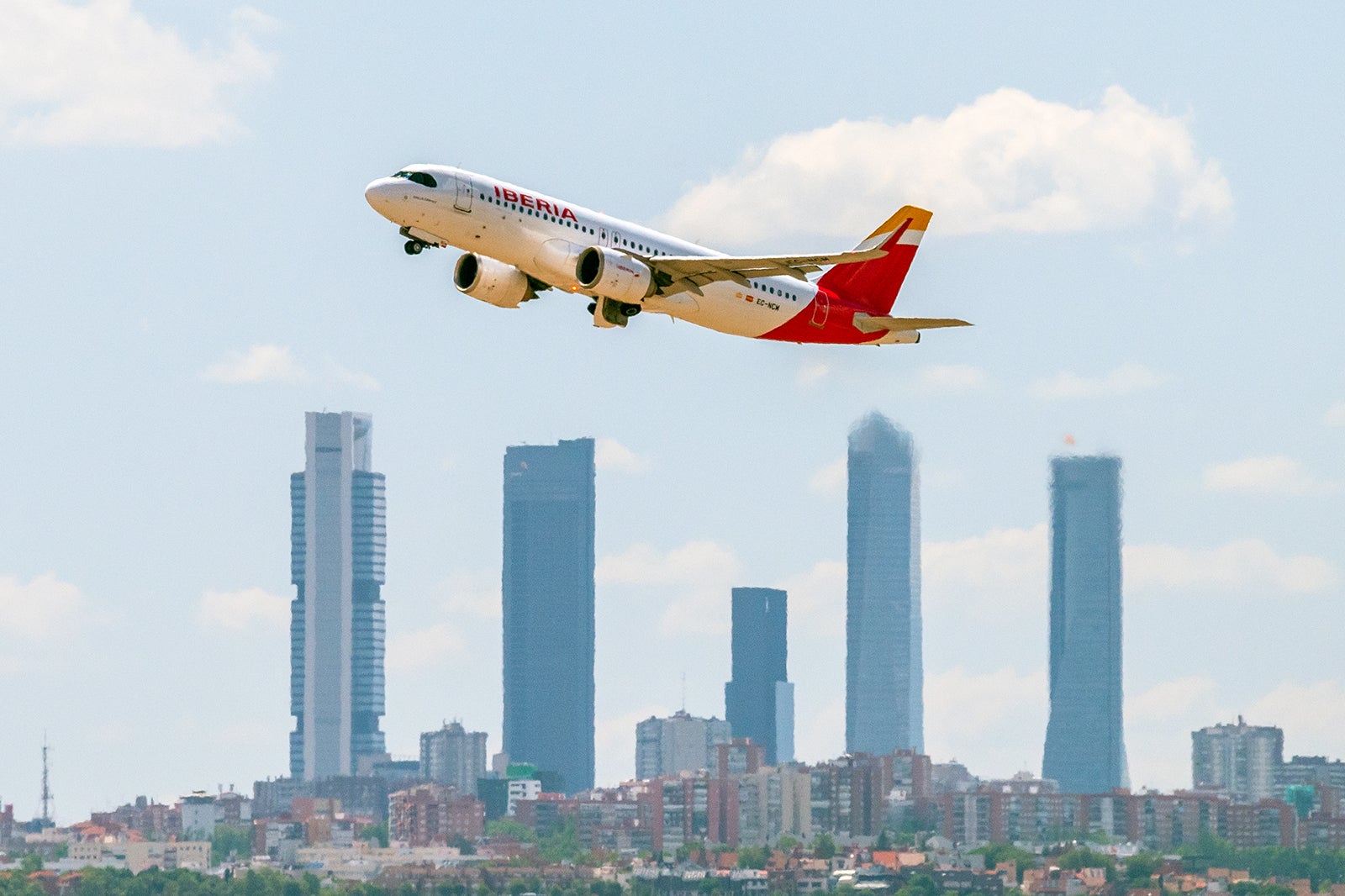 We’ve written extensively about the cavity-inducing sweet spot of flying to Europe with Iberia Avios. You can book an economy ticket for as little as 17,000 Avios each way — or a lie-flat business-class seat for just 34,000 Iberia Avios — with moderate taxes and fees. You’ll be hard-pressed to find a cheaper way to shuttle across the Atlantic in style.

This sweet spot has recently received an update: You can now book it with British Airways Avios, too, as first reported by One Mile at a Time. Let’s quickly revisit this deal and explain what the update means for you.

If you’re unfamiliar with this sweet spot, here’s a quick overview.

Iberia, the flag carrier of Spain, lets you fly to Adolfo Suárez Madrid-Barajas Airport (MAD) starting at just 17,000 Avios in economy and 34,000 Avios in business class from the following airports:

You can also fly to Madrid in economy for 21,250 Avios and in business class for 42,500 Avios from the following airports:

These prices only appear during off-peak travel dates (of which there are plenty). Peak dates cost up to 20,000 more Avios.

Even if you don’t want to visit Madrid, this is an excellent way to cross the pond. You can inexpensively hop to the destination you actually want to visit once you’re in Europe.

The only real caveat to these inexpensive award flights is the amount of taxes and fees they incur, which can cost $280-plus for a round-trip flight.

For example, the above award prices to Madrid have also been bookable through the British Airways website, but booking this way has required several hundred dollars in fees for business-class tickets, making them a non-starter for any rational award traveler.

British Airways has lowered its taxes and fees to match Iberia’s when flying on Iberia metal. In other words, you can now use either British Airways or Iberia Avios to book this deal.

Those fees are way lower than they once were — and they match Iberia’s prices exactly.

This also makes it extra simple to effectively manufacture your own cheap paid fares with British Airways Avios.

Does this change matter to you?

This change matters for a couple of reasons.

Most obviously, booking the Iberia sweet spot is a bit easier for many, as it’s now doable through two different sites. The ability to use British Airways Avios to book the ticket directly (instead of transferring Avios to Iberia) takes a step out of the process for many Avios collectors, making things a bit less daunting.

Related: How to transfer your Avios between British Airways, Iberia and Aer Lingus accounts

It’s worth noting, however, that award availability appears to be far from identical. After extensive searching, we’re finding much more award inventory on Iberia’s own site.

The more important takeaway of this recent change from British Airways is that it represents another step toward alignment between the loyalty programs that use Avios for their currencies, creating value for customers in the process. For example:

And now, British Airways, notorious for its crippling fuel surcharges, has reduced this out-of-pocket cost for Iberia flights, as well. Things are looking up for Avios.

Related: How to book Qatar Qsuite to the Maldives for just 85,000 points

The program continues to take steps to align prices among its various airline currencies — British Airways, Iberia, Aer Lingus and Qatar. Perhaps in the near future, all four airlines will offer identical prices, for better or worse.

If you’ve been wanting to take advantage of those inexpensive prices for Iberia business-class awards to Madrid from East Coast cities for 34,000 Avios (and reasonable fees), the process just got easier. You can now book the same flights through British Airways without being penalized with high fuel surcharges.

Just note that award seats might be more sparse, since the process is now less complicated.

Related stories
Here are the best Black Friday travel deals of 2022
Great deal: Book business class tickets at premium economy prices with this Avianca LifeMiles sale
Holiday gift guide: TPG’s 22 travel-friendly picks for 2022
Vail Resorts lift-ticket sales capped; buy your Epic Pass by Dec. 4
Featured image by LightRocket via Getty Images
Editorial disclaimer: Opinions expressed here are the author’s alone, not those of any bank, credit card issuer, airline or hotel chain, and have not been reviewed, approved or otherwise endorsed by any of these entities.