Hyatt members, it's time for another look at Vegas: How I earned an elite qualifying night for just $24 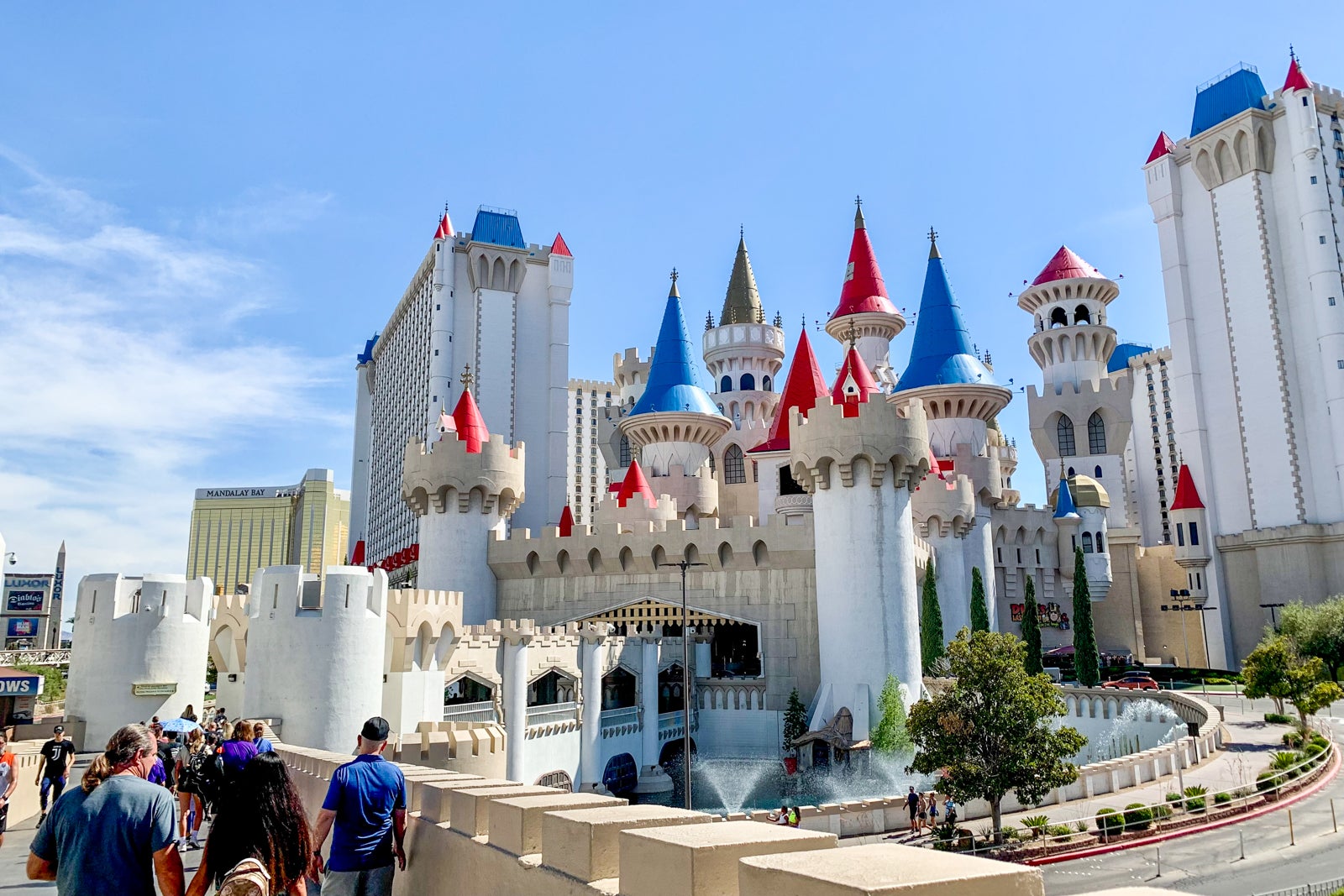 I snag inexpensive World of Hyatt nights whenever I can.

After all, if you want to earn World of Hyatt elite status, you'll need to meet annual requirements for nights, base points or events hosted. And I plan to requalify for World of Hyatt Globalist status this year based on accruing 60 tier qualifying nights.

I have the World of Hyatt Credit Card, so I get five qualifying night credits every year just by having the card and I earn two more qualifying nights for each $5,000 I spend on my card. I'm also redeeming Hyatt points at several Hyatt Category 1 properties (award nights count toward status) and have booked a collection of inexpensive Hyatt nights in South Africa and India.

But you don't need to travel outside the U.S. to snag extremely inexpensive elite qualifying nights with World of Hyatt. Thanks to the launch of the new MGM Rewards program and Hyatt's partnership with MGM, World of Hyatt Explorists and Globalists can now stay in Las Vegas without paying resort fees, which makes the all-in price much less than before.

And, as I found on a $24 night at Excalibur Hotel & Casino in Las Vegas earlier this month, these nights can count toward earning Hyatt points and nights if you play your cards right. Best of all, you can book nights later this year through MGM for this same low rate.

Hyatt and MGM have a special partnership that provides World of Hyatt members several benefits:

Some of these perks, such as the ability to earn MGM tier credits instead of Hyatt points when staying with Hyatt, likely won't provide much value if you're loyal to Hyatt. But it's still worth matching your World of Hyatt status to MGM Rewards.

MGM Pearl members and above get access to useful benefits, including free self-parking at MGM Resorts in Las Vegas. MGM Gold members get additional perks, including waived resort fees, when booking directly with MGM Resorts International.

Getting waived resort fees, points and nights at MGM Resorts in Las Vegas

Earning Hyatt elite nights and base points at participating MGM Rewards destinations such as the Bellagio or Aria isn't new. nor is the ability to get a matched elite tier with MGM.

But, with the launch of the new MGM Rewards program on Feb. 1, MGM Rewards Gold members and higher now get waived resort fees when booking directly with MGM Resorts International. This new perk changes the math for World of Hyatt Explorists and Globalists who match their status to MGM before visiting Las Vegas.

When you book directly with MGM as a Gold member, you'll still see a resort fee when booking. But the check-in agent noted this fee would be waived due to my Gold status when I arrived at Excalibur earlier this month. And indeed, I didn't see a resort fee on my bill at checkout.

How I earned on my recent stay at MGM's Excalibur

You may be curious exactly how my earnings broke down on my recent MGM-booked stay at Excalibur. And admittedly, the math is a bit complicated due to Hyatt's current Bonus Journeys promotion and charging a meal to my room.

In total, I earned 2,308 World of Hyatt points, one Hyatt tier qualifying night, 351 MGM tier credits and 43 MGM points on $48.63 of spending. Hyatt and MGM both considered $43.91 of this spending to be qualifying.

I wasn't sure whether I'd also earn MGM points when opting to earn Hyatt points -- but MGM posted 43 MGM points to my account seven days later. I also earned 8 tier credits per qualifying dollar spent thanks to MGM's current double tier credits promotion and 6.5 Hyatt points per qualifying dollar spent as a World of Hyatt Globalist.

My Hyatt earnings are elevated since I received a 2,022 Bonus Journeys two-night bonus on this stay.

Related: Be careful how you book MGM hotels in Vegas; my mistake cost me a valuable Hyatt perk

I had low expectations after reading TPG executive editor Scott Mayerowitz's review of the Excalibur Hotel & Casino in Las Vegas. But frankly, for the price I paid and its location on the Las Vegas Strip, I felt the room, service and casino were fine at Excalibur.

My advice is don't overlook the value you can get in Las Vegas as a Hyatt member booking through MGM.

As a Globalist who matched to MGM Rewards Gold, I would certainly book through MGM and stay at an inexpensive MGM property again to get some Hyatt elite qualifying nights at a low cost.

Excalibur is the least-expensive MGM property in Las Vegas on most dates, but you can often snag Luxor or New York-New York for just slightly more if you prefer. Rates tend to be the least expensive on Sunday through Wednesday nights.

And if you happen to stay during one of Hyatt's lucrative stay-based promotions (like the current Bonus Journeys promotion), then your net cost for earning inexpensive Hyatt tier qualifying nights may be very, very low.

Featured image by Scott Mayerowitz/The Points Guy
Editorial disclaimer: Opinions expressed here are the author’s alone, not those of any bank, credit card issuer, airline or hotel chain, and have not been reviewed, approved or otherwise endorsed by any of these entities.