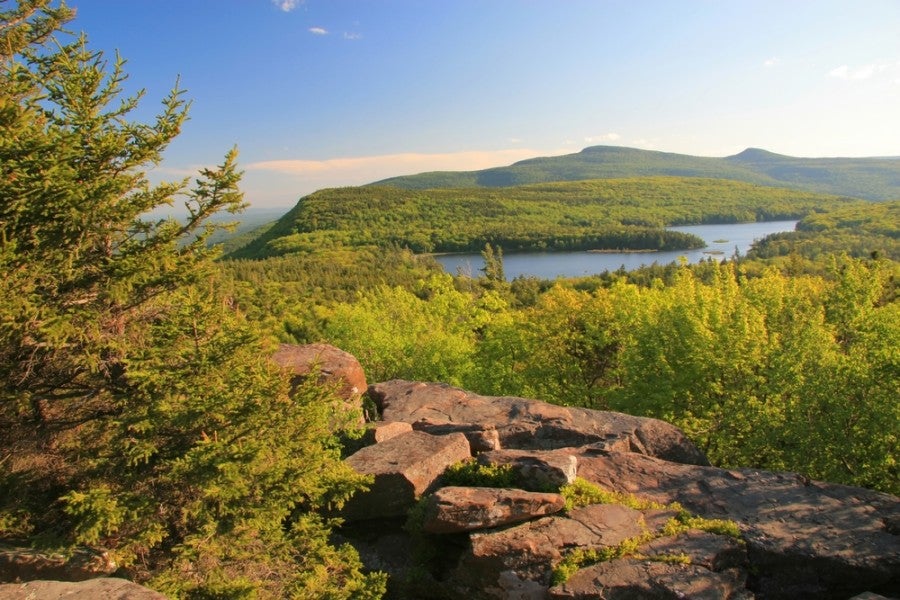 Many people visit New York City with an itinerary packed as tight as a carry-on and leave thinking: "I could never live there." But for those us who call the Big Apple home, we're in it for the convenient (in theory) public transportation, endless job opportunities and indispensable dollar slices. But every now and again, even the most die-hard city slicker needs a getaway.

One of the best things about living in New York City happens to be how easy it is to get away, thanks to the solid network of local and regional transportation and a flurry of clever companies and programs designed to get New Yorkers out of the city. And that's to say nothing of the places to go when you get out. Upstate, in the Catskills, Hudson Valley and Adirondacks, a boutique hotel scene is booming, and high-end campsites are cropping up, too.

Even if you're just visiting, consider looking beyond the city for some of New York's most unexpected — and relaxing — experiences.

With a destination in mind, your next order of business should be transportation. But fear not: It's honestly easier to get out of town than it is to get the L to Brooklyn. Plus, virtually every mode of transportation comes with a way to score serious deals. So while we'll always love you, New York City, a little absence makes the heart fonder.

For those willing to brave the great outdoors — at least a little —Tentrr is a new company that's sort of like Airbnb for backyards. Homeowners (called campkeepers) set up "fully-rigged" and completely nature-friendly campsites (think: canvas tents, Adirondack chairs, sun showers) and even arrange experiences like hiking in the Catskills or whitewater rafting in the Adirondacks. New Yorkers who want to get outside without splurging on expensive gear can book a stay at the Tentrr-approved site, like Camp Winterton by the Shawangunk Ridge.

Another option is Collective Retreats, which lets you go glamping in the Hudson Valley with luxe amenities such as 1,500 thread-count sheets, complimentary breakfast and electricity. Of course, if all you really want is to get off Manhattan island for a night, Collective Retreats offers glamping on Governors Island until late October — though you'll still, technically, be in Manhattan. Who said New Yorkers were camping-averse?!

If fitness is your focus (those bagels aren't going to burn themselves off), check out the new day trips from Equinox Fitness. Picture yourself stepping off the treadmill and heading up to Minnewaska State Park Preserve for seven miles of trail running, or — if that's not exactly your idea of relaxing — joining an Equinox instructor at the Mohonk Preserve for a custom yoga workshop. In addition to workouts with fitness pros, the perk of booking an Equinox day trip is that you don't have to worry about getting where you're going. The round-trip transportation from a Manhattan fitness center is part of the price.

Sure, the MTA can have you beating your head on the subway doors from time to time, but luckily the commuter rails that run in and out of the city are much more reliable. Catch the Metro-North or New Jersey Transit from Grand Central and Penn Station, respectively, and relax as you're whisked beyond the confines of the city. (Pro tip: Grab a tall boy from the concourse and get the party started early.) Off-peak fares, which include weekends, are significantly less expensive, and Amtrak often runs specials, such as its Double Days points promotion, when Amtrak Guest Rewards members can earn twice the points they’d normally get on train travel.

From Sept. 27 to Nov. 2, travelers can even ride Amtrak's vintage glass-domed train for a scenic fall foliage journey through the Adirondack Mountains. Catch it in Saratoga Springs or Albany, both of which are serviced by regional Amtrak trains.

Get above the crowds

With three city-area airports, catching a flight to just about anywhere in the world is relatively easy from the Big Apple. And though it isn't cheap, New York City also has a robust network of seaplanes and helicopters. For a view of the Big Apple that will really help you appreciate the city's scope and iconic skyline, BLADE's cheaper Cessna Grand Caravan can take you to and from Teterboro, New Jersey and Montauk for $690 round-trip or $345 one way.

Getting out of the city by car can be a bit — how should we put this — harrowing. But once you're cruising on the Saw Mill River Parkway with the wind in your hair, you'll quickly forget the white knuckle drive. There are plenty of rental car deals to be had, and the service Silvercar, which primarily rents Audi A4s painted (you guessed it) silver. Simply use the mobile app to reserve the car, request pickup from the airport, unlock the vehicle upon arrival and get receipts. (If you haven’t used Silvercar yet, you can earn a $25 credit on your first rental by entering referral code: BKELLY1.) Car-sharing services like Car2Go and Maven are also popular in the city.