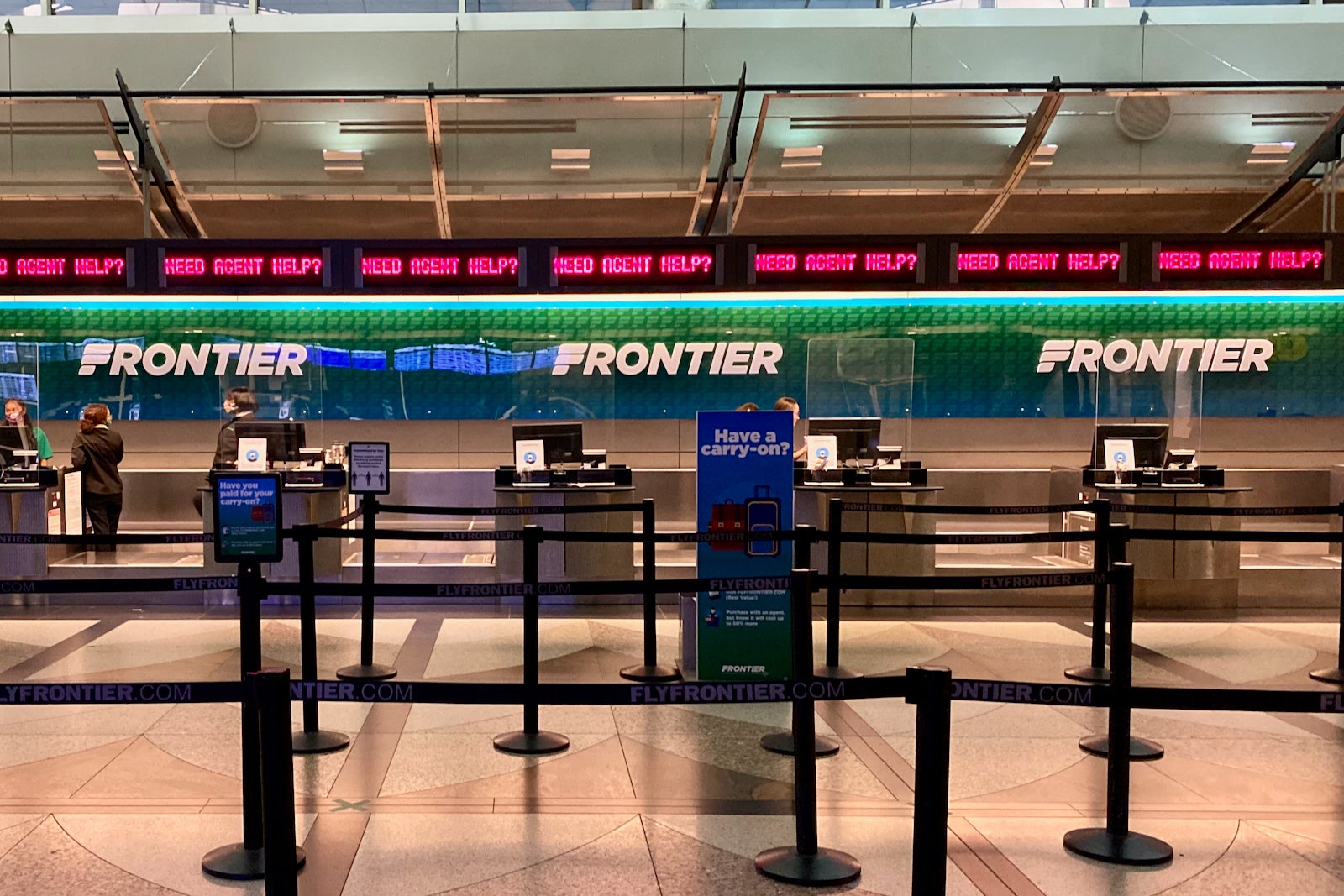 In addition to being a billion-dollar revenue stream for airlines, loyalty programs are also a great way to get customers to make irrational decisions — like flying with a preferred airline even if it means connecting instead of going nonstop or taking a super-early or very late flight.

While I've made my fair share of sacrifices to stay loyal to American and United, the pandemic has me rethinking my preferences. When I needed to fly from Denver to Phoenix on a recent Saturday night, I checked out available flight options, filtering for my preferred full-service airlines.

Neither AA nor United had convenient schedules and connecting wasn't a good option for what would otherwise be a 90-minute nonstop flight. Denver-based Frontier Airlines had a perfectly timed flight, so I figured I'd give it a shot. After all, it'd been over four years since my last flight on this ultra-low-cost carrier (ULCC).

How was my pandemic-era Frontier experience? Read on to find out.

The price you see doesn't include much

This shouldn't come as much of a surprise, but when you fly with a ULCC like Frontier, your ticket just includes transportation for you and one small personal item.

The fare displayed doesn't include a full-sized carry-on bag, nor does it include a seat assignment, snack or checked bags. You'll pay an ancillary fee for all the extras you'd like to add.

I knew this going in, but after paying $39 for a carry-on bag, the price differential between flying a full-service carrier and Frontier narrowed. Had AA or United offered a similarly timed nonstop flight, I definitely would've been sure to compare the all-in Frontier price against the competition.

Many times, when factoring in bags and seats, you'll find that it pays to stick with a legacy carrier.

You’re in charge of your social distancing strategy

Speaking of ancillary fees, Frontier charges for seat assignments. If you decide to not pay for a seat, you'll be randomly assigned one during the check-in process.

Normally, for a 90-minute flight, I would've been fine sitting basically anywhere — even squished in the middle between two strangers.

But we're living in 2020, and personal space is the name of the game. Frontier isn't blocking any seats for distancing, so you're in charge of your own social distancing strategy.

I booked my flight just two days before departure and noticed that most people hadn't purchased seats. As the check-in window opened, the computer system began automatically assigning seats from back to front.

I waited until just two hours before the flight to check-in and most seats from the back of the plane until row ten had been assigned. At this point, I recognized that I could either "chance it" and hope that I'm automatically a seat in the first ten rows or purchase a seat assignment that'd almost guarantee me an empty middle.

I ended up with both the entire row to myself — well worth the extra $44 I spent.

These days, every major U.S. airline requires that you wear a mask or face covering during the end-to-end travel experience.

But just because masks are required doesn't mean that people actually wear them correctly during the entire flight. Though airlines have promised to ban non-compliant passengers, enforcing the mask requirement is difficult. The onus falls on flight attendants who already have a long list of responsibilities during the flight.

Over the course of my seven pandemic-era flights, I've seen a range of mask compliance among fellow passengers. But Frontier took enforcement to the next level.

In addition to multiple pre-boarding announcements, the flight attendants greeted every passenger at the boarding door reminding (and correcting) them to keep their mask over the nose and mouth.

During the course of the flight, the crew made repeated announcements reminding passengers about the mask policy, which definitely helped keep compliance much closer to 100%.

Every airline has implemented a host of anti-coronavirus measures. Frontier is unique in that it is the only major U.S. carrier to do a temperature check before every flight.

As such, the boarding process required the help of two gate agents. One was responsible for performing the temperature checks, while the other scanned boarding passes.

Though temperature checks are an imperfect measure for determining COVID infection, Frontier's implementation was seamless and didn't add any time to the boarding process.

Related: Delta to screen flyers' temperatures as part of test at LAX

Super clean, but tight Airbus A321

Frontier flies an all-Airbus narrowbody fleet, and my flight was operated by the carrier's flagship Airbus A321.

The four-year-old bird looked spotless after sitting on the ground for over six hours in Denver in between flights.

The pre-reclined slimline seats were arranged in a standard 3-3 configuration, but the legroom was noticeably tight. As a point of comparison, JetBlue's A321 seats 200 passengers. Frontier's? It seats 230.

Frontier doesn't offer anything in the way of onboard amenities.

Aside from free usage of the lavatory, you're on your own. There's no inflight power, Wi-Fi or seat-back entertainment.

On the 90-minute Saturday night flight, I just used my iPad to catch up with some shows. However, I'd have a hard time flying with Frontier during the workweek.

Staying connected on a domestic flight is a baseline offering in my book, so unless I absolutely need to (or the flight is short enough), I can't imagine flying with Frontier again between Monday and Friday when I am trying to work.

Notably, Spirit Airlines — one of Frontier's ULCC competitors — is working to install Wi-Fi across its fleet.

Flying during the pandemic looks a lot different than before. Even if you're flying in first class, odds are that you won't be served a meal, nor will you have a pick at your favorite cocktail.

Though Frontier doesn't normally serve complimentary meals, it has suspended its buy-on-board program. The only item available for purchase is water for $2.99.

Again, that sufficed for a 90-minute flight. But if you're flying from Miami to Denver on a nearly five-hour flight, you'll definitely want to stock up on snacks and drinks before boarding.

Related: Comparing inflight service on Allegiant, Frontier and Spirit in the age of coronavirus

For an ultra-low-cost carrier, I was actually impressed with my Frontier experience.

The seats were clean and comfortable (enough), the flight was on-time and the flight attendants enforced the mask requirements.

But would I do it again? Though the Frontier experience was just fine, I’d still prefer a full-service carrier if I have the choice.