Flying after coronavirus: health screenings in airports and emptier planes 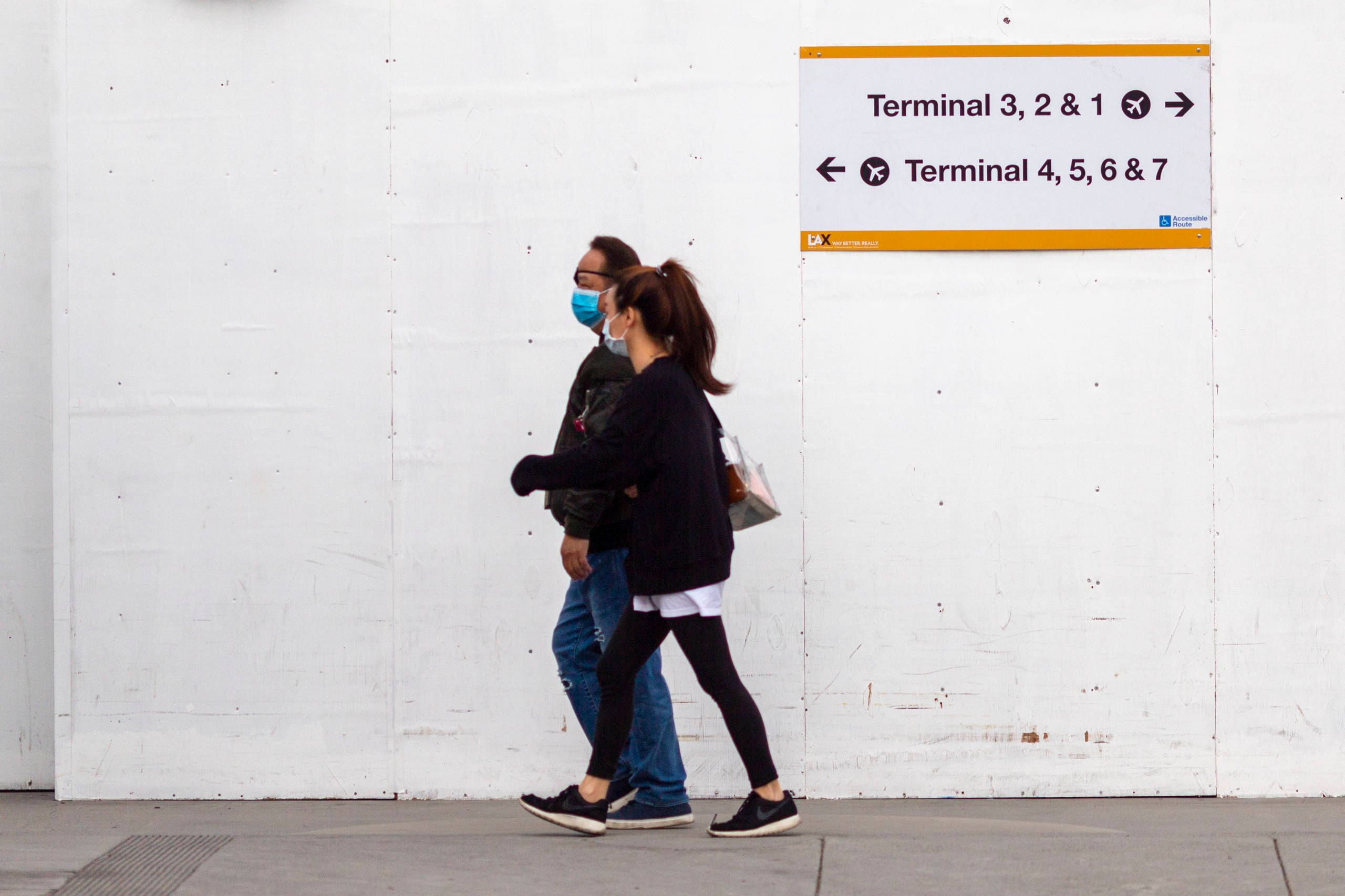 Flying after coronavirus: health screenings in airports and emptier planes
This post contains references to products from one or more of our advertisers. We may receive compensation when you click on links to those products. Terms apply to the offers listed on this page. For an explanation of our Advertising Policy, visit this page.

Travel is sure to look different when the coronavirus pandemic subsides, and we're already getting some clues about what changes might be on the horizon for airline passengers in the not-so-distant future.

Passengers on a recent Emirates service from Dubai to Tunisia were administered a blood test before their flight was allowed to leave, a dramatic departure from normal as the aviation industry tries to find its footing amid the coronavirus pandemic.

Results from the tests, administered by Dubai’s health authority, were available in less than 10 minutes, according to the airline, and passengers were presented with a certificate stating their COVID status. That document will also allow them to travel to countries that require some proof of good health.

Also in the Middle East, Abu Dhabi-based Etihad Airways has rolled out its own form of testing for coronavirus, deploying contactless devices meant to track passengers’ biological signs like temperature and heart rate that could indicate illness.

It’s all hard to imagine, but could this be the new future of air travel in the era of coronavirus, even in the U.S.?

Experts from travel industry analysts to epidemiologists all seem to think so, but exactly what that next phase will look like — particularly in the U.S. — remains uncertain. One thing is clear though: the future of travel, at least in the near term, is likely to include at-airport health checks before boarding.

"It seems inevitable that this will occur," Louis Mansky, director for the Institute for Molecular Virology at the University of Minnesota, said in an email. He said that screening "will likely be limited to taking people's temperatures and restricting those with temperatures from flying."

More: 7 ways coronavirus could forever change the way we travel.

He acknowledged though, that such screening would be an imperfect measure, particularly as asymptomatic people can still spread COVID-19.

"That would not eliminate everyone, but would help prevent those with an elevated temperature from flying, and there could be additional testing for those individuals that might test for the virus," he said.

Mansky added it can be difficult in the immediate aftermath of a pandemic for a global health standard to emerge, but that some form of screening for travelers will almost certainly be necessary.

For industry watchers, the inevitability of airport health screenings is not necessarily a bad thing, particularly as airlines will look to reassure passengers that air travel is safe when the pandemic subsides.

In Harteveldt's view, some form of at-airport health screening may actually help lure some passengers back. But that doesn't mean implementing a new system will be easy.

Related: What the heck is a HEPA filter? And does it help keep your airplane safe?

"It’ll have to be universal and I think it’ll have to be standardized," said Robert W. Mann, an aviation industry analyst based near New York City. He added testing will have to be more or less the same nationally, so passengers know what to expect when they get to the airport and the new process won't be too disruptive for travelers.

Mann believes it may be best for travelers to be screened well before they arrive at the airport, so they can simply present a document that shows they are cleared to travel when they're ready to board a plane.

“It’s far more disruptive than the TSA process if you fail it, and you don’t know you’ll fail it until you get there," he said. “The ideal thing would be: do it off premise, get the passport and travel. And eventually, that’s just get vaccinated and travel.”

Whether an off-site method would be possible — or preferable — is likely one of the many things that both the industry and regulators will be forced to consider once flying begins to ramp up again.

In the near term, Harteveldt said at-airport temperature screenings like the process in Abu Dhabi may be an acceptable stopgap. But further into the future, he believes travelers are likely to demand more stringent regulations to keep contagions at bay.

“I anticipate that we will see separate health screening at airports to be a relatively short-term phenomenon as a government or multinational proof of good health is introduced into society," he said. "What I don’t see changing long-term though is the requirement for us to be able to prove our good health as we go through airport screenings, it will just become more streamlined.”

Both Mann and Harteveldt agreed that official health documentation could become as essential as photo ID for travelers in the future.

Related: Everything you need to know about Real ID.

Because flying inherently involves being in close contact with others for extended periods of time, Harteveldt believes it's likely that air travelers will have to undergo more stringent screenings than say, retail shoppers or restaurant patrons, who may also face some kind of health checks in the future.

“I think that the air transport industry is going to lead the country and many other industries in health screening," he said. "A temperature check might be an interim measure at some of these places, but for airplanes and airports, I think people are going to demand a more stringent health check."

Harteveldt also said it's likely planes will have to fly with fewer passengers, especially in the early post-pandemic days.

“There will likely be social distancing restrictions in place when we start to travel, so middle seats may be blocked in the beginning – great for us as travelers, but there’s a risk that airfares could become more expensive," he said.

What also remains unclear for now is how situations where passengers are denied clearance will be handled.

Mann believes that in a future that may involve pre-flight health screening, airline credit cards may be even more valuable if they offer rebooking protections to passengers who get turned away during the check.

Harteveldt and Mann agree that it's unlikely that airlines will want to directly shoulder the costs associated with this new layer of screening and the possible rebookings that could result.

Harteveldt also said that new health screenings could speed the introduction of other biometric technologies at airports, because they could easily be paired together.

Read more: A guide to biometric boarding in the U.S.

“I could see at some point incorporating a health screening component into biometric readers like the kiosk at Clear for airport security. I could see Global Entry kiosks using this," he said. "I think we want to get to a point where the majority of people don’t have to go through a separate health screening at the airport," because it will be integrated into other forms of passenger checks.

In the meantime, those who are traveling right now face an inconsistent array of checks both before and after their flights. Checks can vary by airport, country or other locality, and in some places aren't happening at all.

The U.S. so far has been slow to institute health checks for either departing or arriving passengers. In Japan, however, arriving passengers can be forced to quarantine in the airport, where they must take a mandatory coronavirus test before entering the country.

Global reports of pre-departure checks so far have been thin, even as experts agree those screenings would be more effective at controlling the virus.

In some locales, some rudimentary checks are already in place, especially in areas that grappled with previous disease outbreaks like SARS.

For example: passengers transferring through or clearing customs at Shanghai Pudong International Airport had to go through an automated temperature screening as part of passport control, even before the coronavirus pandemic began.

Whatever the future holds, Mansky, the University of Minnesota virologist, said that health-conscious ground rules will remain a mainstay for travelers, and pretty much everyone else.

"Maintain good personal hygiene. Wash your hands. Do not touch your face with your hands," he said.