Exciting New Airline Routes for May 2018 and Beyond

Articles
Kaeli Conforti is a digital nomad and has been backpacking solo around Southeast Asia, Australia and New Zealand since January 2018. She loves inspiring others to travel the world and create their own adventures.
Follow
May 31, 2018
•
16 min read 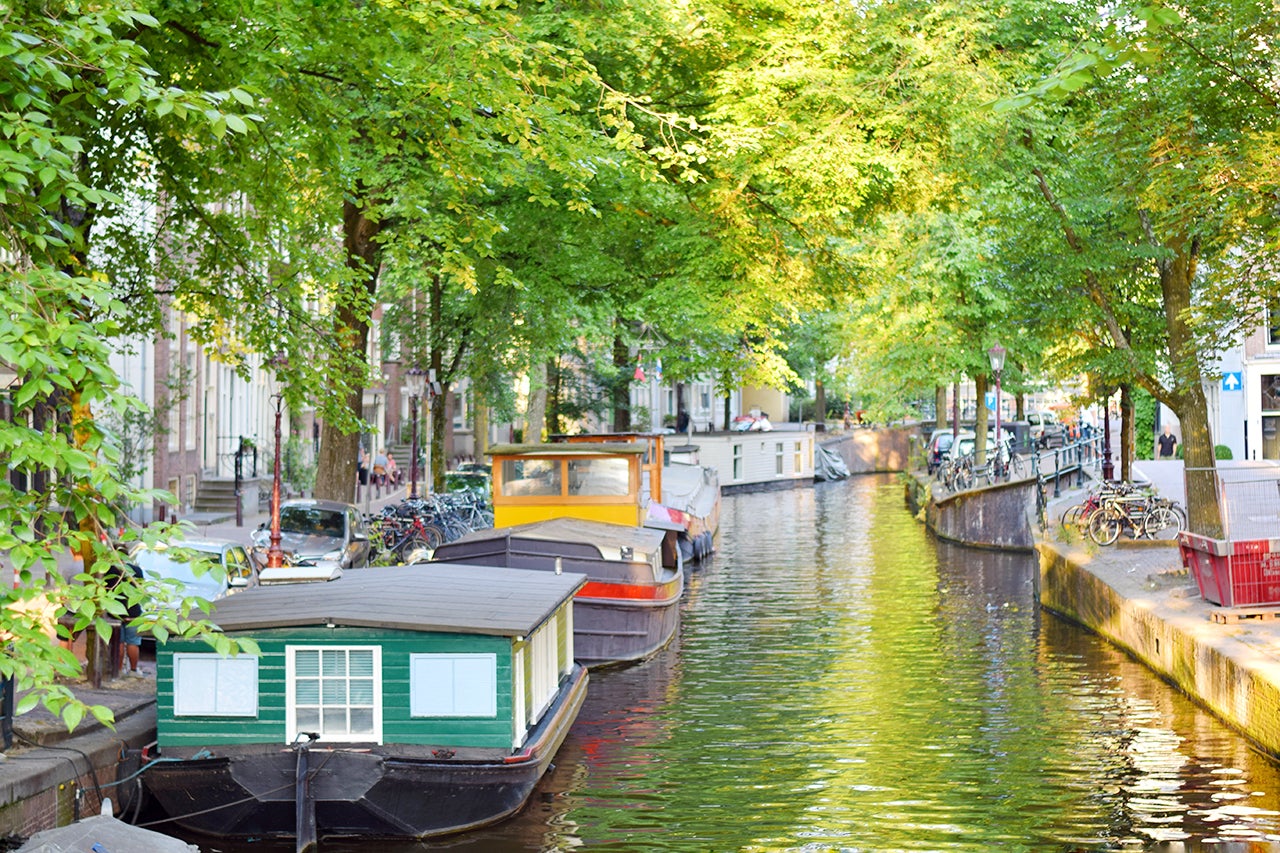 Exciting New Airline Routes for May 2018 and Beyond
This post contains references to products from one or more of our advertisers. We may receive compensation when you click on links to those products. Terms apply to the offers listed on this page. For an explanation of our Advertising Policy, visit this page.

NEW ROUTES LAUNCHED IN MAY 2018

Fly French Bee from San Francisco to Tahiti (launched May 11)

Details — This is great news for anyone on the West Coast who's interested in a French Polynesian vacation. Newcomer French Bee, known until recently as French Blue, is offering an eight-hour nonstop hop from San Francisco (SFO) to Papeete (PPT) in Tahiti aboard its Airbus A350-900 aircraft. According to a press release, the carrier will operate the route on Saturdays and Mondays during the low season before adding a third flight on Thursdays during the high season. It seems French Bee isn't the only airline with high hopes for Tahiti in 2018. United will be launching its own nonstop SFO-PPT route in October aboard its Dreamliner aircraft, while Air Tahiti Nui will be replacing its long-haul fleet with new 787-9s later this year.

Details — WOW Air and Icelandair recently added a series of new routes to Reykjavik a month ahead of American Airlines' seasonal flights to the land of ice and fire, which officially begin on June 7. As of May 24, you can fly low-cost carrier WOW Air from Dallas (DFW) to Reykjavik (KEF) three times per week on the airline's A330. This month, Icelandair launched its own new route from DFW four times per week, as well as flights from Baltimore (BWI) and Cleveland (CLE) four times per week and Kansas City (MCI) three times per week. Note that the DFW-KEF, BWI-KEF and MCI-KEF routes are serviced by Boeing 757-200s, while the CLE-KEF flight is operated by the carrier's new 737 MAX.

Baltimore to Reykjavik (4x per week as of May 28):

Cleveland to Reykjavik (4x per week as of May 16):

Details — If you've been looking for a good excuse to visit Paris or Amsterdam, this is it. Earlier this month, low-cost carrier Norwegian Air launched nonstop flights between Boston (BOS) and Paris (CDG) — which run four times per week on Sundays, Mondays, Wednesdays and Fridays — and New York (JFK) and Amsterdam (AMS), which operates four times per week on Mondays, Tuesdays, Thursdays and Saturdays. Note that there is a slight deviation in flight times on Mondays for the BOS-CDG route.

Boston to Paris (3x per week): Sundays, Wednesdays and Fridays...

...with a slight deviation on Mondays:

New York to Amsterdam (4x per week on Mondays, Tuesdays, Thursdays and Saturdays):

Fly United from San Francisco to Munich (launched May 24)

Details — With such a rich history, availability of great beer and giant pretzels and proximity to beautiful Bavarian castles, Munich (MUC) is a great place to visit all year round, not just during Oktoberfest (which, by the way, actually starts at the end of September). Thanks to a new daily flight on United that launched May 24 from San Francisco (SFO), it's even easier for those on the West Coast to get in on the action. Plus, you'll get to arrive in style on United's 787 Dreamliner.

Details — Not to be left behind in the race to Europe, American Airlines launched its seasonal service across the pond on May 4, including flights from Philadelphia (PHL) to Prague (PRG), PHL to Budapest (BUD) and Chicago (ORD) to Venice (VCE). The PHL-PRG and PHL-BUD routes are operated by AA's 767-300 aircraft, while the ORD-VCE route is serviced by its 787-8 Dreamliner. All three routes run daily now through October 27, 2018.

Aer Lingus Adds Flights Between Seattle and Dublin (launched May 18)

Details — It's now easier than ever to fly between the Emerald City and the Emerald Isle thanks to a new route launched this month by Aer Lingus. Make the trip from Seattle (SEA) to Dublin (DUB) aboard its A330 four times a week on Sundays, Mondays, Wednesdays and Fridays. Get ready to drink your way around the Irish capital — musical pub crawls can be a fun way to explore the city, too — or if you're coming the other way, see Seattle like a local.

NEW ROUTES ANNOUNCED IN MAY 2018

American Airlines Announces New Service to Hawaii and the Caribbean

Details — American Airlines recently announced its plans for new seasonal service from Chicago (ORD) to Honolulu (HNL) starting December 19, on the carrier's 787-8. Additionally, the airline will launch several seasonal and year-round routes beginning December 22 — check below for more details. Note that the DFW-AUA, ORD-AUA, ORD-GCM, ORD-NAS and ORD-PLS routes will be serviced by the carrier’s Boeing 737-800 aircraft, while MIA-SVD will use an Airbus A319, CLT-MHH will use an Embraer E175, CLT-ELH will use a Bombardier CRJ-700 and ORD-HNL will use a Boeing 787-8.

Virgin Atlantic to Fly From Las Vegas to London Heathrow

Details — As of March 31, 2019, Virgin Atlantic will move its Las Vegas service from London's Gatwick Airport (LGW) to Heathrow (LHR), and will operate the new flight with its Boeing 787-9 Dreamliner. The carrier will also be launching a second daily flight between Boston (BOS) and LHR aboard its A330-300, as well as seasonal nonstop flights twice a week between LHR and Barbados (BGI) starting December 11, 2018.

Details — Consider it two dream trips in one. Low-cost flights to India from the US (via Iceland) will officially be a thing when WOW Air launches its new route between Reykjavik (KEF) and New Delhi (DEL) on December 6. The new flight will start out operating three times weekly before increasing to five times per week on January 7, 2019, and will be serviced by the carrier's A330-900neo aircraft.

Schedule (3x per week on Tuesdays, Wednesdays and Thursdays)

Details — Whether you've always wanted to visit Colombia's capital city or you've fallen in love with its buildings and atmosphere after binge watching Narcos on Netflix, we've got your excuse to start planning a visit right here. Starting November 17, Avianca will be offering nonstop flights to Bogotá (BOG) from Chicago (ORD) four times per week on Mondays, Wednesdays, Fridays and Saturdays on its A319. While you're there, consider using Bogotá as your base to explore other popular Colombian cities like Medellín or Cartagena.

Details — ¡Viva Cuba! There's nothing like strolling the colorful, historic streets of Havana's Old Town, and if you're hoping to do it this summer, United's got you covered. Starting July 20, the carrier will operate daily flights from Houston (IAH) to Havana (HAV) using a mix of 737-800s and E175s from Mesa Airlines/United Express. Get your paperwork together — the trip is definitely worth battling all the bureaucratic red tape — and plan on having one of the most memorable trips of your life.