Emirates' New 777 First Class Begins Flying to the US

Articles
Ethan Steinberg has been a frequent flier for as long as he can remember. He went from studying abroad in Paris to moving to Shanghai after graduating college, where he covered all things travel in the Asia-Pacific region for TPG.
May 20, 2019
•
4 min read 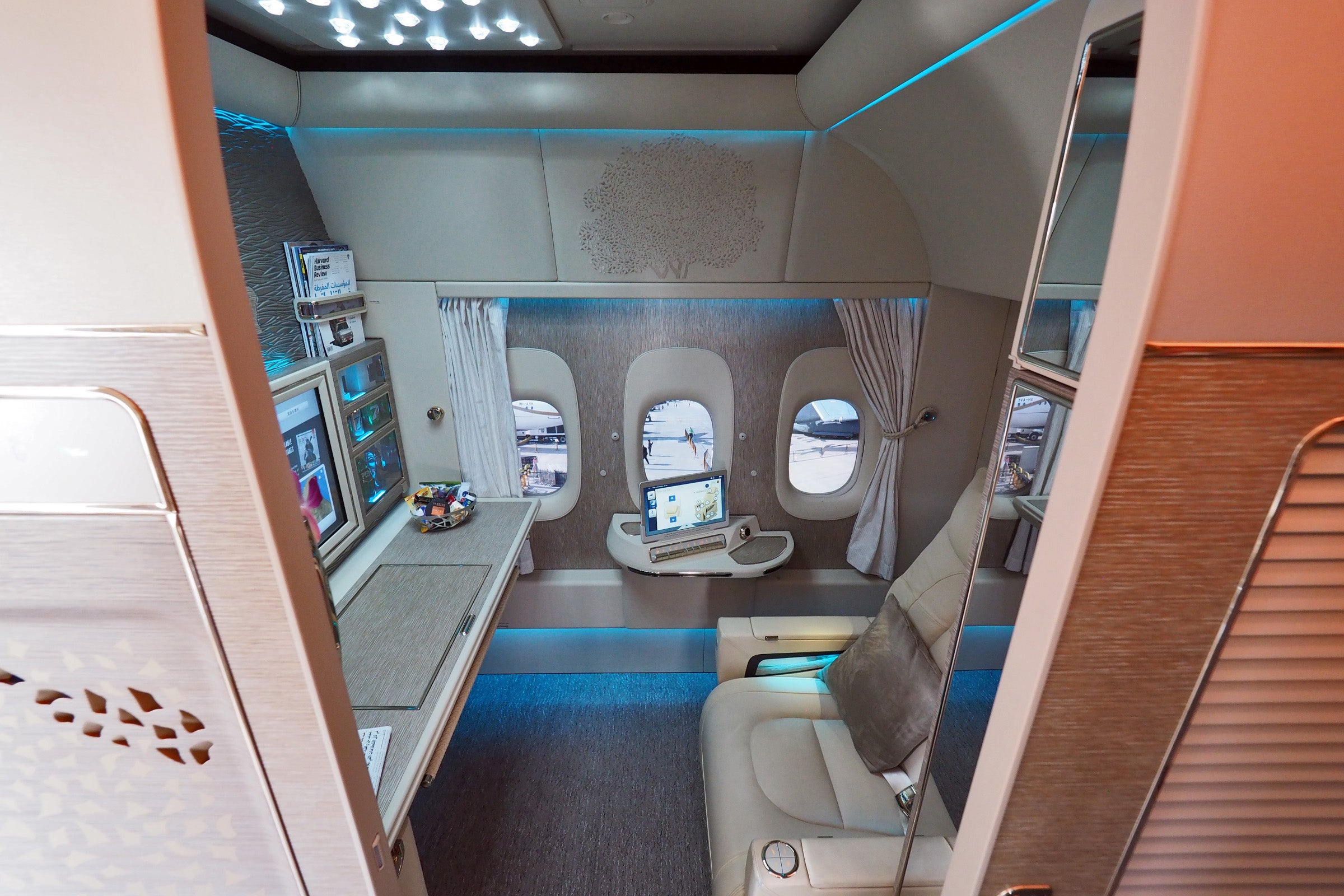 Emirates' new 777 first class suite has been turning heads since it was introduced in late 2017. While the Gulf carrier has always had a reputation as an innovator thanks to the gold-studded suites and onboard showers on its flagship A380 aircraft, this new product has won rave reviews.

The cabin, designed with help from Mercedes-Benz, features floor to ceiling doors and complete control over the temperature, lighting and even suite color.

For some "stuck" in a middle seat, Emirates even installed virtual windows, which offer a crisp picture of the scenery outside.

Unfortunately, Emirates only has 9 777-300ERs in its fleet with the new suites, and it will be a long time before all of Emirates' 130-plus 777-300ERs feature this updated cabin. In the meantime, Emirates has primarily been using these planes to fly shorter routes between Dubai (DXB) and Europe. You can check out a list of the current routes here.

Emirates Begins Flying New 777 Seats to the US

One Mile At A Time is reporting that Emirates has begun unofficially flying its new 777 first class to the US on a number of routes. In the last week, planes sporting the new seats have been spotted flying to Dallas/Fort Worth (DFW), Seattle (SEA) and Houston (IAH).

These changes do not appear to be permanent, as all of these routes still feature the old 777 first class configuration more often than not (or in the case of Houston, the route reverts to A380 service later this week). Before booking this flight, you'll want to double check that ExpertFlyer is showing the correct six-seat configuration to make sure you're booking the new suites.

At the time of writing, the following US routes are showing Emirates' new 777 first class for service this week:

Emirates has generally been stingy with award space for these new cabins, which makes sense as there are only six first class seats as opposed to eight on the older 777 configuration, or 14 on the A380. However, Emirates has been releasing close-in award space within 24-48 hours of departure. If you hurry, it's even possible to book a seat on Monday's flight from Dallas/Fort Worth to Dubai featuring the new suites.

While you're waiting for award space to open up and for more routes to feature these new suites, here are a few TPG reviews of Emirates first class to help pique your excitement:

Pursuing Perfection: Emirates First Class on the A380 From New York to Dubai