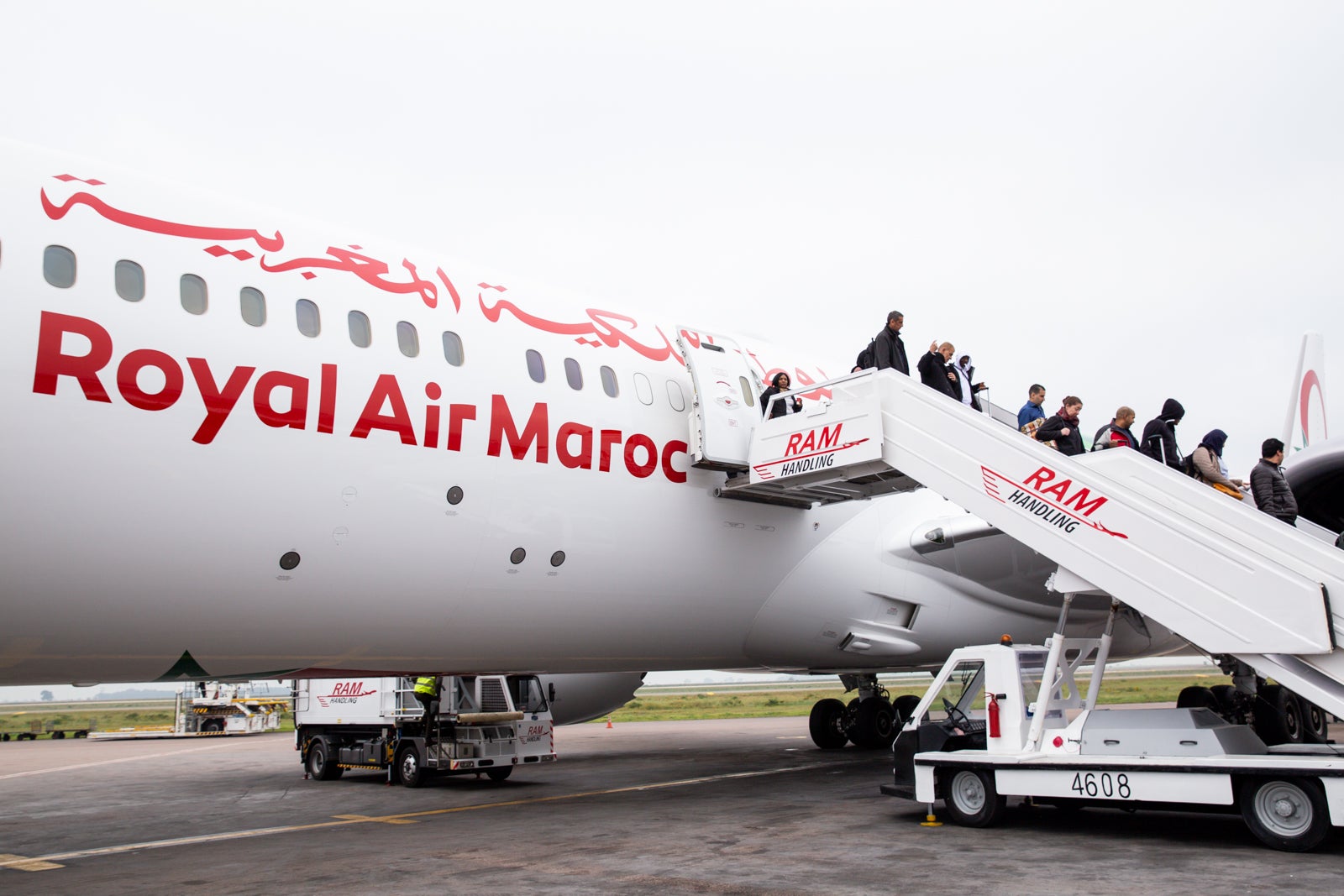 You can now earn and redeem AAdvantage miles on Royal Air Maroc flights
This post contains references to products from one or more of our advertisers. We may receive compensation when you click on links to those products. Terms apply to the offers listed on this page. For an explanation of our Advertising Policy, visit this page.

While airline alliances tend to be rather set in stone, Oneworld has seen a number of shakeups (both good and bad) over the last six months. The best news comes in the form of the two new airlines joining the ranks of Oneworld, with Royal Air Maroc becoming a member back in April and Alaska Airlines set to join the alliance in the coming months as well. This means that American travelers can now earn AAdvantage miles when flying on Royal Air Maroc flights as well as Royal Air Maroc codeshare flights operated by Oneworld carriers and affiliates.

Additionally, American told TPG that members will be able to use miles to book award travel on Royal Air Maroc's entire route network, providing a great new opportunity to redeem AAdvantage miles. Since that initial announcement was made, American has made the decision to recategorize Morocco as part of the Europe region of its award chart, further reducing award rates for flights from the U.S. to Morocco and allowing you to use Casablanca (CMN) as a connection point for the rest of Europe. Finally, travel on Royal Air Maroc and its eligible affiliate airlines will count toward AAdvantage elite status qualification, and existing American elite travelers will now receive additional Oneworld benefits when traveling on Royal Air Maroc.

Note that if a purchased fare booking code is not listed in the tables, you won't earn elite-qualifying miles, dollars or segments, nor will you earn award miles.

This follows the timeline we reported in January, where Royal Air Maroc would become the first African airline to join Oneworld on April 1. Its inclusion in the group was first announced in December 2018.

Award flights on Royal Air Maroc will utilize American's standard partner award chart, and since the AAdvantage program now classifies Morocco as part of Europe, you'd need the following number of miles to get from the U.S. to Morocco:

Related: To Morocco, in style: A review of Royal Air Maroc’s 787-9 in business from NYC to Casablanca

Royal Air Maroc typically operates nonstop flights from its Casablanca hub to Boston (BOS), New York-JFK, Washington Dulles (IAD) and Miami (MIA) — though these frequencies have been suspended in light of the coronavirus outbreak. So far, we aren't seeing any award space pop up on American's site, but we are seeing codeshares on Google Flights. Round-trip cash flights out of New York are exorbitant, though, so we'll be grateful when we see award space.

This recent award chart change represents a ~25% discount relative to the cost of awards between the U.S. and Africa (where most people would place Morocco), but it also opens up the possibility of connecting on Royal Air Maroc to other destinations in Europe at no extra charge. This option might be especially appealing to Oneworld flyers who are frustrated with the exorbitant fuel surcharges incurred when flying British Airways across the Atlantic.

Of course, American isn't the only way to book Royal Air Maroc tickets. While we wouldn't necessarily recommend booking Etihad tickets through the Etihad Guest loyalty program, you can get a steal on other carriers. Royal Air Maroc is a great option, as you can take advantage of the airline's distance-based partner-award chart.

You can book a business-class seat from the U.S. to Morocco for just 44,000 miles one-way, or 22,000 one-way in economy. If you decide to fly beyond Morocco, keep in mind that Etihad Guest changed its pricing to segment-by-segment for Royal Air Maroc in late 2019, so you'll pay extra miles for these flights.

If you're in need of Etihad miles, you can transfer Amex Membership Rewards points or Citi ThankYou points (at a 1:1 transfer ratio) and Capital One miles (a 2:1.5 transfer ratio) to Etihad. Note that you'll pay a fair bit in taxes, so make sure you book with a good credit card to rack up points.

We're not seeing awards pop up on British Airways Avios yet, but New York-JFK to Casablanca is 3,609 miles in distance, meaning one-way business awards will set you back 62,000 Avios. You can transfer Chase Ultimate Rewards points and American Express Membership Rewards transfer at a 1:1 ratio. The latter program frequently offers transfer bonuses as high as 40%. Marriott Bonvoy points transfer at a 3:1 ratio, though you’ll also get a 5,000-Avios bonus for every 60,000 Marriott points you transfer.

Now is not the time to be traveling unnecessarily given the ongoing coronavirus outbreak, so this announcement shouldn't drive anyone to book unnecessary travel to utilize the new partnership. However, if you are planning a trip to Morocco (or beyond) in the future, there are a number of ways to earn American miles without flying — including online shopping portals for your online purchases. The AAdvantage eShopping site, for example, allows you to earn bonus AAdvantage miles for purchases at hundreds of retailers.

You could also consider adding a new credit card to your wallet to boost your account balance as you consider future travel plans. For example, the Citi® / AAdvantage® Platinum Select® World Elite Mastercard® is currently offering a welcome bonus of 50,000 miles after you spend $2,500 on purchases within the first three months of account opening. You can also earn 2x miles at restaurants and at gas stations, though you wouldn't be able to leverage some of the travel-specific perks on the card at the moment — like a free checked bag and priority boarding. Nevertheless, this could be a great option for American flyers looking forward to booking their next trip.

Another option for small-business owners is the CitiBusiness® / AAdvantage® Platinum Select® Mastercard®, which is currently offering 65,000 American Airlines miles after you spend $4,000 on purchases in the first four months of account opening. That's more than enough for a round-trip coach flight to Morocco.

It's always great to have new earning and redemption options in a program, so it's nice to see American and Royal Air Maroc move forward with this partnership — despite the continued uncertainty with the coronavirus. While many travelers won't be able to benefit from this announcement immediately, it'll be nice to utilize when the travel industry begins returning to normal.

Related stories
Bask Bank raises the mileage earning rate on its AAdvantage savings account — what you need to know
Targeted Premier 1K members eligible for bonus miles when checking in and checking a bag on the United app
Current airline elite status match and challenge options you should know about
Business-class deals are back: This month’s Flying Blue promo awards
Featured image by A (Photo by Brendan Dorsey/The Points Guy)
Editorial disclaimer: Opinions expressed here are the author’s alone, not those of any bank, credit card issuer, airline or hotel chain, and have not been reviewed, approved or otherwise endorsed by any of these entities.