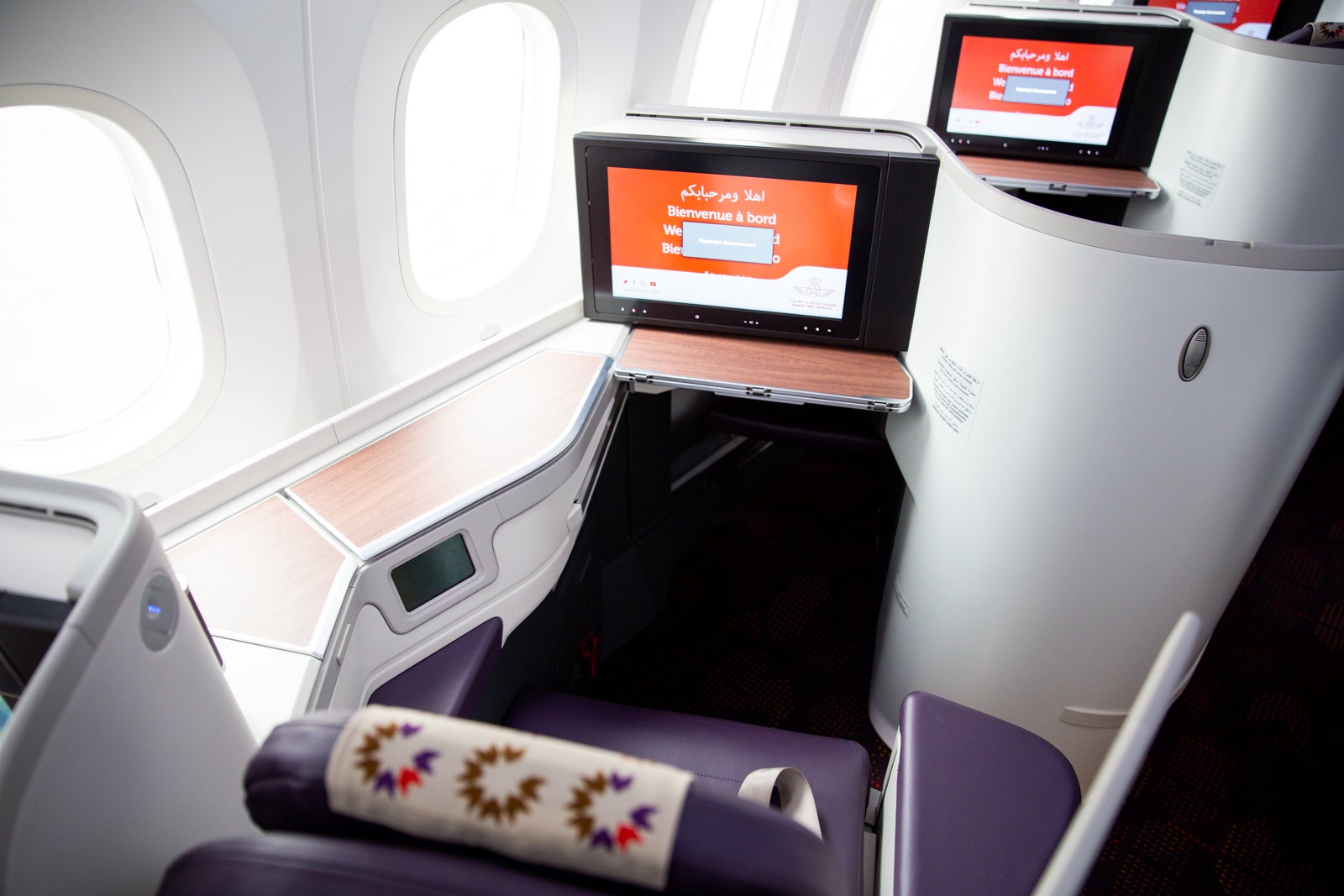 Confirmed: Etihad devalues Royal Air Maroc awards but adds stopovers
This post contains references to products from one or more of our advertisers. We may receive compensation when you click on links to those products. Terms apply to the offers listed on this page. For an explanation of our Advertising Policy, visit this page.

The Etihad Guest program may not immediately pop to mind when you think about valuable award charts, but it does offer quite a bit of value. From booking American Airlines flights at pre-devaluation levels to the obscure yet insanely-valuable option of flying from Prague to Seoul in Czech Airlines business class for just 25,610 miles each way, there are some notable sweet spots in the program.

Unfortunately, one of these is now less lucrative. As first reported by Miles to Memories and confirmed via a phone call to Etihad Guest, the program is now switching to a per-segment pricing scheme on Royal Air Maroc flights, though it is adding the ability to stopover in Casablanca en route to your final destination.

In the past, any one-way award on Royal Air Maroc booked with Etihad Guest miles would price based on the total distance traveled using the following award chart:

Any of the carrier's flights from the U.S. — it flies from New York-JFK, Boston (BOS), Washington-Dulles (IAD) and Miami (MIA) to Casablanca (CMN) — all exceed 2,000 miles in length, so you could book any of these routes for just 22,000 miles in economy or 44,000 miles in business class. However, the real value came in adding a connecting flight. Because you were already booked on a flight in the highest-priced distance band (2,001+ miles), you wouldn't need to redeem any additional Etihad Guest miles. This was a fantastic way to enjoy business class on the carrier's 787 Dreamliner to Casablanca — and potentially beyond.

That's no longer the case, as the terms and conditions on the Royal Air Maroc website have now been updated. Note the last bullet in particular:

Though I don't have screen shots to prove it, this last bullet was not there first thing this morning when I started investigating these reports.

To verify this, I called to price out a few different itineraries from New York-JFK:

Under the current, published award chart on Etihad Guest's website, each of these should price at 22,000 miles in economy and 44,000 miles in business class. However, I was quoted the following:

When you look at the distance-based chart above, it's clear that Etihad is now using segment-by-segment pricing. In each of the examples above, JFK-CMN requires 22,000 miles in economy or 44,000 miles in business class. Adding either the Paris or Doha flight in the past would've had the same redemption amount. Now, Etihad Guest is using additive pricing:

The agent I spoke to confidently told me that this was a recent change, and you'll now need to pay the per segment price on Royal Air Maroc award flights booked through Etihad Guest.

Based on Royal Air Maroc's route map, here's what you'll now need to pay for one-way flights from the U.S. through Casablanca:

While this is clearly a devaluation, there is a silver lining, as Etihad has now added the option to stopover in Casablanca. In the past, you were forced to connect straight through, but now you can fly from the U.S. to Morocco, spend some time exploring Casablanca, then continue to your final destination. While this doesn't make up for the new pricing, flying from the U.S. to Europe in business class with a stopover in Morocco for as little as 56,000 miles is still a solid deal.

Using Etihad Guest miles to book Royal Air Maroc flights is no longer nearly as lucrative as it was in the past, as the program has now started pricing award tickets based on individual segment rather than the overall distance of your trip. Adding a stopover in Casablanca is a decent option, but be prepared to redeem additional miles if your destination is another city in Morocco or beyond.

We've reached out to Etihad for clarification on when this policy took effect and will update if we get a response.