Another Disneyland ride is testing out virtual queues — will this be the new norm? 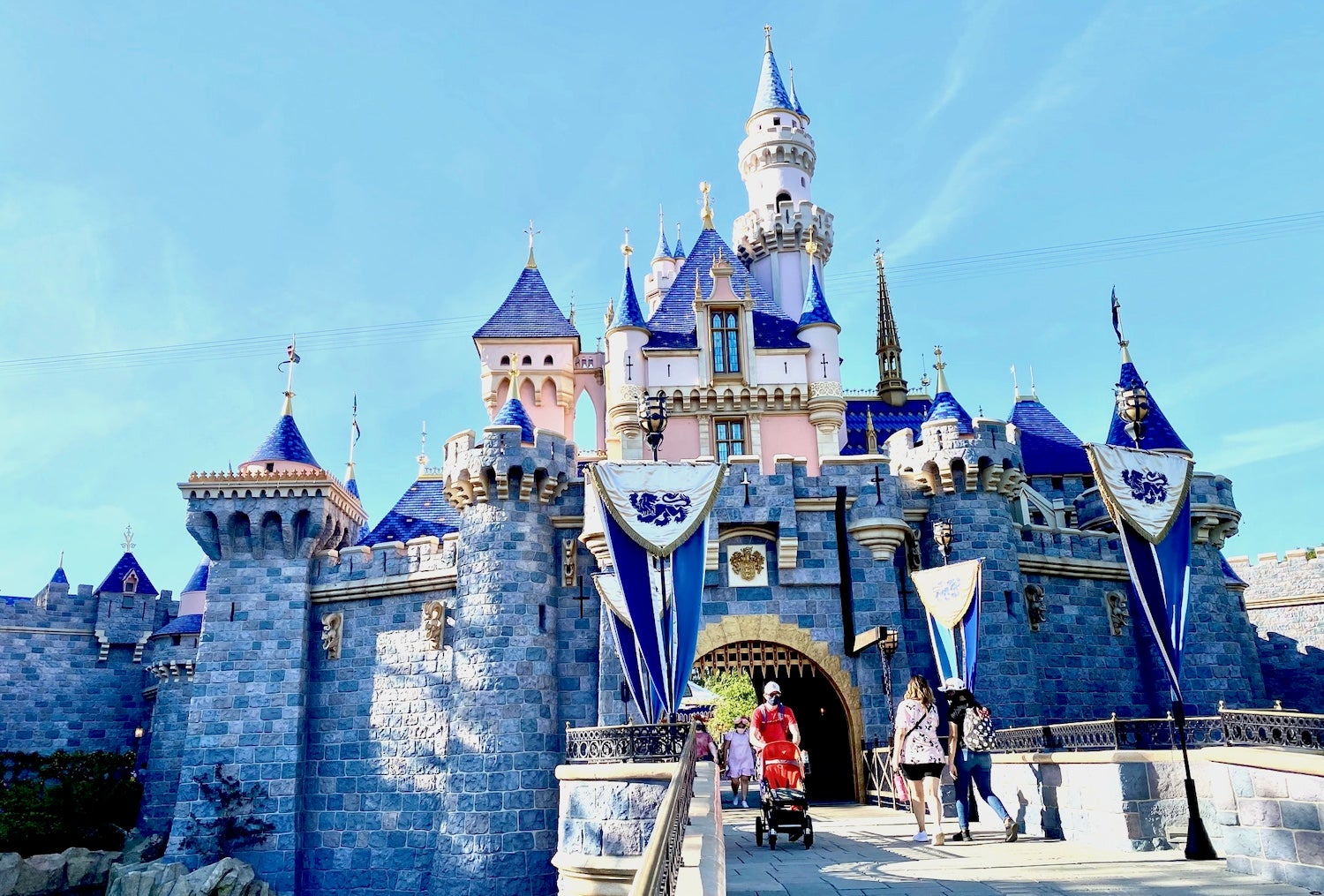 The pandemic has undoubtedly changed how we visit theme parks — including at the happiest and most magical places on Earth, Disneyland and Disney World.

Some of the new, COVID-19-era changes are here to stay (hello, park pass reservations), and some modifications to pre-COVID amenities are permanent (goodbye, Magical Express and free MagicBands). At the U.S. Disney parks, the company first utilized virtual queues with the opening of the groundbreaking Star Wars: Rise of Resistance attraction in the months before the pandemic.

There was speculation that when the Disney parks reopened mid-pandemic there would be a greater reliance on virtual queues in the name of social distancing. In reality, no additional virtual queues have been implemented at Walt Disney World in Florida since it reopened in July 2020.

However, out west at Disneyland, the story may be evolving differently. Disneyland recently reopened at the end of April 2021, but already within a number of days, that park is already experimenting with additional virtual queues. Specifically, the Indiana Jones Adventure attraction is now being tested with a virtual queue.

With more people visiting the park, the stand-by line for the ride was making it hard to social distance — especially since Adventureland isn't exactly built for easy spacing with its narrow walkways. Indiana Jones Adventure is a popular ride with typically long wait times, so it makes sense that Disneyland would look at testing ways to limit crowds, especially as it works toward reopening the neighboring Jungle Cruise attraction that will reduce available space for traditional queueing.

What is the virtual queue?

When you think of waiting for your favorite theme park rides, you may think of long, winding lines outside of the attraction entrance. As you plan out your day in a park, you may schedule your entire itinerary around a 10-minute ride that requires a multi-hour wait.

Before the pandemic, Disney's FastPass+ and Disneyland's paid MaxPass option were ways you could plan ahead and potentially avoid this scenario by reserving your spot at a select list of attractions. However, neither of these options have returned at either of the U.S. Disney parks, leaving virtual queueing as the only non-traditional line option.

Instead of physically waiting in line at an attraction, you can log into the My Disney Experience app (for Disney World) or the Disneyland mobile app to enter the virtual queue (if the attraction is open). You're assigned a boarding group and given an approximate wait time. You can then join the physical line when your group is boarding.

This limits the physical line at an attraction, but it also means you can check out other rides, grab a bite to eat or just explore the park while you wait rather than being confined to a specific spot.

As mentioned above, there are only two rides currently using the virtual queue system: Rise of the Resistance and now Indiana Jones Adventure. But with more people booking trips to Disneyland and Disney World as they get vaccinated and as travel restrictions ease, we could see more rides, especially at Disneyland, adopting this new way of boarding.

Brooke McDonald, who has written extensively about the virtual queues at Disneyland and Disney World, says she's had great luck using the virtual queue for Star Wars: Rise of the Resistance but advises that guests can't mess around when it comes to logging on to reserve a spot. "Groups are gone within seconds," she warns. "A slow connection or split second spent reading the screens can mean missing out on a boarding group. With demand exceeding daily ride capacity, even with the parks continuing to operate at reduced capacity, there’s no guarantee that you’ll get a boarding group on any given day."

Will the virtual queue for Indiana Jones be the same as Star Wars?

The virtual queue for Indiana Jones Adventure is functionally a similar setup to Rise of the Resistance virtual queue, but there are some key differences.

Currently, Disneyland is using a hybrid queueing system for Indiana Jones. With Rise of the Resistance, boarding passes are distributed at set times of the day (7 a.m. and 1 p.m. at Disney World and 7 a.m. and 12 p.m. at Disneyland) while Indiana Jones virtual queue spots are not distributed at set times of the day and may or may not be used at any particular point in the day.

Since the Disneyland park reopened, Indiana Jones Adventure has used the Jungle Cruise queue next door while that attraction is closed for renovations. If you are visiting Adventureland during this testing phase, you'll have to check to see which type of queue is being used on the day and time you want to try the ride.

Will virtual queues be added to more rides?

There has been no official announcement from Disney that virtual queues will be added to more rides in the near future. But that doesn't mean we won't see this new boarding process roll out to other popular attractions over time. We imagine this is another change that will stick around long after the pandemic ends and parks are back to full capacity.

In terms of scaling the virtual queue feature, McDonald says, "I’d imagine the biggest factor to consider with respect to widespread virtual queueing would be guest distribution throughout the park. Minimal time spent in standby queues means guests need somewhere else to be, whether that be on other attractions, in shows, or in dining or merchandise locations."

Keep in mind that Disney's FastPass+ and MaxPass are currently suspended until further notice. With lowered capacity limits at the parks, Disney is currently using the additional queue space to help promote social distancing for lines. But it's likely the program will be reinstated eventually. The question is, what changes will be made to FastPass+ when it comes back?

It's possible that the next iteration could involve FastPass+ utilizing virtual queues moving forward. However, there's actually no guarantee that FastPass+ and MaxPass as we knew them will return at all. Disney could instead look to an expansion of free virtual queues and/or explore an all-new paid system to skip waiting in a traditional line.

"The MaxPass system 'levels the playing field,' so to speak, on any given day," says McDonald. "As capacity increases, so will demand for an alternative to standby queues. I personally enjoy the spontaneity provided by a same-day virtual queuing or FastPass function like Disneyland’s MaxPass, as opposed to having to plan out your vacation to the minute 60 days in advance."

Virtual queues could play a growing role for the Disney parks as we move toward post-pandemic operations that will include ramped-up capacity with more guests in the parks. It's a big moment to see Disneyland expanding the use of a virtual queue to a second attraction, but there are plenty of additional potential use cases at both U.S. Disney parks that could benefit from a virtual queue.

If Disney does expand virtual queue usage, some issues that will come into play may be potential limits on how many queues you can join at once, when you are able to join the virtual line and how this system could interact with something similar to the old FastPass+ system that gave Disney resort guests an edge and allowed for more advance planning.

Related stories
What are points and miles worth? TPG’s December 2022 monthly valuations
Capital One Venture X to lose Priority Pass restaurants and spa services as of Jan. 1, 2023
December 2022
Current Hyatt promotions: Bonus points on stays and dining plus double stay credits
Featured image by Disneyland Cinderella's Castle on reopening day (Photo by Ariana Arghandewal / The Points Guy)
Editorial disclaimer: Opinions expressed here are the author’s alone, not those of any bank, credit card issuer, airline or hotel chain, and have not been reviewed, approved or otherwise endorsed by any of these entities.