Articles
Summer Hull , aka Mommy Points, ran the Mommy Points site for families who want to travel more for less using miles and points for seven years. She now heads up a variety of special projects at TPG when she isn't exploring the world with her own two girls.
Follow
Jan. 11, 2021
•
5 min read 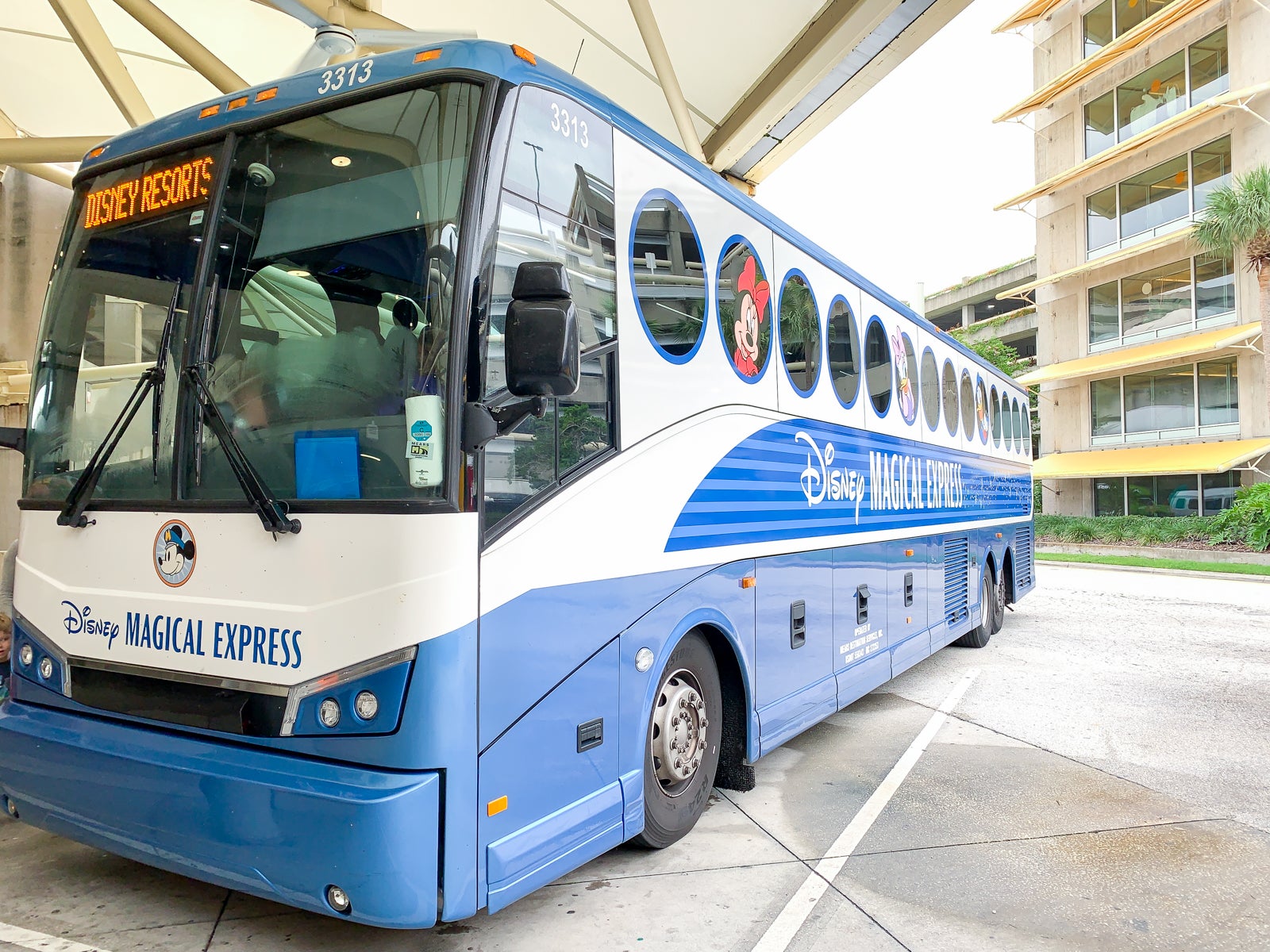 It's hard to beat the uninterrupted magic when you stay at a Disney-owned resort hotel.

And there are also serious, tangible perks: Complimentary Magical Express bus transportation to and from the Orlando International Airport (MCO) and the ability to leverage Extra Magic Hours to enter the parks before (or stay later than) non-resort guests.

But both those perks, we've learned, are ending -- though it's not all bad news.

It's the end of the line for the Magical Express bus

As it works today, the Magical Express bus takes you -- and your luggage -- from the Orlando airport to a true Disney resort hotel (not nearby partner hotels) to start your trip without hassle. Then, at the end of your stay, you're assigned a time to board the bus at your Disney hotel and are brought back to reality with a final complimentary ride from Disney.

If you didn't plan to leave Disney property, this made renting a car an unnecessary effort and expense. It also meant you didn't need to shell out a minimum of $30 to $40 per direction for an Uber X from the airport to Disney property. An Uber Black car or SUV could cost closer to $100 each way.

"Vacationers have more options to choose from than ever for transportation, including ride-share services that save time and offer more flexibility to go where they want, when they want," said the official Disney Parks blog.

Related: These are the best credit cards for Uber and Lyft

The Magical Express bus wasn't always perfect, of course, and sometimes took more time than the savings were worth.

You sometimes had to wait for the bus to arrive, and you could draw the short straw if your resort was the final drop-off stop. And for your return to the airport, you couldn't control the pick-up slot, which often left you with excess time to burn at the airport. But the price was impossible to beat.

Travelers who will be the most negatively affected by this change are likely those who require car seats or who have more complicated logistics with wheelchairs or other accessibility needs that were relatively streamlined with Disney-provided transportation. (Pro tip: While availability is never 100% guaranteed, do remember that there are Ubers with car seats available in the Orlando area.)

Also, remember that the Brightline train extension from the Orlando airport's South Terminal to Disney Springs is expected to come online in the coming years, providing an additional transportation method for travelers heading to the Most Magical Place on Earth once that construction is complete.

Before the pandemic changed much of how Disney World operates, Disney resort guests enjoyed Extra Magic Hours at rotating parks every day. You could potentially get in early or stay later than non-resort guests at the designated park of the day. This perk hasn't actually returned since Disney World reopened in July of 2020, and we now know that it's not coming back.

Instead, we learned that later this year, Disney resort guests (and guests of other select properties) will get a 30-minute head start for all four Disney World theme parks every day.

I'd argue this is actually better than traditional Extra Magic Hours, as that benefit had the unintended consequence of causing the park of the day to become more crowded — a disadvantage even for guests leveraging Extra Magic Hours.

Additionally, the introduction of Park Pass reservations, where you have to identify the first park you'll visit each day in advance, will be better aligned with this new structure.

“As consumer needs and preferences change, we will no longer offer Disney’s Magical Express service starting with arrivals in 2022," a Walt Disney World Resort spokesperson told TPG on the phone. "At the same time, we’re also introducing new ways for guests to enjoy their visits, including early theme park entry for Disney resort hotel guests.”

As it stands right now, the loss of the Magical Express beginning in 2022 is probably more significant than the end of Extra Magic Hours, as those have effectively been gone since last March anyway.

Without the complimentary bus rides, Disney resort hotel guests may need to budget at least $100 more, on average, to the total cost of a Disney World trip for families who historically used the service.

The elimination of the Magical Express bus, plus the already terminated Disney Magic Bands perk for Disney resort guests, may tip the scales for people when deciding whether to stay on- or off-site during a trip to Disney World.