Articles
Ashley Kosciolek has spent more than a decade writing about travel, with particular emphasis on cruises. Her favorite cities include London; Amsterdam; Krakow, Poland; Phnom Penh, Cambodia; Dawson City, Yukon; and anywhere known for outstanding pizza and theater. You can follow her daily exploits, both at sea and on land, on Instagram or Twitter @slyjabroni.
Follow
July 23, 2021
•
4 min read 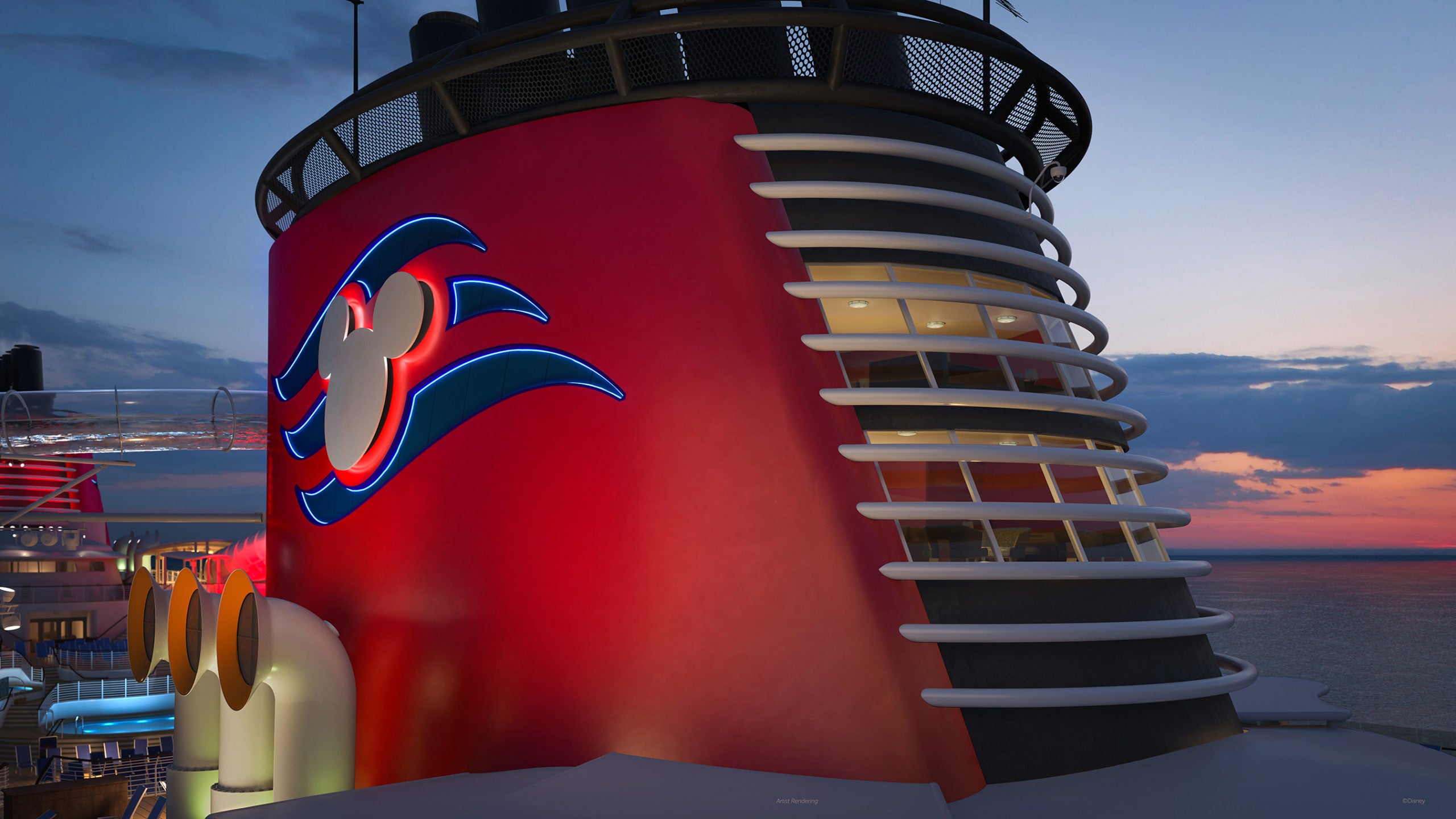 Disney Cruise Line will resume voyages from the United States on Aug. 9, after more than a year and a half without paying passengers. The line will offer three- and four-night sailings on Disney Dream from Florida's Port Canaveral to its private island, Castaway Cay.

A slew of new protocols has been released, and some adjustments have been made to the Disney experience you've come to expect. Here's what you'll encounter (and what you won't), as well as how the new rules onboard differ from those at the parks.

What to expect if you sail

In addition to a larger number of hand sanitizing stations, enhanced cleaning procedures, a larger onboard medical staff, physical distancing and reduced capacity (both overall and in various onboard venues), all passengers older than 2 must also wear masks in indoor areas, unless eating or drinking, regardless of vaccination status.

Any cruiser who does not voluntarily submit proof of vaccination at embarkation will be required to provide a negative PCR test result no more than five days old, submit to rapid PCR testing at the terminal on embarkation day and carry travel insurance that will cover them in the event that they need medical attention due to COVID-19. All of this will be at their own expense.

The experience will also largely rely on the Disney Cruise Line mobile app, which can be used to limit social interactions by providing pre-cruise check-in, virtual queues, muster drill information and even guest services assistance.

But, perhaps the most notable alteration avid Disney cruisers will notice is the absence of characters meet-and-greets, which are normally a staple onboard. Notable personalities like Mickey and Minnie will still be on the ship, but passengers won't be able to interact closely with them for the time being.

Additionally, buffets will now be served by crew members; deck parties and fish extender gift exchanges have been suspended; the onboard nursery is temporarily unavailable; certain kids club activities require reservations; and there will be multiple theater performances and two fireworks shows (reservations required) to better accommodate physical distancing.

If you're planning to visit Disney World prior to sailing with Disney Cruise Line, you'll notice the current theme park policies differ significantly from what you'll find on your voyage.

Currently, Disney's theme parks are not requiring masks for vaccinated visitors -- even in indoor spaces. The mandates were rolled back in June for anyone who's inoculated. But, because proof of vaccination is not required, travelers are left to self-enforce mask-wearing on the honor system. It's a system that has seen most adults and children (including those younger than 12) going maskless.

Additionally, no testing requirements are in place for parkgoers, nor is there a reliable form of contact tracing in place.

Previously, parks had strict mask mandates and physical distancing rules, along with greatly reduced capacity, which was enforced through a reservation system. Capacity has since increased, further highlighting the fact that cruise lines are continuously held to higher standards than other branches of the tourism sector.

As on the ships, parks are not currently allowing close interaction between guests and popular Disney characters.

Disney Cruise Line says it hopes to share more information soon about restarts for its other vessels. Right now, Disney Fantasy departures through Aug. 28, 2021, and Disney Wonder departures through Sept. 19, 2021, have been suspended.

Disney Magic departures in the U.S. through Nov. 4, 2021, have also been canceled. The ship is currently doing a series of short two-, three- and four-day summer cruises from various ports in the United Kingdom at limited capacity, requiring that all adults be fully vaccinated. All passengers must also submit to pre-cruise testing.

Disney recently announced dining details for its newest vessel, Disney Wish, which is slated to debut in June of 2022.

Featured image by An exterior view of the Wish Tower Suite planned for Disney Cruise Line's Disney Wish. (Artist's drawing courtesy of Disney Cruise Line)
Editorial disclaimer: Opinions expressed here are the author’s alone, not those of any bank, credit card issuer, airline or hotel chain, and have not been reviewed, approved or otherwise endorsed by any of these entities.