Articles
Ashley Kosciolek has spent more than a decade writing about travel, with particular emphasis on cruises. Her favorite cities include London; Amsterdam; Krakow, Poland; Phnom Penh, Cambodia; Dawson City, Yukon; and anywhere known for outstanding pizza and theater. You can follow her daily exploits, both at sea and on land, on Instagram or Twitter @slyjabroni.
Follow
June 28, 2021
•
9 min read 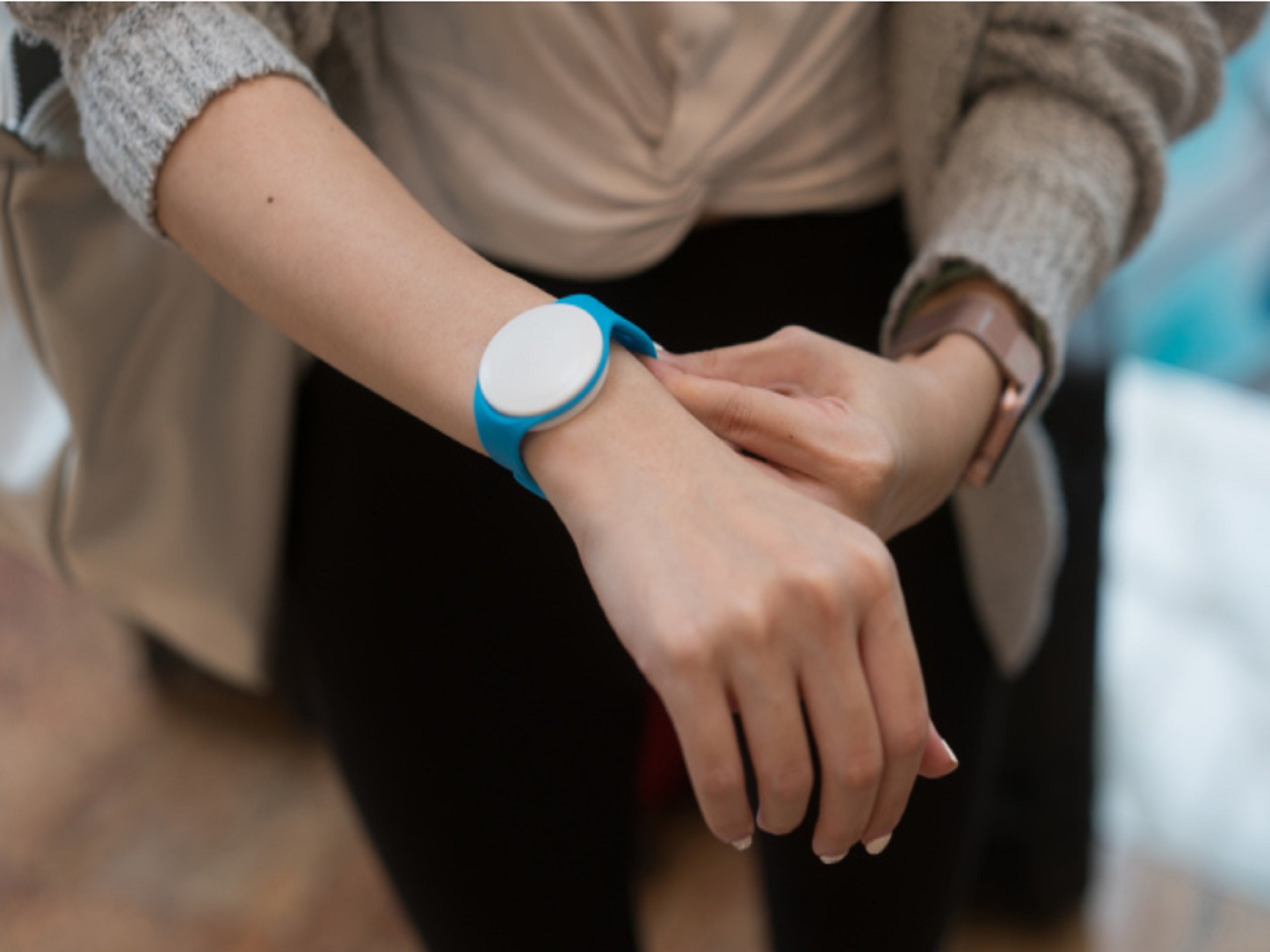 It's a big week for the cruise industry, with the first ship setting sail from a U.S. port in nearly 17 months. Amid controversy surrounding vaccinations, other parts of the cruise industry's multifaceted approach to containing COVID-19 seem to have been lost in the shuffle.

I've just returned from my second cruise since the industry-wide shutdown in March 2020 -- the first sailing out of North America on Celebrity Millennium and the first out of Greece on Celebrity Apex.

The Millennium voyage saw me quarantined in my cabin for 13 hours after I was potentially exposed to two passengers who tested positive during a routine end-of-cruise screening. But how, I wondered, did anyone know I had been around those people when I didn't even know it myself?

In my case, the answer was simple: I booked the same shore excursion they did. So did hundreds of others, but it turns out we were divided into the same group and rode the same bus during the tour. So obviously, the cruise lines are keeping close tabs on the excursion bubbles created by ship-sponsored outings, which is great.

But there's more. Celebrity officials told me that they also isolated passengers who had been exposed to the pair while on board. Again, how did they know whom to quarantine and test?

Celebrity and sister brand Royal Caribbean International have invested in security camera enhancements that allow existing surveillance infrastructure to detect the places passengers have been -- and who they've been close to -- using facial recognition.

Remember when you took a photo for the cruise line, either at the terminal's check-in desk or via the app pre-cruise? On cruises of yore, that was used to help crew verify your identity at the gangway and, more recently, to match you to any photos taken of you by the ship's photographer.

Now, that same technology is also being used for contact tracing.

"We've had an onboard CCTV system across the fleet for years," Susan Lomax, Celebrity's head of global public relations, told me. "We have augmented that system with additional cameras and the use of BriefCam, a video analytics system."

Although cruise lines are remaining tight-lipped about this type of tracking, BriefCam's website bills the company as "a provider of ... rapid video review and search, face recognition, real-time alerting and quantitative video insights."

In other words, if a passenger tests positive or becomes ill, their photo can be cross-referenced with camera footage to identify areas that person has visited while on board. (Cabins are not outfitted with cameras.) From there, this technology can also determine the identities of anyone who was near ill passengers for an extended period of time in order to ask them to stay in their cabins until they can be tested.

Given that some ships are still requiring passengers to wear masks, we wondered whether that affects the reliability of BriefCam's facial recognition.

"Face recognition with face masks is indeed supported, and the accuracy of this capability has been dramatically enhanced with BriefCam’s latest software release," said Stephanie Weagle, BriefCam's chief marketing officer.

"BriefCam is working with some of the world’s largest cruise lines," Weagle said, declining to name them specifically. She also noted that the length of video retention is unique to each cruise line and ship, depending on the video management system in place on each, rather than on the BriefCam software.

Additionally, BriefCam says its technology can be used to help cruise lines monitor traffic flow over time, alert crew that common areas need to be cleaned after a certain number of cruisers passes through and keep track of whether passengers are adhering to social distancing and mask-wearing requirements that might be in place on board. However, it's currently unclear whether cruise lines are using BriefCam for these purposes.

When passengers check in for a Celebrity cruise using the line's mobile app, they submit a photo. Under it are checkboxes to allow consent for that photo to be used for contactless check-in (including gangway identification) and photo identification purposes.

The fine print made available to every passenger before they check those boxes says the following, with regard to both check-in and onboard photography identification during Celebrity and Royal Caribbean sailings:

"Before you cruise, we collect certain identifying information.... In addition, we collect your photograph.... The photograph is used to further identify you before and during your cruise...."

Both lines also "may process this photograph and extract certain data from the photograph (e.g., biometric data) so as to better identify you."

With the exception of contactless check-in and onboard photography services, the lines say they "will not use your biometric data for any other purposes and will permanently destroy biometric data within six weeks of the end of the applicable voyage, unless the further retention of such data is permitted by applicable law."

All of this means that the line won't abuse the privilege of having this data, but they can use it or retain it for longer than 6 weeks if there's a compelling and legal reason -- which might include contact tracing.

The fine print also states the lines can use your photo without your consent if there's a compelling and legal reason, so opting out of contactless check-in and biometric photo services won't necessarily keep them from using your photo for contact tracing.

For more information, I turned to the cruise contract agreed to by every passenger who sails with Celebrity Cruises, but I was surprised to see that it includes no mention of using passenger photos specifically for facial recognition purposes, including those related to COVD-19 contact tracing. The only bit that might cover it is section 14, which says this:

"Guest hereby grants to carrier ... the exclusive right ... to include photographic, video, audio and other visual or audio portrayals of passenger taken during or in connection with the cruise ... for the purpose of trade, advertising, sales, publicity, promotional, training or otherwise...."

In addition to video surveillance and facial recognition, cruise lines are turning to other tracking methods for contact tracing, many of which are wearables.

Years ago, Carnival Corp. -- which operates Carnival Cruise Line, Holland America Line, Princess Cruises and other brands -- introduced its OceanMedallion concept. The medallions, small metal discs, can be carried in a pocket, worn around the wrist or put on a necklace, and they serve the same functions a keycard would (opening your cabin door, checking in and out when you go ashore, making onboard purchases).

However, tapping into a system of wireless onboard checkpoints, the medallions also track passenger location, allowing crew to deliver food and drinks to just about anywhere you are on the ship and parents to monitor where their kids are, for example.

Now, that same technology -- which, pre-pandemic, had only been implemented on a handful of Princess ships but is now on all of them -- could help with contact tracing when cruises resume.

A similar wearable was released on several of MSC Cruises' latest vessels as part of the line's MSC for Me experience, which integrates the wearables with MSC's mobile app and several "smart ship" features, such as Zoe, an in-cabin virtual assistant similar to Alexa or Google Home.

And, during the pandemic, it was revealed that Royal Caribbean Group had trademarked something called a "Tracelet," which will be used in conjunction with the BriefCam technology as a backup method of contact tracing.

According to Royal Caribbean's website, "The Tracelet helps us with contact tracing in the unlikely event of an onboard health concern. Therefore, everyone on board, regardless of age, needs to wear it. Should you be unable to wear it on your wrist, we will find another way for you to wear it. Any guest who chooses not to wear the Tracelet will be unable to sail."

Wearables like these are tied to information like your name, cabin number and photo. So, assuming you're wearing (or carrying) your own device, your ship will have an easier time figuring out where you were on board and whether or not you could have been exposed to COVID-19 in the event that positive cases are detected on your sailing.

Related stories
Here are the best Black Friday travel deals of 2022
Great deal: Book business class tickets at premium economy prices with this Avianca LifeMiles sale
Holiday gift guide: TPG’s 22 travel-friendly picks for 2022
Vail Resorts lift-ticket sales capped; buy your Epic Pass by Dec. 4
Featured image by Wearable "Tracelets" must be worn by passengers sailing on Royal Caribbean and Celebrity ships to help with contact tracing in the event there are COVID-19 cases found onboard. (Photo courtesy of Royal Caribbean International)
Editorial disclaimer: Opinions expressed here are the author’s alone, not those of any bank, credit card issuer, airline or hotel chain, and have not been reviewed, approved or otherwise endorsed by any of these entities.