Articles
Darren Murph holds a Guinness World Record as the planet's most prolific professional blogger. He's an explorer at heart, having traversed nearly 50 countries and all 50 US states. He's flown over one million miles on Delta alone, and serves as a senior writer at TPG.
Follow
Feb. 16, 2019
•
4 min read 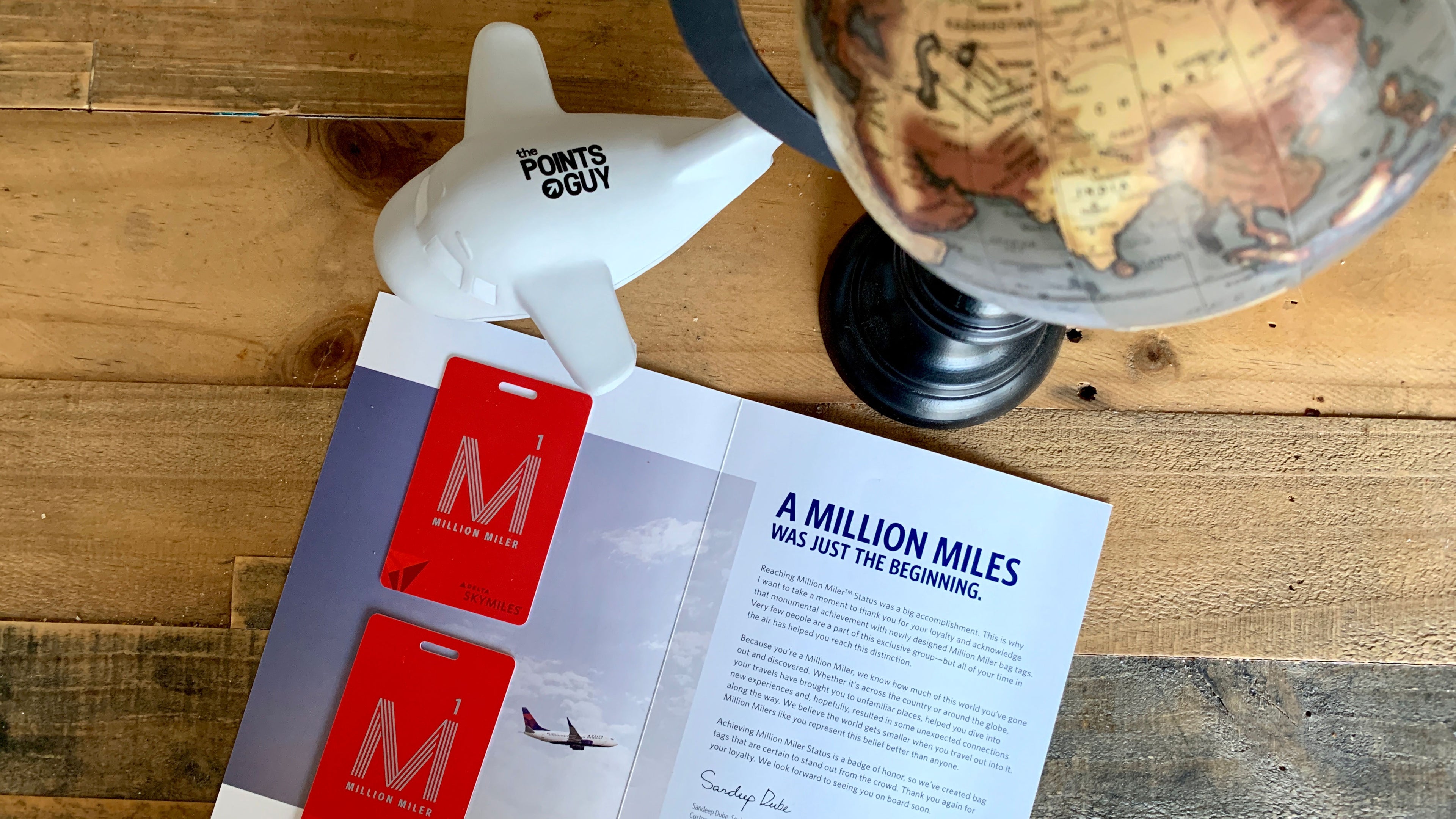 Delta Now Sending Brag Tags to Million Milers — Here's What They Look Like
This post contains references to products from one or more of our advertisers. We may receive compensation when you click on links to those products. Terms apply to the offers listed on this page. For an explanation of our Advertising Policy, visit this page.

Delta's SkyMiles program, which was voted Best US Airline Loyalty Program by readers in our inaugural TPG Awards, causes much rejoicing and much anguish. On one hand, Medallion members are routinely treated well, and the soft perks are appreciated by frequent flyers who lean on VIP support lines to get them out of jams.

On the other, there's the continual fall in value of the SkyMile itself. Delta has recently pegged the value of a SkyMile to 1 cent in regard to things like SkyMiles seat upgrades, making it ever more challenging to find outsized value, such as the recent 100,000-mile business class award to the Maldives.

I fell into an unintentional commitment to Delta more than a decade ago thanks to its frequent service out of my home airport in North Carolina, and have managed to achieve Diamond Medallion status for the past six years. Last year, on a flight between Salt Lake City (SLC) and Raleigh–Durham (RDU), I surpassed one million miles flown on a single airline.

There wasn't much fanfare on the flight itself, but it wasn't long before an email arrived congratulating me on the occasion. Like other million milers, I was pointed to a website where I could choose my million miler gift. I opted for the 20" Hartmann Ratio Classic Deluxe Global Carry-On Glider (quite the mouthful, huh?), primarily because of its included suitor. The fact that it retails for more than $400 helped, too.

A year later, it appears that Delta is doing something different with its brag tags. While I received my usual Diamond Medallion tags in 2018 that included a small "1M" label in the corner to indicate that I was a Diamond Million Miler, I just received a fresh packet from Delta with dedicated Million Miler brag tags.

Included was a letter from Sandeep Dube, Delta’s SVP of Customer Engagement & Loyalty, and CEO of Delta Vacations, thanking me for my loyalty and wishing me well on the march to my next million. The two red tags are unmistakable, and you can be sure that they'll be easily recognized a terminal away by those carrying them.

They're constructed from a thick, hearty plastic (as opposed to metal, which Delta phased out a few years back). There's nothing on the back. I would have preferred these be customized a bit, perhaps with my SkyMiles number or initials, but I understand the added complexities from a printing standpoint.

Most interesting to me is that these are seemingly in addition to the Diamond Medallion tags that I'm expecting for 2019 (but haven't yet received). There's no indication at all that these tags are tied to current status. I met a gentleman on the inaugural A220 flight between Dallas–Fort Worth (DFW) and New York's LaGuardia (LGA) who had surpassed 3 million miles on Delta, and I'm curious to see if 2+ million milers have tags that are different in hue or build.

If you're looking to join the ranks of the million milers, be sure to check our guide to achieving (and enjoying!) million miler status.

Have you reached a million miles on a single airline? Let us know in comments below!