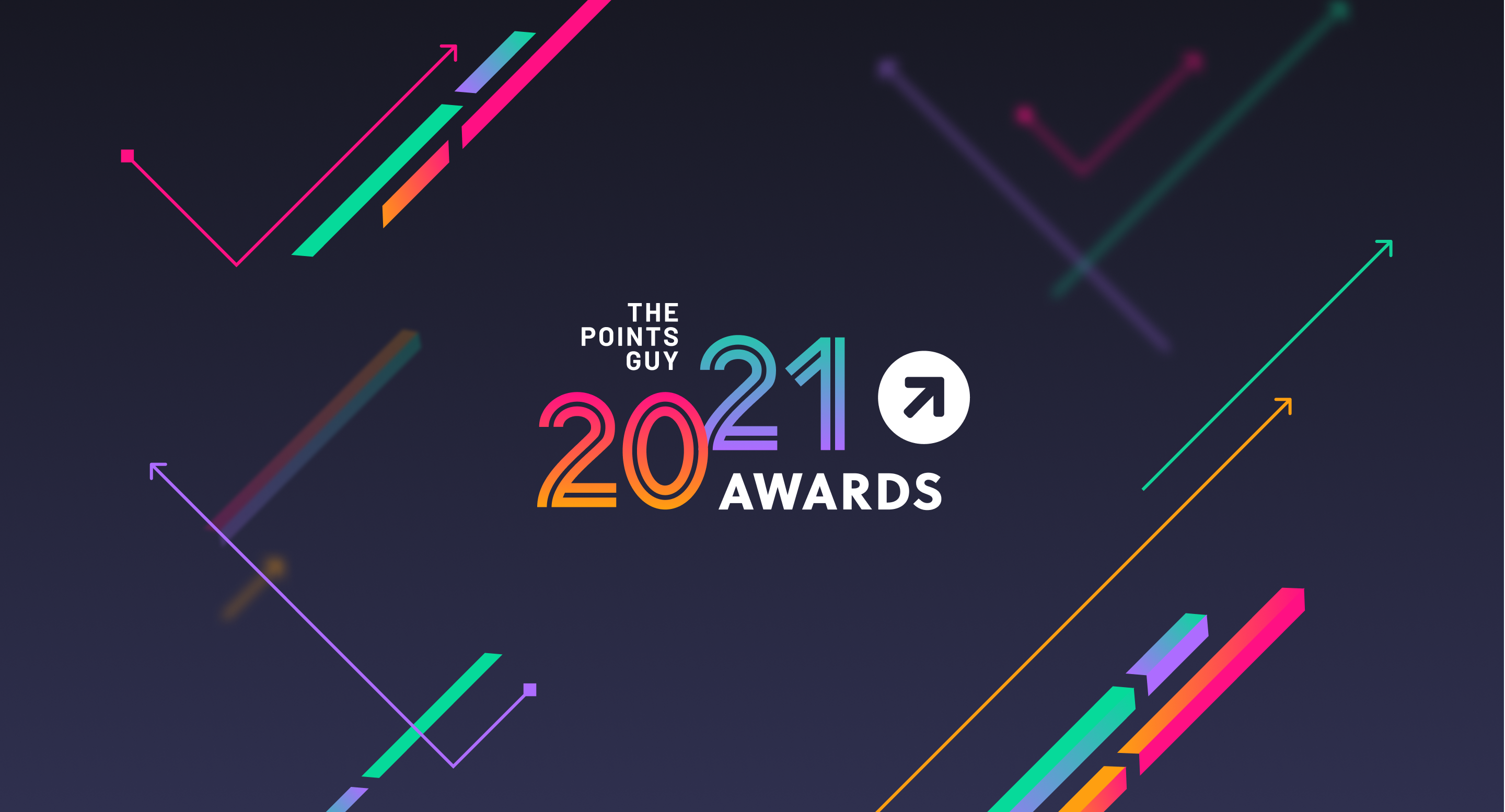 We’ve reached the end of the 2021 TPG Awards — and what a busy few weeks it's been. From Airlines Week to Travel Week and now Credit Cards Week, we've handed out a bunch of trophies as we looked back over the last year — and peeked ahead at what the future might hold.

2021 saw a whirlwind of new products, refreshed cards and many other changes that have (in many ways) completely transformed the landscape of the rewards card industry.

If you missed any of our announcements, here's what the last week looked like across TPG's various channels.

Our first day started with a bang, as we gave out our final six readers' choice honors of the year. Voting ran from Sept. 13 through Oct. 15 — and here were the winners:

As you can see, there were some first-time winners this year — including a pair of American Airlines credit cards. Given that American AAdvantage also took home awards during Airlines Week, it's clear that many fans of the Fort Worth-based carrier weighed in during voting.

Monday also brought our first editors’ choice award of the week, as we recognized the best new credit card (as selected by TPG’s editorial team). There were a slew of new products that launched this year, including some over the last few weeks — and taking home the crown was the Capital One Venture X Rewards Credit Card.

This new product got in just under the wire (Nov. 12, 2021 was our cut-off date) but is very appealing to a wide swath of travelers. From lounge access to enhanced earning rates to great travel protections, there's a lot to like about the Venture X card.

The information for the Citi / AAdvantage Platinum Select card has been collected independently by The Points Guy. The card details on this page have not been reviewed or provided by the card issuer.

We gave out another editors’ choice award on Tuesday morning, this time for the best credit card perk. For this one, the editorial team only considered unique card perks — ones that aren’t shared with other cards. As an example, Priority Pass lounge access was not a candidate, since many issuers offer this benefit to cardholders.

The winner? American Express and its Global Lounge Collection. While this does include Priority Pass access, you can also get into the issuer's ever-expanding set of Centurion Lounges, Delta Sky Clubs (when traveling on Delta or its partners) and many more around the world.

Speaking of Amex, Tuesday also brought our special webinar with executives from the issuer, as we dove into the many updates on the Platinum Cards. Be sure to check out the recap and full recording to see what we discussed.

Our third editors’ choice award was handed out on day three — for best transferable point currency. These programs can offer some immense value to travelers (and were a hot topic at last week’s TPG Talks webinar), but each one has its own sweet spots, and TPG’s editorial team picked the best one.

This year, the award went to Chase Ultimate Rewards. With a solid array of partners plus a diverse set of associated credit cards to fit just about anyone's spending habits, Ultimate Rewards is among the most valuable currencies out there. That's not to say it was an easy win, however. The emergence of Bilt Rewards plus the revamped list of Capital One transfer partners were close contenders — and these are definitely programs to continue to watch into 2022.

Thursday was another busy one, as our next editors’ choice winner was crowned. This time, we recognized the best refreshed credit card of 2021. Many issuers made some sweeping changes to certain products over the last year, and while some had mixed reviews, there was one (in particular) that the editorial team has flagged as the best — the Chase Sapphire Preferred.

This long-time favorite of many award travelers somehow got even more valuable in 2021, adding new bonus categories plus a $50 annual hotel credit for reservations made through Chase Travel. And the best part? These were added with no increase in the annual fee. This made it an easy pick for this honor — and hopefully it'll spur other issuers to make similar changes in the months to come.

We also launched our third reader story of the awards (check out previous stories from Airlines Week and Travel Week) — though this one may be a bit different than you’d think. We told the story of an immunocompromised TPG reader who, rather than risking travel during the pandemic, decided to focus on earning credit card points on some at-home upgrades.

Our second-to-last day of the week also saw our third (and final) Facebook Live panel of the 2021 TPG Awards. Once again, I was joined by some of my colleagues as we discussed the readers’ choice award winners. Not surprisingly, we had some pretty strong opinions on the best credit cards out there — so check out the recording right here (you can view similar conversations from Airlines Week and Travel Week for an idea of what’s to come).

Our final day of the 2021 TPG Awards brought our last editors’ choice honor of the year — for the best stand-alone credit card. Many TPG readers don’t want the hassle of navigating a wallet full of credit cards with various annual fees, different earning rates and ever-changing benefits. So this award recognized the card that offers the best value if you choose to carry it and no other card at all.

And this year's winner was the Capital One Venture Rewards Credit Card. With a simple earning structure, flexible rewards and a manageable annual fee ($95), using this card for all of your purchases can result in solid value. The aforementioned updates to the Sapphire Preferred were notable, but ultimately the team decided that the Venture Card stands tall, winning the award for the second-straight year.

But then, we wrapped things up by taking a step away from the trophies. In our final article from the 2021 TPG Awards, we recognized a key set of essential workers — ones who’ve faced a difficult 18 months but were able to find some joy and escape thanks to the world of travel.

And to celebrate each of them, TPG is making a donation in each of their names to a charity of their choosing. It's a great way to honor those selfless individuals who've sacrificed so much during the pandemic — and are looking ahead to brighter skies in 2022.

It’s been a busy few weeks here at TPG, first with Airlines Week, then Travel Week and wrapping up with Credit Cards Week. And as we look ahead to the holiday season and get ready for (what we hope will be) even more normalcy in the travel world next year, there's a lot to get excited about.

Be sure you're following The Points Guy on Facebook, Twitter and Instagram to catch everything you may have missed from the last three weeks — and for complete coverage of all things loyalty, credit cards and travel in 2022 (and beyond).

Related stories
Another Prime Day is coming — maximize your Amazon purchases with these credit cards
Best travel pants for women
How to earn points in the JetBlue TrueBlue program
Big news: Virgin Atlantic is joining SkyTeam alliance
Editorial disclaimer: Opinions expressed here are the author’s alone, not those of any bank, credit card issuer, airline or hotel chain, and have not been reviewed, approved or otherwise endorsed by any of these entities.