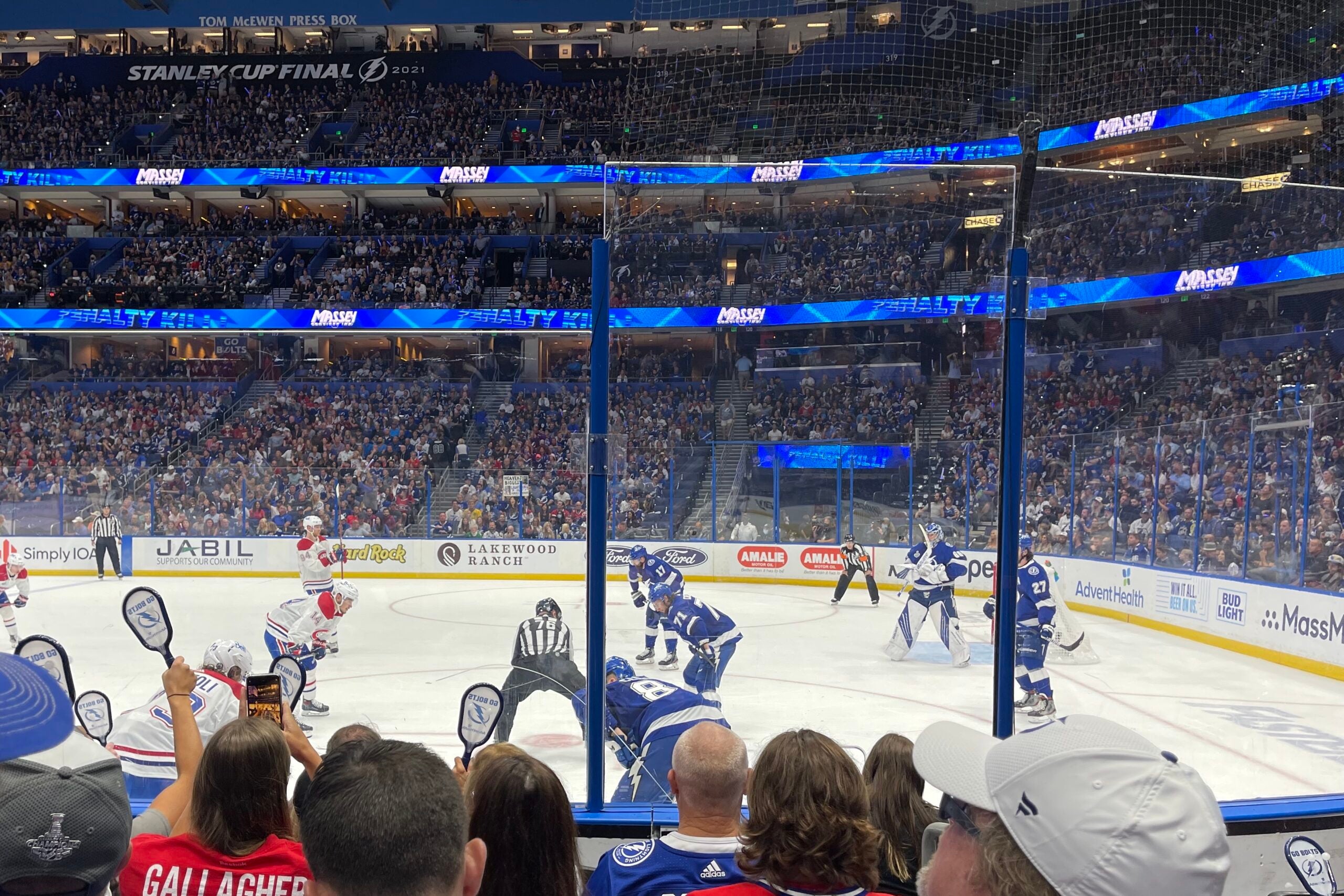 Over the last several months, many travelers took to the roads and the skies across the U.S. — some for the first time since the onset of the coronavirus pandemic. While travel wasn't fully back to normal (just ask those who faced issues created by the summer surge in demand), it did offer hope for the future as travel restrictions continue to be relaxed around the world.

And many TPG readers took full advantage of this reopening to take some epic trips — with an assist from travel providers.

Today, as part of Travel Week at the 2021 TPG Awards, we're thrilled to share our second reader story of the awards (you can check out last week's article right here). Read on to learn how one couple utilized their accumulated points and miles to book (and take) a dream trip to see their favorite team play in the Stanley Cup Finals — after COVID-19 put the breaks on another plan.

Editor’s note: Submission has been edited slightly for clarity.

TPG reader Michael Brill and his Canadian wife were set to embark on an April 2020 trip to Europe — their first in international business class — once his wife received her green card. Unfortunately, the arrival of the pandemic put a halt to these plans.

For starters, COVID-19 delayed the immigration process, so Michael and his wife were forced to postpone any travel plans. But more importantly, the border closure between the U.S. and Canada meant that, until his wife's green card was issued, they would be separated.

In the end, they were apart for a year.

Finally, in March 2021, the green card came through — and the pair was reunited.

Coming up with an alternate plan

By then, certain parts of the world were reopening (a trend that continues today), but Michael and his wife had set their sights on a domestic trip: the Stanley Cup Finals.

"Hockey has always been a big part of our lives. We decided before the NHL playoffs started [that] we'd pivot our Europe trip into a domestic one to realize another dream of both of ours: seeing a Stanley Cup Final game in person ... We would use a combination of Chase Ultimate Rewards, Delta SkyMiles and Delta flight vouchers to offset the cost of airfare and hotels, using whatever leftover [Chase] points as cash back to put toward tickets."

Michael admitted to us that these redemptions didn't offer the best value on a per-point or per-mile basis. But since it enabled them to realize a lifelong dream — and celebrate the end of a very challenging year — he felt that it was well worth it.

But little did they know that their plans were about to get even more exciting.

The icing on the cake

The 2021 NHL season was modified significantly due to the pandemic. It was reduced to 56 games, and cross-border travel restrictions necessitated realignment of the league's conferences. There were four divisions, including one (the North) that featured all seven of the teams based in Canada. Ultimately, the top four finishers in each division advanced to the playoffs.

This included the Montreal Canadiens, Michael's wife's favorite team — which clinched the fourth (and final) spot from the North Division.

But despite this low seed, the Canadiens stunned the Toronto Maple Leafs, the Winnipeg Jets and the Las Vegas Golden Knights to reach the Stanley Cup Finals.

As in, the very event that Michael and his wife had already decided to attend.

He went ahead and redeemed 100,000 Delta miles to book last-minute, round-trip tickets from Buffalo (BUF) to Tampa (TPA), and he burned 80,000 Ultimate Rewards points for a week at a downtown hotel within walking distance of Amalie Arena. Finally, he turned another 80,000 Chase points into $800 — which he put toward tickets to Game 1.

"With all of the savings booking the travel arrangements with points and an additional $800 in cash back, we treated ourselves to Game 1 seats five rows from the ice in the Montreal end of the rink so we could be up close and personal with the game. We even ended up clearly visible on TV where all of our friends and family could see us. We had such a good time that we ended up returning in different seats for Game 2 as well."

And even though the Canadiens lost both those games (and would ultimately lose the series to the Tampa Bay Lightning), it was still a great way to cap off a difficult year and an extended period of time apart.

"The trip would never have been possible [or] affordable without the points," Michael said.

Here at TPG, we frequently talk about redeeming points and miles for maximum value. Our monthly valuations reflect that, as the numbers are generally a bit higher than the "average" redemption you can get through each program.

That said, value is in the eye of the beholder, and in Michael's case, he used his points and miles to unlock a fantastic experience for him and his wife. And after a year of separation, it's hard to put a price on that.

Featured image by Photo courtesy of Michael Brill
Editorial disclaimer: Opinions expressed here are the author’s alone, not those of any bank, credit card issuer, airline or hotel chain, and have not been reviewed, approved or otherwise endorsed by any of these entities.