Could cruising return in August? That's the plan at cruise giant Carnival

Articles
Gene Sloan has written about cruising for more than 25 years and for many years oversaw USA Today’s award-winning cruise site. He’s sailed on more than 150 ships.
Follow
May 04, 2020
•
8 min read 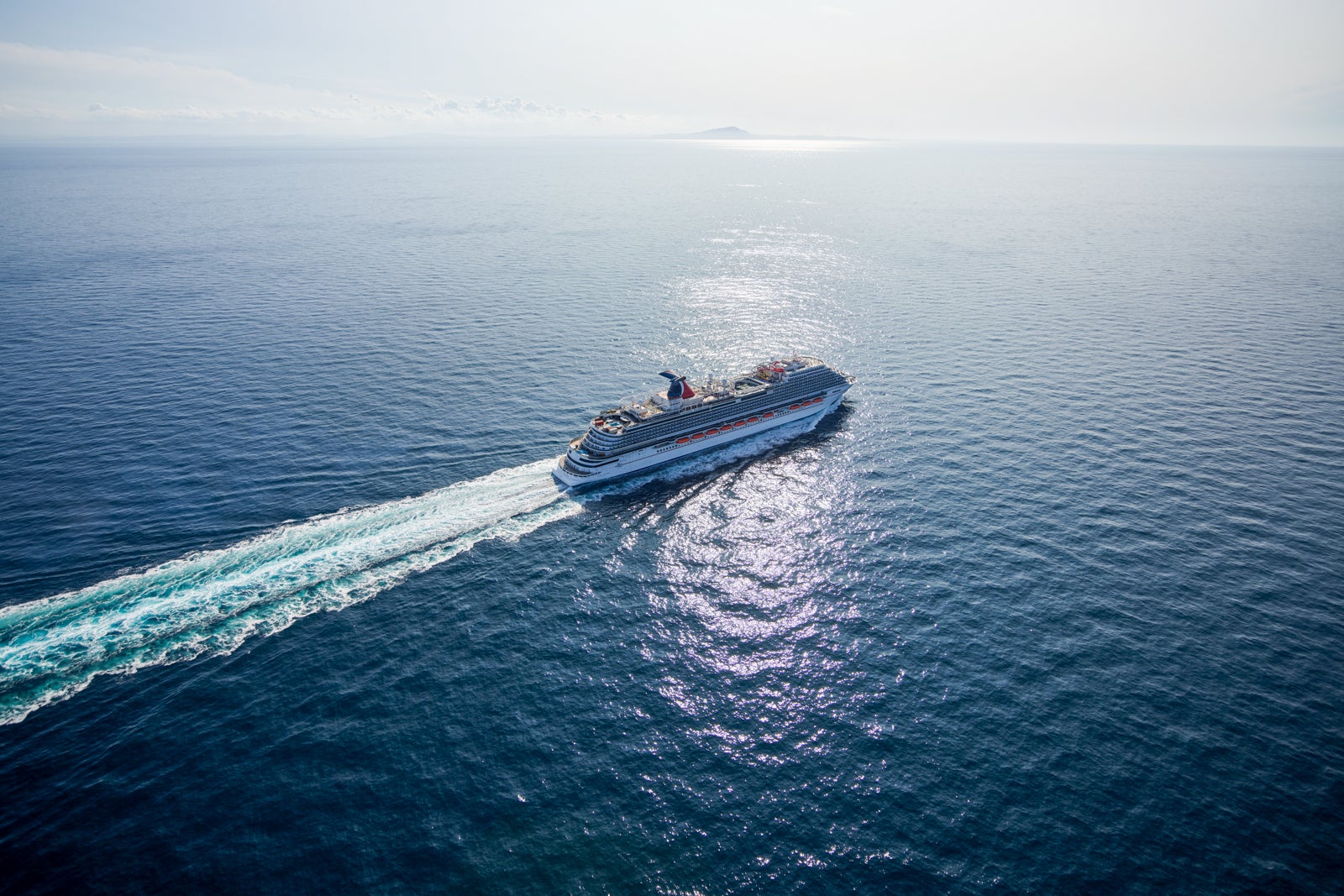 Could cruising return in August? That's the plan at cruise giant Carnival
This post contains references to products from one or more of our advertisers. We may receive compensation when you click on links to those products. Terms apply to the offers listed on this page. For an explanation of our Advertising Policy, visit this page.

The comeback of cruising will begin in August.

Or, at least, that's the word from Carnival Cruise Line, which on Monday unveiled a plan to resume operations on a limited basis starting Aug. 1.

The Miami-based cruise giant said it would restart sailings out of three of its hubs -- Miami; Port Canaveral, Florida; and Galveston, Texas -- with eight of its 27 ships.

The rest of the Carnival fleet will remain laid up until at least September, the line said.

Carnival normally operates cruises out of 19 home ports in North America on a year-round or seasonal basis. So a resumption of operations out of three ports represents just a dipping-of-a-toe back into normal cruise operations.

But longtime industry watchers say the line's announcement could be a milestone for the comeback of cruising. Carnival is the first major cruise operator to lay out a plan for a resumption of service that names specific ships and specific dates. Carnival also is one of the giants of the industry, and it's actions are often followed by other operators.

In normal times, Carnival accounts for nearly one of of every five cruises taken worldwide.

"This is a major turning point to have a solid plan (from Carnival)," Vicky Garcia, COO and co-owner of Cruise Planners, a large travel agency network, told TPG. "It gives us all some sort of relief and something positive to focus on."

The Cruise Planners network includes more than 2,500 travel agents in all 50 states.

Carnival and every other major cruise line around the world halted departures in mid-March as the coronavirus outbreak was growing dramatically. Most have canceled all sailings through the end of June, with more cancellations expected.

Until Monday, Carnival had canceled all departures through June 26. As part of its Monday announcement, it extended its fleetwide cancellations through July 31.

Related: Miss cruising? Stream these 13 movies and shows to get your cruise ship fix

In recent weeks, many industry watchers have suggested that "close-to-home" cruises that don't require an airplane trip would be the first to resume this year, and the initial sailings that Carnival plans for August fit the bill. The ports of Miami, Port Canaveral and Galveston are easily accessible by car from large areas of the southern and central United States.

Carnival, of course, has always been known for sailings out of easily accessible "home ports" sprinkled around North America.

"We are taking a measured approach, focusing our return to service on a select number of home ports where we have more significant operations that are easily accessible by car for the majority of our guests," the line said in a press release on the announcement.

Cruises on all other vessels in the line's fleet have been canceled through Aug. 31.

In addition, Carnival on Monday canceled all Alaska cruises out of Seattle on the Carnival Spirit for the year as well as the ship's Vancouver to Honolulu sailing scheduled for Sept. 25 and a Honolulu to Brisbane, Australia voyage scheduled for Oct. 6.

Carnival had previously canceled all sailings on three of its vessels — Carnival Sunrise, Carnival Legend and Carnival Radiance — through October.

Carnival's comeback plan comes with some caveats. For starters, it's unclear as to whether the U.S. Centers for Disease Control and Prevention (CDC) has signed off on the plan.

Citing the risk of COVID-19 spreading on cruise ships, the CDC last month issued an extended "no-sail" order that blocks cruise ships from operating in U.S. waters through July 24. Depending on how the coronavirus outbreak develops in the coming weeks, it's possible the agency could extend that order into August.

Carnival spokesperson Vance Gulliksen did not directly respond to a question from TPG about whether the line had gotten a sign-off from the CDC to resume sailings in August. But he suggested the line's ships would not sail if the CDC extended its order.

"We are complying with the no-sail order and will continue to do so," Gulliksen said. "If circumstances change, we will adjust our plans."

In a follow-up statement on Monday, Carnival said its resumption of sailings in August was "contingent on a number of factors ... any resumption of cruise operations – whenever that may be – is fully dependent on our continued efforts in cooperation with federal, state, local and international government officials."

A spokesperson for the CDC did not immediately respond to a TPG question about the topic.

The CDC has been clear in recent months that it sees a risk to cruise ships resuming sailings without significant changes to the way they operate.

"Cruise ship travel markedly increases the risk and impact of the COVID-19 disease outbreak within the United States," the agency said in the "no-sail" order. "If unrestricted cruise ship passenger operations were permitted to resume, infected and exposed cruise ship cases would place healthcare workers at substantial increased risk."

In its announcement, Carnival didn't give details as to how it might change the way its ships operate to reduce the chance that the new coronavirus spreads on board.

A handful of lines in recent weeks have announced plans for new medical screenings for passengers and other onboard measures. But Carnival said it would use the coming weeks "to continue to engage experts, government officials and stakeholders on additional protocols and procedures to protect the health and safety of our guests, crew and the communities we serve."

Related: 9 ways cruising will be different when it starts up again

Another caveat to Carnival's plan to resume sailings in August is that some destination ports may not have reopened by then.

The eight ships that Carnival plans to bring back in August currently are scheduled to sail a mix of 4- to 8-night sailings to the Bahamas and Caribbean. The itineraries include calls at a wide range of destinations in the region including Cozumel, Costa Maya and Progreso, Mexico; Nassau, Bahamas; the Cayman Islands, Jamaica, St. Thomas, Aruba, Curacao, Puerto Rico, Bonaire, St. Maarten, St. Kitts, the Dominican Republic, Belize and The Turks and Caicos.

Carnival's Gulliksen said the line currently is in discussions with ports on the itineraries.

"We will be continuing our discussions with officials in the destinations we serve so that they understand our enhanced procedures, they have the proper infrastructure to support our return to the market, and they are ready for our return," he said.

Caveats aside, Cruise Planners' Garcia said Carnival's announcement is welcome news to the thousands of cruise fans who have been eager to get back to sea.

"Consumers are pent up in their homes right now just dreaming of their next cruise," she said. "Just having a start-up date helps that ... planning really start happening with more confidence."