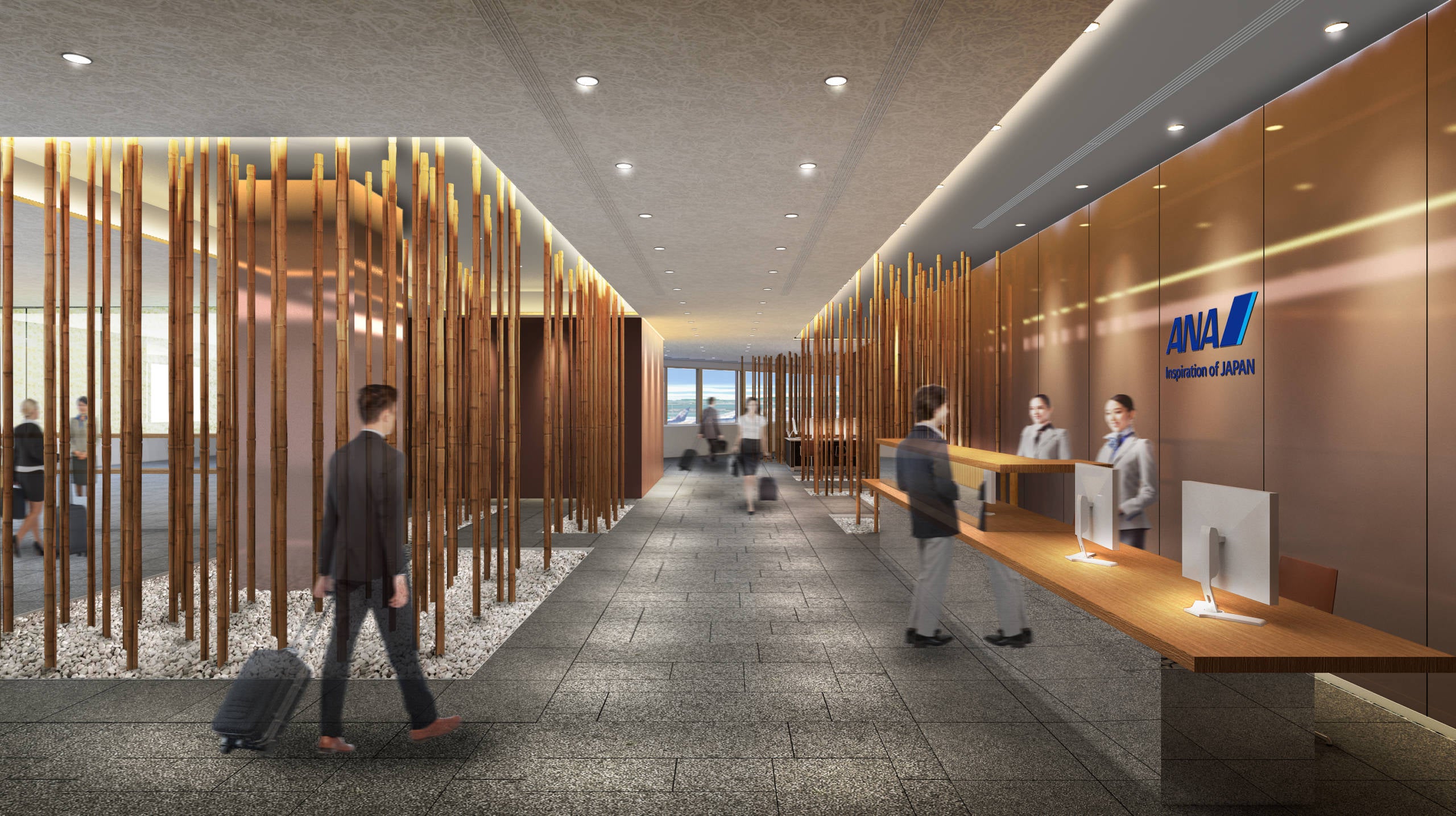 Though now's not the time to travel, All Nippon Airways (ANA) — the largest airline in Japan — is unveiling three brand-new lounges as it moves most of its international operations to Terminal 2 at Tokyo's Haneda Airport (HND) on Sunday, March 29.

Before the coronavirus outbreak, there was a lot of talk about Haneda airport. That's because the U.S. Department of Transportation awarded 12 new daytime slots to American Airlines, Delta, Hawaiian and United for new service to the closer-in Tokyo airport. Since then these U.S. airlines have started to pare down their operations at Tokyo's larger, but far more inconvenient Narita airport, in favor of new flights to HND.

As more and more focus is on Haneda, we're seeing one of Japan's flag carrier step up its own game at the airport with several passenger-friendly improvements in the form of three all-new lounges.

ANA's first-class lounges, dubbed Suite Lounges, have historically been above-average at best. Though the airline's new first-class product is a big improvement on board, it was let down for the uninspiring ground experience.

But with the introduction of the new Suite Lounge in Terminal 2, that should change. The 360-seat space will feature an expanded culinary experience including a live kitchen with made-to-order dishes and a new bar area with cocktail, liquor and wine menus, as well as barista-made hot beverages.

If you're looking to relax, there's a new area for napping with several beds and reclining chairs. There's also a private media room with individual booths featuring televisions with on-demand content.

The lounge will be open daily from 5 a.m. until the last departure. Customers seated in first class on any Star Alliance carrier, as well as ANA Diamond elites have access.

When I flew ANA's new The Room business class earlier this year (how times have changed), I loved the product. In fact, I coined it the new gold standard, though Qatar's Qsuite gives it a run for its money. My biggest gripe was the ground experience, though, especially how overcrowded the lounge got.

Fortunately, with the opening of the new ANA Lounge in Terminal 2 at HND, that will all change. The biggest improvement, in my mind, is the new seating capacity — 900 passengers!

Like the Suite Lounge, this space will have a live kitchen and bar area, as well as a 24-seat booth area and a kids room.

The hours will also be the same — 5 a.m. until the last departure. You can enter the lounge when flying on a business-class ticket on any Star Alliance carrier or if you hold Star Alliance Gold status (regardless of what cabin you're flying).

This will be Haneda's first arrivals lounge. It's designed for passengers arriving from early international flights who need to go straight from the airport to meetings or the office. It's only open in the mornings from 4:30 a.m. until 12:30 p.m., which means many U.S. arrivals will be excluded.

Perhaps most interestingly, the arrivals area will have a footbath experience for those looking for a little extra relaxation before heading into one of the world's largest cities.

Though the timing is certainly interesting, the new ANA Lounges in Tokyo's Haneda Airport look to be a big improvement. The Suite and business-class spaces are much larger their predecessors. Plus, with enhancements to the dining areas, I can't wait to check out the new lounges once the coronavirus pandemic ends.

All images courtesy of All Nippon Airways.