5 things airport lounges need to do ASAP to stop overcrowding 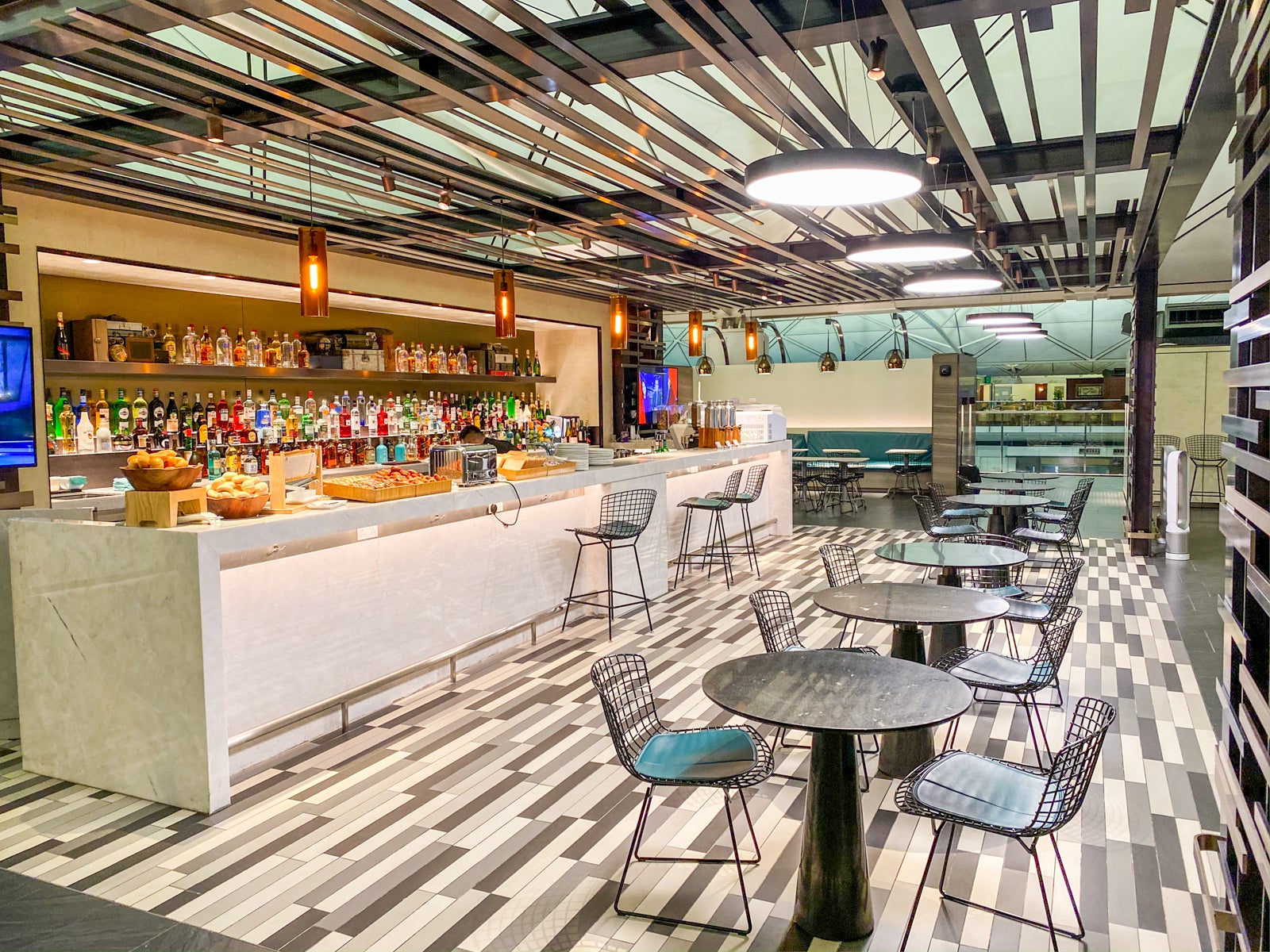 Airport lounges aren't the oases that they once were. With the proliferation of premium credit cards that include Priority Pass memberships, many more people have access to these exclusive spaces, which often leads to overcrowding or being denied entry.

As such, I recently wrote about how I no longer visit the run-of-the-mill domestic membership lounge and instead head straight to the gate. Unsurprisingly, my position elicited strong feedback on both sides.

But instead of debating whether you should visit a packed lounge, let's dive deeper into some strategies that airlines and lounge operators should employ to combat overcrowding.

The simplest way to reduce lounge overcrowding is to just make them bigger. Unfortunately, this is much easier said than done.

As is, airports are tight spaces that can't just expand vertically or horizontally. There's only so much space in the airside area, and that real estate needs to be divided into restaurants, retail shopping, gate areas and lounges.

I commend Amex for trying their hardest to enlarge the physical space of the wildly-popular Centurion Lounges. Though the Miami and Seattle outposts are still quite full, it was much worse before the expansion.

However, lounge operators typically have a really hard time finding more space, so it's no surprise that this strategy isn't more widely adopted.

If you can't increase the "supply" of lounges, then maybe it's time to reduce the "demand" for those spaces.

One of the easiest ways to limit access is to cut guesting privileges. At the moment, Priority Pass memberships issued by Amex and Chase allow you to bring in two guests per member. Citi is more liberal and lets you choose between bringing two guests or your immediate family. And other non-Priority Pass lounges have similar guesting policies.

Though not everyone brings a guest, there'd certainly be a noticeable decrease in visitors if lounge operators were to limit guesting.

Another more radical way to curb the overcrowding would be to restrict which passengers can enter a lounge during peak times. For instance, Air Canada's Signature Suite is only open to paying business-class passengers flying on Air Canada metal.

Similarly, as airline alliances become weaker, maybe it's time for the busiest airline-operated lounges to only accept customers flying preferred partner airlines. In Delta's case, for example, I could see the SkyClub admitting fliers on Air France, KLM, LATAM and Virgin Atlantic only.

Another strategy could be to prioritize access based on status. If you're trying to use a Cathay Pacific lounge on account of your Oneworld status, maybe Oneworld Emeralds should have a higher "priority" to enter during peak times than Sapphire elites.

Hub airports are really large, and there's nothing worse than walking to a lounge only to wander around aimlessly trying to find a place to sit.

Just like airports are getting better at posting how long it'll take to clear security, they should adopt a similar system for lounges. I'd love to see an app tell me real-time stats on how crowded a lounge is, whether there's a waitlist for entry and if there are available seats. Historical data would even be helpful in determining whether to make a stop at the lounge.

Like Hong Kong, many airports have multiple Priority Pass and airline-branded lounges in a single terminal. Instead of everyone going to whatever lounge is closest to their gate, an app would help distribute the crowd across multiple lounges to create an equilibrium where no single space is too busy.

A digital queue system could also be the key to implementing more restrictive access policies. Instead of making a carte blanche rule that you can't bring guests into a lounge, lounge operators could tailor guesting privileges to real-time crowd data, which would be visible on an app or website.

I've never been in a lounge that's encouraged visitors to take food and drinks with them. The rationale is that by restricting consumption to lounge premises only, you'll eat less and won't "raid" the buffet. However, this rule also keeps you in the lounge longer, in case you get hungry or thirsty later on.

If operators were serious about addressing overcrowding, they'd consider adding takeaway food and beverage options. I'm sure that many people who only use a lounge for its culinary offerings would be just as happy eating the free food by their gate.

There'd certainly need to be some policing to discourage abuse, but it could be well worth it to free up space in lounges. In fact, this could even be financially beneficial to the lounges too. Priority Pass lounges could make even more money on entrance fees-- both from those who sit in the lounge and from those who grab and go.

While Priority Pass lounges have gotten busier, they've been great about adding nontraditional "lounges" to their network. There are now 30 restaurants that are part of Priority Pass and a bunch of Minute Suites locations too.

Personally, I prefer eating at an above-average restaurant with access to a power outlet and free Wi-Fi than trying to find a seat in a packed lounge. This is a key reason why I hold credit cards that include a Priority Pass membership.

Airport lounges have become increasingly popular in recent years. With more people eligible for access, these once-calm spaces are often just as crowded as the terminal itself.

Lounge operators have a few options for limiting the crowds. While mostly unpractical, they could build more space. Limiting access may be easier, though that'd certainly be less than ideal. Adding takeaway food options, as well as expanding the network to include more unconventional lounge spaces would definitely help.

Most excitingly, I'd love to see them adopt new technologies that'll arm passengers with live crowd information, so people could make informed decisions before trekking to a lounge.

By implementing new technologies along with some other measures, I hope that lounges will return to being the oases that they once were.