Amtrak Cascades service to Vancouver is back, which means easier Canadian getaways 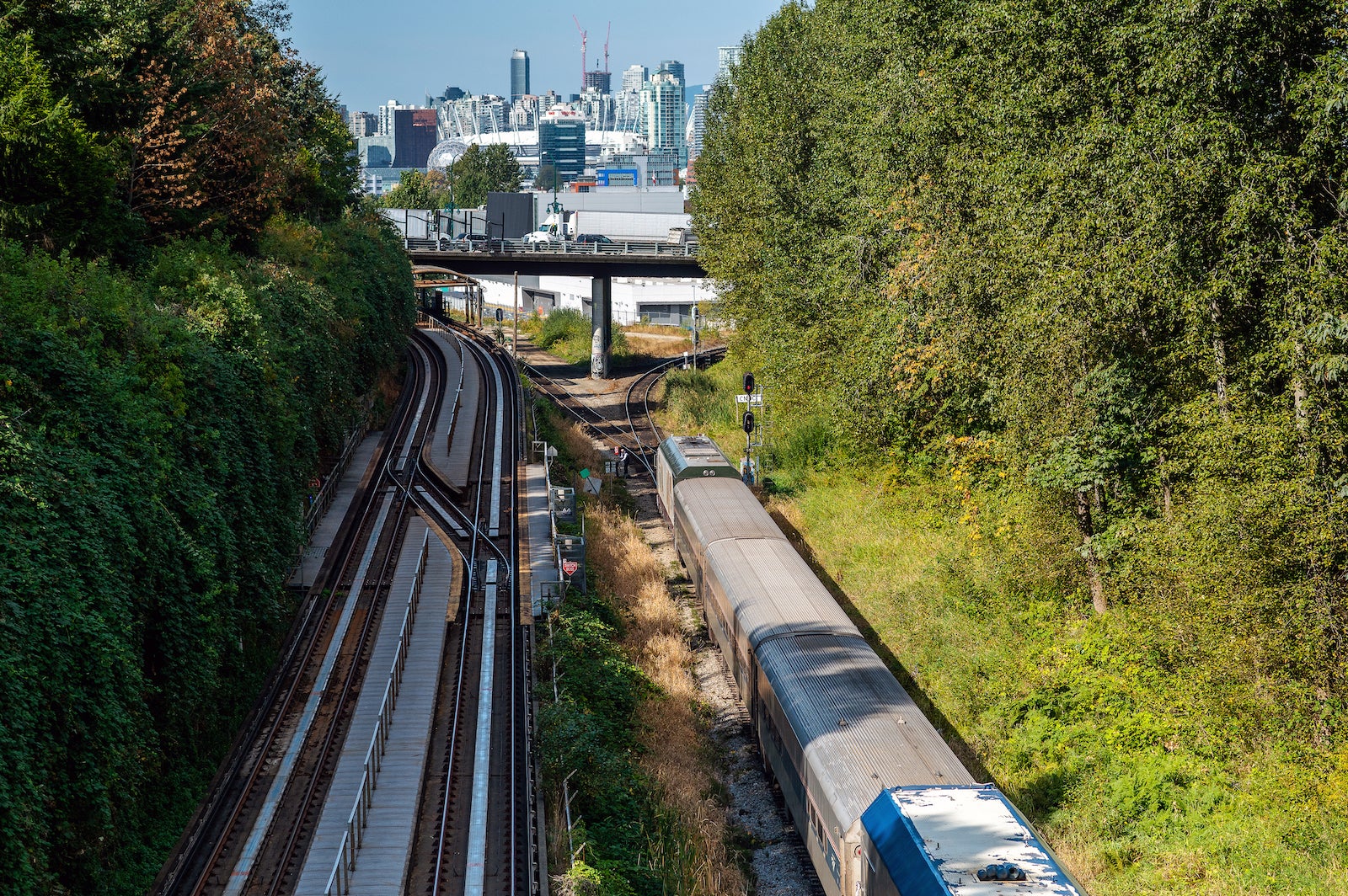 A key section of an iconic train route is once again available for those looking to travel through the Pacific Northwest. For the first time in years, you can ride Amtrak’s Cascades Train beyond the northern border of the U.S. all the way to Vancouver, British Columbia.

On Sept. 26, Amtrak resumed the northernmost portion of its Cascades Train for the first time since the start of the pandemic. The restoration of this 140-plus-mile portion of the popular route means train enthusiasts and other travelers looking for a scenic trip through Oregon, Washington and British Columbia can finally enjoy the entire trip again.

Canada just dropped its final remaining COVID-19 entry requirements at the start of October, so if you’re looking for a fall getaway, you can ride the rails across the border without having to test, enter vaccination information or fill out health data on an app.

The change is the latest example of Amtrak restoring Canada service as demand for train travel has rebounded. The rail operator restored its service between New York City and Toronto earlier this year which had been suspended at the start of the pandemic.

Amtrak’s Cascades service — just one of its many iconic train routes nationwide — runs between Eugene, Oregon, and Vancouver if you catch a train that runs the length of the route. Take the Cascades train the whole way, and you’re looking at a 10-plus hour journey.

It’s one you’re sure to remember, though. Starting from Eugene, the full route includes stops in Salem and Portland in Oregon, as well as Tacoma and Seattle in Washington. The northbound service terminated in Seattle during the pandemic.

A trip on the Cascades train will take you along the water and through river and mountain vistas. Have your camera ready, because you’ll be able to catch a glimpse of Mount St. Helens and the Columbia River Gorge along the way.

For the newly reinstated portion of the trip between Seattle and Vancouver, a train will depart Seattle at 7:45 a.m. Pacific time each morning and arrive in Vancouver four hours later, at 11:45 a.m.

Southbound trips will include a 5:54 p.m. departure from Vancouver, with arrival in Seattle at 10:10 p.m.

This portion of the service will include just one round trip each day, though Amtrak noted it is hoping to add a second daily round trip between Seattle and Vancouver as staffing and equipment allow.

In addition to the Canada portion of the service, there are three daily round trips available between Portland and Seattle.

The simpler entry process to Canada and reinstated Amtrak rail access to Vancouver could be a great excuse for a fall weekend getaway.

Looking at the weekend of Oct. 15-16, you could leave Seattle early Saturday morning, arriving in at Vancouver’s Pacific Coast Station just before noon. The northbound trip goes for $64; note that business class is sold out, a testament to the immediate popularity of this route now that it’s been relaunched.

The Sunday evening return trip allows you pretty much a full day in the city before a leisurely train ride back to Seattle.

With the return ride priced at $82, that brings the round-trip total to $164. It’s not out of the question that you could find comparably-priced airfare and a quicker trip by plane, but of course, part of the allure here is the incredible sights you’ll see along your journey on the northbound trip, at least; as the sun sets earlier and earlier, it will get dark fairly quickly into your ride back.

For your stay in Vancouver that weekend, one of the better options we found for one night was the Hyatt Regency, which is right in the heart of downtown and, at about a mile and a half from Vancouver’s Pacific Coast station, a short Uber ride from the station once you arrive in town. The one-night stay goes for $264. Or, you can get the stay for 9,000 World of Hyatt points — which is worth about $153 according to TPG’s points and miles valuations.

If you’re looking to book within the Marriott portfolio, one of the better cash deals you can find is at the Metropolitan Hotel downtown, which goes for just under $200 for the night. You could also book it for 56,000 Marriott Bonvoy points, but a quick check of TPG’s points vs. cash calculator suggests you’d be better off paying cash for this stay.

While there are lots of great sights to see on the U.S. portion of Amtrak’s Cascades train, the reinstatement of its service across the northern border to Vancouver makes it all the more appealing for journeys by rail. With fall foliage to be seen and easier access to Canada than at any point since early 2020, it could be just the excuse you need to book a trip to British Columbia.

Featured image by BLOOMBERG/GETTY IMAGES
Editorial disclaimer: Opinions expressed here are the author’s alone, not those of any bank, credit card issuer, airline or hotel chain, and have not been reviewed, approved or otherwise endorsed by any of these entities.