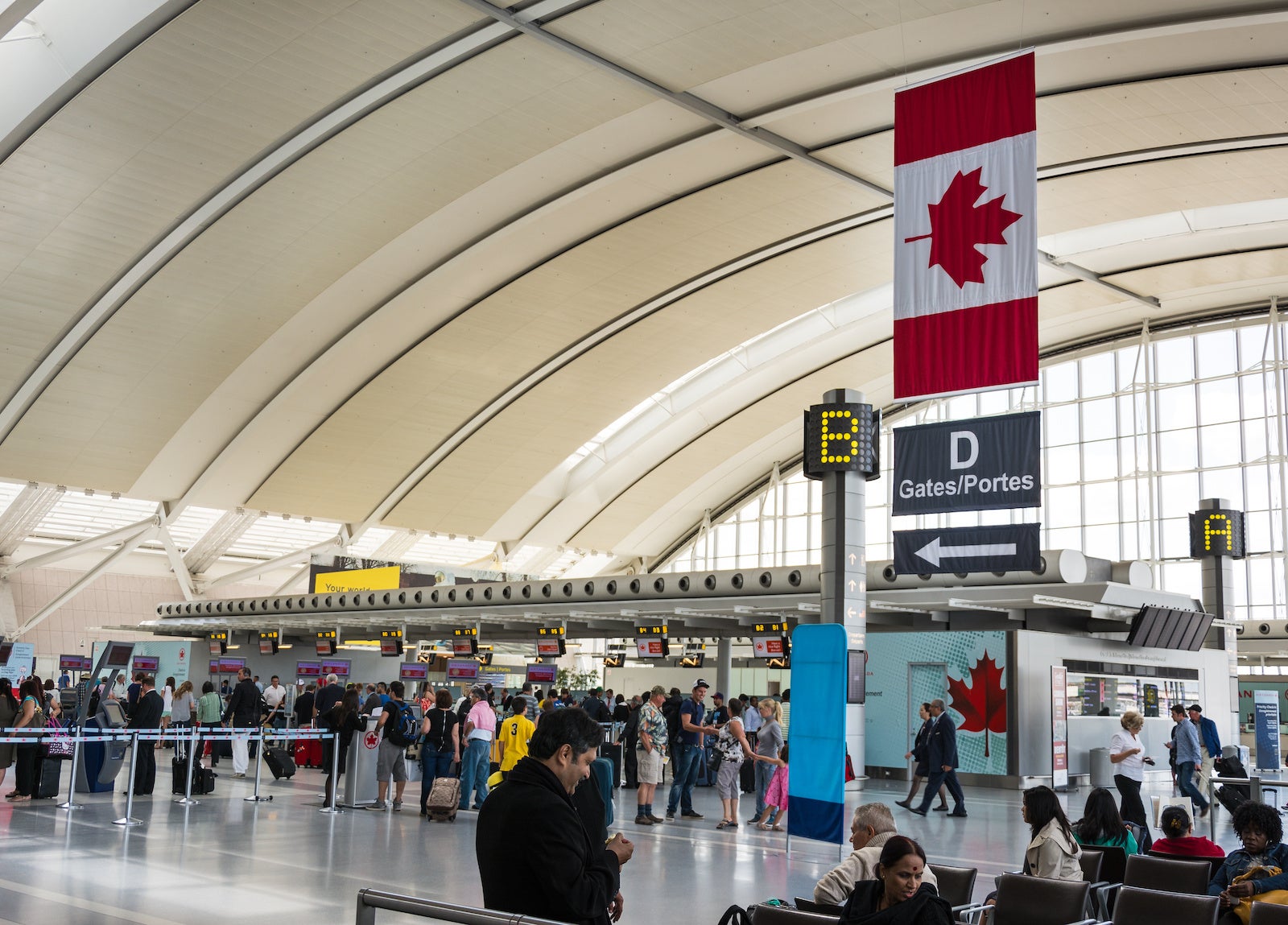 There’s big news for U.S. and Canadian travelers who frequently make their way between the two countries or U.S. travelers with trips north of the border planned in the near future.

Beginning this Saturday, Oct. 1, Canada will drop all of its remaining COVID-19-related restrictions.

That means even unvaccinated international visitors — including those from the U.S. — can enter Canada without undergoing any testing or screening. No travelers will have to prove their vaccination status before entering the country, either.

The lifting of restrictions also applies to mask requirements on flights out of Canada, which the country's biggest airline applauded Monday.

This set of changes, which comes months after Canada removed a majority of its pandemic restrictions, figures to simplify border crossings for those who regularly travel between the two countries.

“Thanks largely to Canadians who have rolled up their sleeves to get vaccinated, we have reached the point where we can safely lift the sanitary measures at the border,” Canadian Minister of Health Jean-Yves Duclos said in the news announcement Monday.

After Canada reopened its borders to international visitors in 2021, a number of the restrictions that were in place as part of that reopening came off the books earlier this spring.

At the start of April, the Canadian government removed testing requirements for vaccinated visitors. Despite the change, a number of requirements remained in place.

On top of requiring testing for unvaccinated visitors, everyone visiting Canada had to enter their information into the ArriveCan app, including proving vaccination status.

As certain requirements remained in place, travelers encountered extreme wait times when arriving at Toronto Pearson Airport (YYZ) this spring and summer, which airport officials told TPG were caused by health screenings and other virus-related protocols.

Some Canadian leaders shared further concerns that continued restrictions — however mild compared to the rules in place prior to this past spring — would dampen tourism, making U.S. visitors less inclined to travel across the northern border.

Concerns were exacerbated as the U.S. ended its mask and testing requirements for those entering the states.

“Unnecessary extra level of red tape for something that will not help anyone be any safer,” Jim Diodati, the mayor of Niagra Falls, Ontario, told TPG in an April interview about the continued protocols.

With Canada ending all such requirements, effective Saturday, travelers will no longer need to submit their information to the ArriveCan app in order to enter Canada.

On top of the end of vaccination and masking requirements for air, rail and ground travel, cruise passengers on voyages departing from Canada will also no longer face a government requirement for vaccination or mask-wearing.

Once October begins, travelers who had entered Canada in the previous 14 days will not be required to complete any outstanding quarantines.

“We believe it will greatly facilitate travel,” Craig Landry, the Quebec-based carrier’s executive vice president and chief operating officer, said Monday. He also alluded to some of the challenges faced by travelers in recent months in suggesting improved practices going forward.

“Lessons learned during the pandemic should now be applied to streamlining the air transport system in Canada and to enact further reforms,” Landry said, suggesting streamlined customs processes aided by technology, among other things.

He also called on Canada to develop new trusted traveler programs. The U.S., of course, has several such programs for travelers arriving from outside the country, most notably Global Entry.

For his part, Diodati said he’s “grateful” Canada’s border will “finally be fully open,” calling the move “long overdue,” since Niagra Falls’ tourism industry has continued to be significantly hampered by continued restrictions, he said.

Will this cut down on wait times in Canada?

For passengers who faced significant wait times when arriving at Toronto Pearson from outside Canada earlier this year, a big question now will be whether the elimination of pandemic requirements will lead to a better experience at the border.

While Pearson Airport officials told TPG Monday they were “pleased” by the Canadian government’s decision, they admitted some uncertainty over its effect on efficiency.

“It’s still too soon to gauge how these changes will impact the experience inside Pearson, but we believe the biggest change will come with the removal of the ArriveCAN app, which may lead to a faster customs process,” the Greater Toronto Airports Authority said in a statement to TPG.

Airport officials noted Pearson is continuing to “address the systemic challenges” it faces when it comes to staffing shortages, and a need to modernize its border processes — echoing comments from Air Canada officials.

Months after removing many of its COVID-19-related entry requirements, the Canadian government took the final step away from the protocols in removing all restrictions effective Saturday, Oct. 1.

While it remains to be seen what effect this will have on international arrival wait times at airports, particularly Toronto Pearson, there is optimism that the end of all restrictions should simplify things for travelers — especially those who like to fly or drive frequently between the U.S. and Canada.

Related stories
Save money with these travel-related offers on your credit cards this month
Use these shopping portal bonuses to earn extra miles this holiday season
Using miles and points to book airline tickets and hotels for others
Maui magnificence: A review of Kaanapali Alii, a Destination by Hyatt Residence
Featured image by ROBERTO MACHADO NOA/LIGHTROCKET/GETTY IMAGES
Editorial disclaimer: Opinions expressed here are the author’s alone, not those of any bank, credit card issuer, airline or hotel chain, and have not been reviewed, approved or otherwise endorsed by any of these entities.