Your guide to all the Amtrak routes in the U.S. 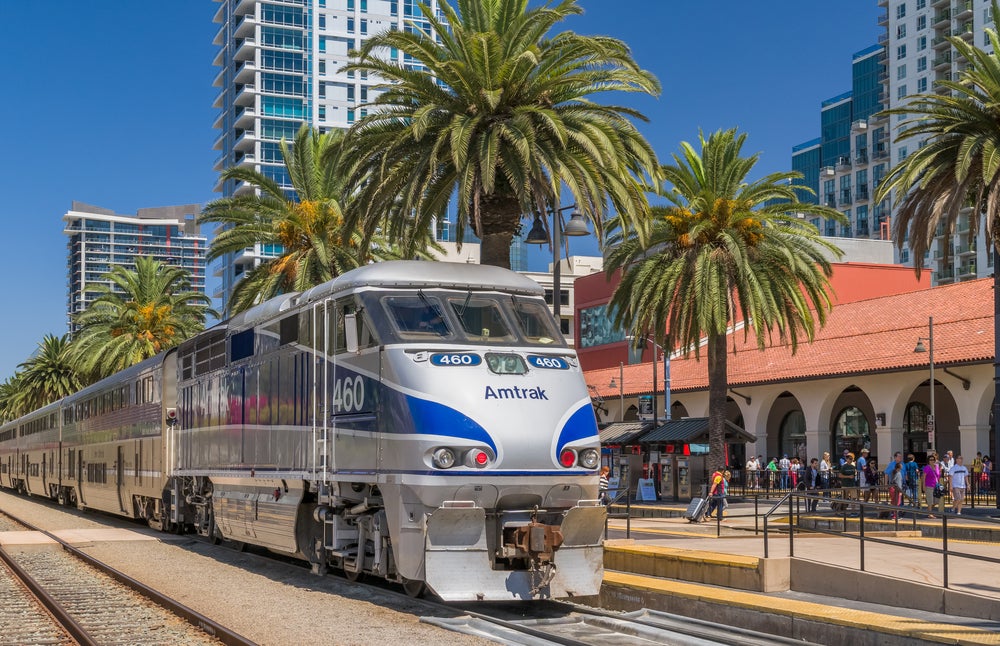 Your guide to all the Amtrak routes in the U.S.
This post contains references to products from one or more of our advertisers. We may receive compensation when you click on links to those products. Terms apply to the offers listed on this page. For an explanation of our Advertising Policy, visit this page.

All aboard! For the entire month of September at The Points Guy, we'll be exploring the world of train travel with reviews, features, deals and tips for maximizing your trip by rail.

When it comes to getting from point A to point B, most travelers choose to either drive or fly.

It's easy to overlook train travel as a viable option in the U.S. because, in today's hectic world, most people opt for efficiency above all else. But there's something to be said about the benefits of traveling by train: being able to fully enjoy the scenery along the way; not having to stop for food or for bathroom breaks; and never needing to worry about those dreaded TSA lines, to name a few.

And though train travel is hardly as popular in the U.S. as it is abroad, in say Europe or Japan, you may be closer to a train than you think.

Established in 1970 by the Congressional Rail Passenger Service Act, Amtrak consolidated the existing passenger railroads in the US into one. At the time, they operated 21 routes across 43 states. Since then, they've grown to serve 33 routes (two of which made our list of the most scenic train routes on earth) across 46 different states and a handful of cities in Canada, too.

It's a more than 21,000 mile system that runs every which way, from north to south, east to west and to lots of destinations in between. The network is split into six regions: California, Midwest, South, Northeast, Northwest and West. And it connects over 500 destinations, including big cities like Boston, Chicago, Las Angeles, Miami, New York, Portland, Salt Lake City, Seattle, Washington, D.C. and more.

On a train trip, the journey is actually part of the adventure. So, to help you get more acquainted with train travel, we've put together a guide to Amtrak's extensive network, along with tips for earning and using rewards for Amtrak travel.

The Adirondack runs once daily in both directions between Montreal and New York City, with major stops in Westport, Saratoga Springs and Albany.

The only one of its kind in the US, travelers can take their cars with them from Lorton, Virginia to Sanford, Florida, near Orlando-area attractions.

Operates daily routes between Chicago, Omaha, Denver, Salt Lake City and Emeryville, in the San Francisco Bay Area. The more than 51-hour trip passes through the Rockies and the Sierra Nevadas, making it one of Amtrak's most famous routes.

Following the historic B&O line, the Capitol Limited runs daily between Washington, D.C. and Chicago with stops in major cities such as Pittsburgh, Cleveland, Toledo and South Bend.

Actually considered two routes, the Piedmont connects Charlotte and Raleigh, in North Carolina. The Carolinian route extends the service along the East Coat to New York City with stops in Richmond, Philadelphia and Washington, D.C.

This route covers 900 miles from Chicago to New Orleans, with stops in Champaign/Urbana, Carbondale, Memphis and Jackson.

Linking some of the most prominent cities on the West Coast, the 35-hour-long daily route links Seattle and Los Angeles via Tacoma, Portland, Sacramento and the San Francisco area.

Five daily round-trips connect Brunswick, Maine and Boston via Freeport, Portland and Saco in Maine, and Exeter and Dover in New Hampshire.

Follow along major sections of the Lewis and Clark trail from Chicago to Portland/Seattle with stops in Milwaukee, St. Paul/Minneapolis and Spokane.

Related: From Portland to Chicago in an Amtrak roomette

This daily route from Rutland, Vermont to New York City glides through upstate New York with stops in Albany and Saratoga Springs.

This daily route runs from Oklahoma City to Fort Worth, Texas.

From Monday through Saturday, 14 daily trains fly between Milwaukee and Chicago. A dozen operate on Sundays.

There are 28 downstate cities on the Illinois Service schedule from Chicago to Quincy / St. Louis / Carbondale.

Traverse the Pennsylvania Corridor on multiple daily departure between New York City and Harrisburg, with stops in Downingtown, Lancaster and Philadelphia.

Follow the shorelines of Lake Michigan, the Erie Canal and the Mohawk River from New York/Boston to Chicago.

Hug the coast and skip the traffic between San Luis Obispo to Santa Barbara, Los Angeles, Anaheim and San Diego.

Get from New York City to Pittsburgh with stops in Philadelphia, Lancaster, Harrisburg and Altoona.

The Texas Eagle operates from Chicago to San Antonio (over 32 hours) and operates daily service. The connection from San Antonio to Los Angeles on the Sunset Limited operates three times per week.

If you're planning an Amtrak trip, be sure to use a credit card that earns additional points for train ticket purchases. The Capital One Venture Rewards Credit Card and Chase Sapphire Preferred Card both earn 2x points/miles on train trips, while the Chase Sapphire Reserve and Citi Premier® Card both earn 3x points on travel.

For travelers who put in serious miles on U.S. trains, consider one of the best credit cards for train tickets: the Amtrak Guest Rewards World Mastercard. It offers 3x points for Amtrak travel, including onboard purchases, and 2x points on all other travel purchases.

When it comes to redeeming rewards, you can do so either via the Amtrak Guest Rewards program or with a fixed-value points program like Capital One Venture miles.