Articles
Clint Henderson is the managing editor for news at TPG. He worked in TV news for 20 years, including stints at ABC, MSNBC and Fox, before landing his dream job. Send tips to Clint.Henderson@thepointsguy.com.
Follow
Oct. 21, 2022
•
9 min read 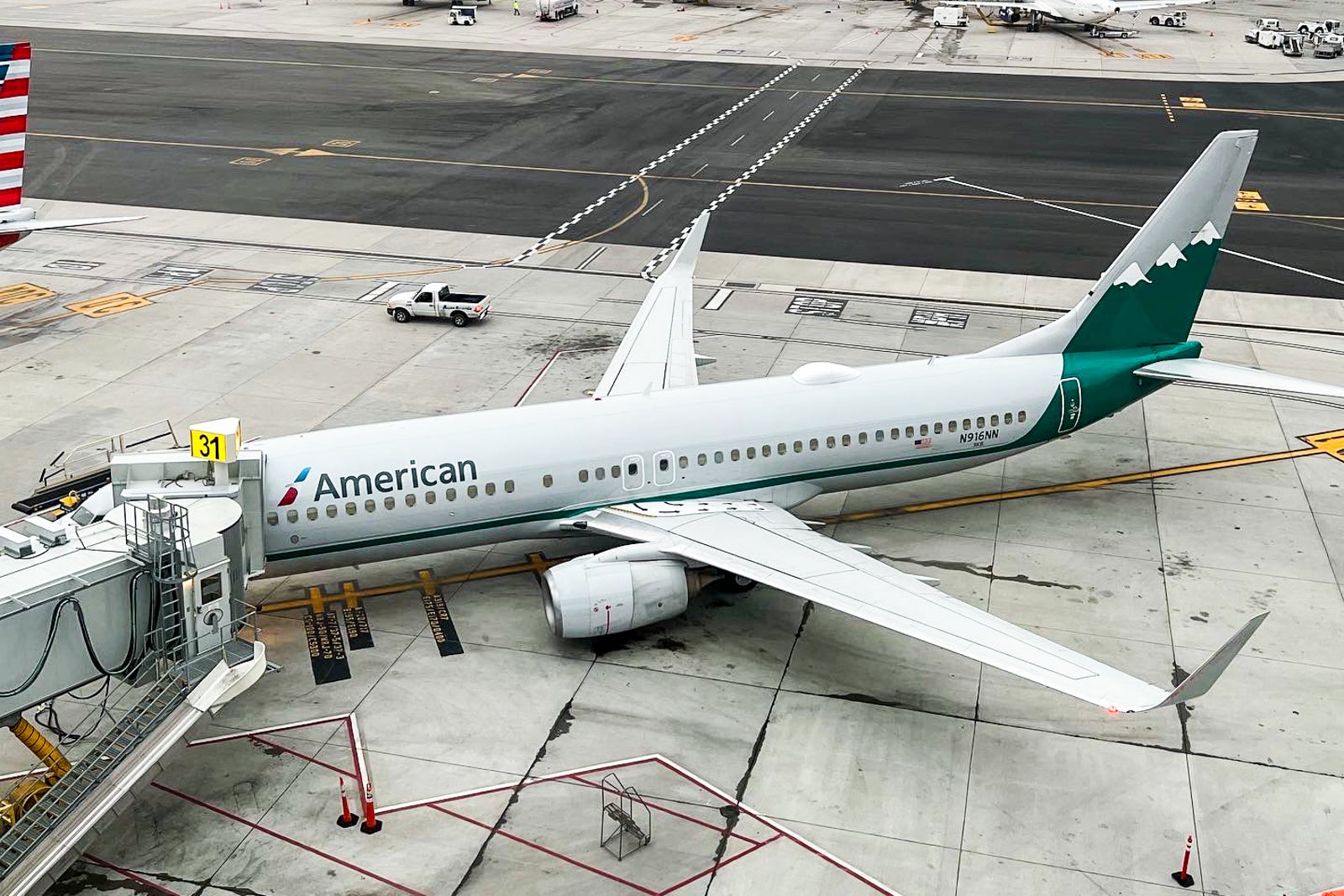 I was really wrong.

As a top-tier Alaska Airlines MVP Gold 100K, I've been treated as well as an AAdvantage Executive Platinum on many of my American Airlines flights. In fact, I've gotten upgraded on most of the AA flights I've taken this year. I've even been gifted two systemwide upgrade certificates, and I was able to apply them to an upcoming flight on American Airlines metal for a trip to Paris.

Here are all the ways I'm benefiting as an Alaska elite member flying American metal, and why it might make sense for you to pursue status with Alaska even if you don't live on the West Coast.

Find your next points redemption sweet spot with the TPG App. Download for free today!

All about the upgrades

I've been extremely fortunate flying American Airlines as an Alaska elite member. So far in 2022, I've flown 11 segments on AA as an Alaska Gold MVP 100K. I've been upgraded on six of those 11 flights. That's a better-than-50% upgrade rate. It's also a better track record than when I was an Executive Platinum flyer on American Airlines in the five years that I had top-tier status with American.

I even got upgraded to business class on three of American's long-haul flights where it runs the premium-heavy A321T aircraft with three-class service. I cleared the upgrade from Santa Ana, California's John Wayne Airport (SNA) to John F. Kennedy International Airport (JFK) and enjoyed the cross-country jaunt in a lie-flat seat.

Earlier this year, I also scored upgrades from JFK to San Francisco International Airport (SFO), and the return. This flight is also equipped with lie-flat seats.

For my flight from JFK, I was upgraded literally within a few minutes of checking in. These upgrades have typically cleared around check-in time, but they can clear as early as 72 hours before the flight.

While I haven't cleared every upgrade, I've still had really good luck. I feel like I'm treated at least as well as AA Executive Platinum members are.

Related: How and why I went for top-tier status with Alaska Airlines

Alaska MVP Gold, Gold 75K and Gold 100K members get access to American Airlines' extra-legroom seats, which American calls Main Cabin Extra. MVP Gold members can choose better seats within 24 hours of travel, but MVP Gold 75K and 100K members can choose extra-legroom seats at the time of booking. It's a pretty compelling perk that has really come in handy for me, especially on those flights where I didn't get upgraded.

That's another compelling perk, especially on full flights where there is no guarantee there will be room for your carry-ons.

When I qualified for Alaska MVP Gold 100K, I was also gifted two super-valuable systemwide upgrade certificates for American Airlines flights. I had the perfect flight to try to use them on: a long-haul flight from New York to Paris. I simply called a special American Airlines phone line where I was connected to an agent who told me he usually helps AA Concierge Key members. It took a bit of time since the agent hadn't helped many Alaska elite members before, but he got me waitlisted for business class.

One of my upgrades has already cleared! I didn't get a notification, but when I checked the reservation a few weeks after being added to the waitlist, I realized I no longer had a premium economy seat assignment, and I was able to pick a business-class seat. Score!

TPG conservatively values systemwide upgrades at $500 each, so I would say that's a potential value of $1,000 if both upgrades clear.

Just note that, in order to confirm an upgrade, the flight must have open "C" space. Otherwise, you're put on a waitlist.

As an elite member of the Oneworld alliance, I get to enjoy the benefits of Emerald status on a slew of airlines worldwide. This includes British Airways, Cathay Pacific, Finnair, Japan Airlines and Qantas, to name a few.

It also means when I'm flying with a partner airline, I get access to both first- and business-class lounges. Here in the U.S., this includes flights on American when on a long-haul international flight.

Earlier in the year, I used American lounges even when flying in coach on domestic flights, but they've tightened the rules since then. Now you can only access Admirals Clubs if you are flying internationally or if you have a special Lounge+ membership.

The only wrinkle I've found when flying AA flights as an Alaska elite member is earning mileage credit.

Every time I fly American, I do earn miles toward Alaska status.

Unfortunately, I don't earn a mile for every mile I fly on American Airlines (on Alaska you still get credit for every mile you fly). I've found some of my AA flights earn me as little as 25% of the base miles I'd earn on Alaska. Still, I've generally done OK when it comes to mileage credit.

For example, due to my fare class, I only earned 1,293 base miles for a flight from San Francisco to New York in August. If I'd been on Alaska metal, I would have earned 2,586 base miles.

Other than that, I've been a very happy camper flying American with my Alaska status.

As an Alaska elite member flying American Airlines, I've enjoyed many great benefits, including domestic upgrades, priority boarding, free extra-legroom seats and even the chance to get a free upgrade to business class on an international flight.

While I'm unlikely to requalify for Alaska's top-tier 100K status this year, I will squeeze every last drop out of this incredible partnership while I still can. For the rest of the year, I'll use my Alaska Mileage Plan number on all my AA flights and credit all my American Airlines flights to Alaska.

I can recommend becoming an elite member with Alaska Airlines to get status on American Airlines flights. It's certainly paid off for me. Just keep a close eye on those fare classes and ensure you are flying the minimum of six Alaska-marketed and -operated flights you'll need to qualify for Mileage Plan status.

If you qualify for top-tier status this year, you are even eligible for new benefits for next year, including 50,000 bonus miles.

Featured image by CLINT HENDERSON/THE POINTS GUY
Editorial disclaimer: Opinions expressed here are the author’s alone, not those of any bank, credit card issuer, airline or hotel chain, and have not been reviewed, approved or otherwise endorsed by any of these entities.