It's all about the upgrade: How and why I went for top-tier status with Alaska Airlines

Articles
Clint Henderson is the managing editor for news at TPG. He worked in TV news for 20 years, including stints at ABC, MSNBC and Fox, before landing his dream job. Send tips to Clint.Henderson@thepointsguy.com.
Follow
Dec. 10, 2021
•
9 min read 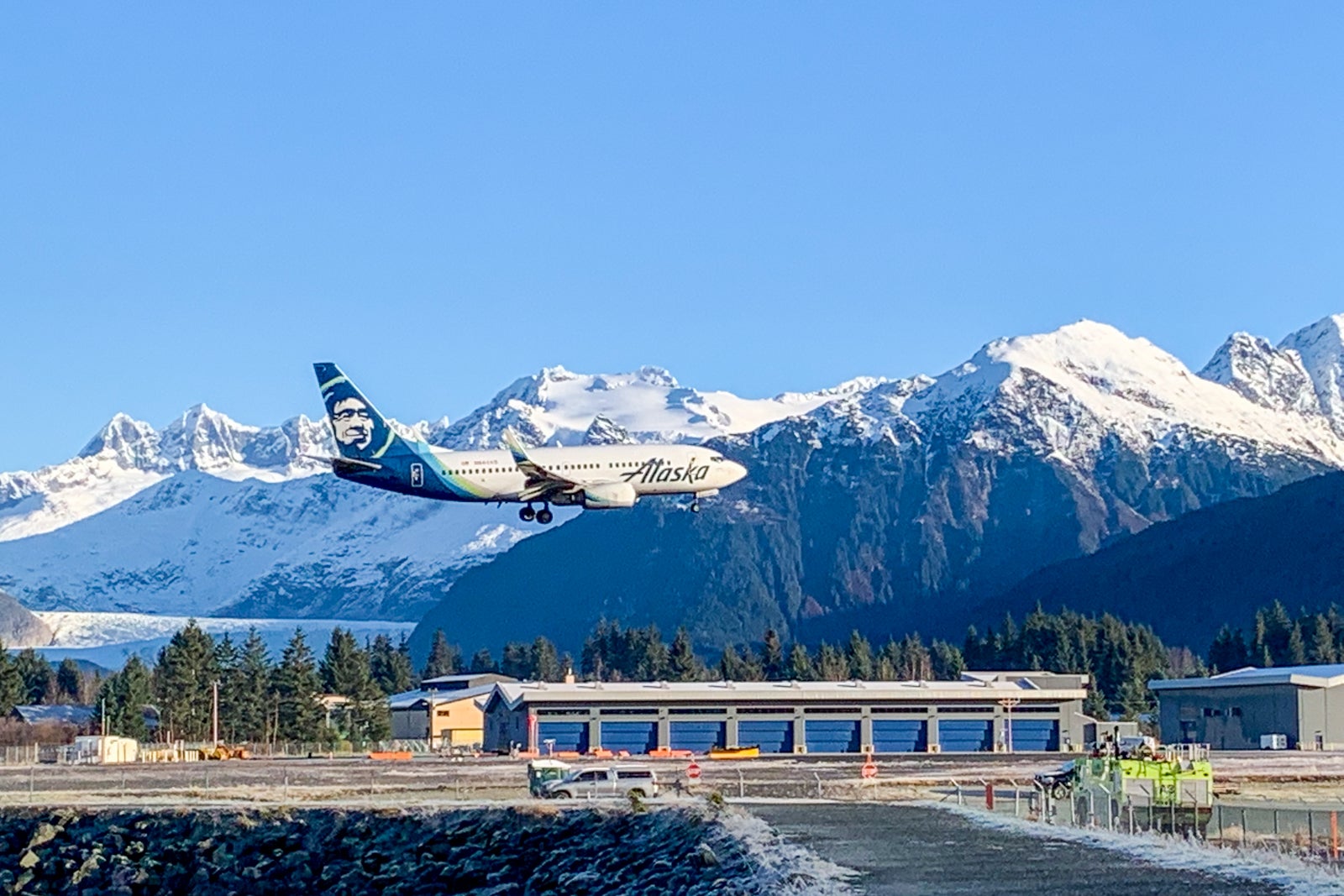 This post has been updated with details on the author's new status level.

It's been a long, strange journey with Alaska Airlines the past few years.

However, it's also one that has given me many more benefits than I expected when I began switching my travel to Alaska in late 2019. That feels like a lifetime ago now because of the pandemic, but it has worked really well in my favor – one of the few silver linings of the COVID-19 crisis.

Now, with Alaska announcing a new, higher-tier status level in their Mileage Plan program, I've become even more of a fan, even as I plan on moving out of the traditional Alaska West Coast service area and back to New York City.

So without further ado, let's look at how and why I earned Alaska's soon-to-launch top-tier elite status — MVP Gold 100K — for 2022.

One of the most interesting developments of Alaska formally joining Oneworld is a new top status tier. Previously, MVP Gold 75K was the program's top-tier elite level, but MVP Gold 100K will launch for the 2022 status year.

So, what are the benefits?

You get 150% bonus miles on all flights (versus 125% for MVP Gold 75K), free upgrades up to 120 hours before departure (with higher priority than Gold 75K) and a free snack when traveling in coach.

My colleague Andrew Kunesh wasn't too impressed with the new status benefits, but I will definitely be able to use those upgrades, and the higher upgrade priority is a big win in my opinion.

How do you earn it?

You need to earn 100,000 elite-qualifying miles or fly 140 segments, including 24 segments on Alaska-marketed and -operated flights, in a calendar year. In other words: This status tier is not for casual Alaska or Oneworld flyers.

The good news is that Alaska still awards elite-qualifying miles based on miles flown and there's no spending requirement for status. That's a lot of butt-in-seat miles, but the requirements are not as high as what's required by American, United or Delta to earn top-tier elite status.

Further, Alaska ran a handful of amazing promotions this year that made it a lot easier for me to qualify for 100K status. These included earning up to 20,000 EQMs via credit card spending and awarding 50% bonus elite-qualifying miles on Alaska-operated flights flown this year.

The main reason I'm so eager to keep Alaska top-tier status is because my upgrades almost always clear, which was not my experience when I was a top-tier American elite. In fact, I've been upgraded on almost all my longer trips, including to Belize and several trips to Hawaii.

My recent history with Alaska

I originally earned top-tier status on Alaska early in 2020 by signing up for an Alaska Airlines status challenge. TPG’s guide to status matches and challenges was instrumental in helping me find this.

Alaska has an official Mileage Plan Status Match Challenge landing page where you can upload your proof of current status and request to begin a challenge if you are interested.

I earned Gold 75K by flying 20,000 miles on Alaska flights in early 2020, right about the time the novel coronavirus was spreading around the world.

By March of that year, I was Gold 75K on Alaska, and I had moved from New York City to my father's ranch near Butte, Montana. This is much closer to Alaska's main Seattle hub. Since then, I've been camped out in Montana and flying with Alaska pretty regularly. They have three daily flights from Bozeman Airport (BZN) to Seattle (SEA) — and even more in summer — which gives me easy access to multiple flights.

The benefits I'm most excited about

For me, status is "all about the upgrade."

That's why I've enjoyed Alaska so much. Nearly all of my long-haul flights have been in first class thanks to upgrades. That includes flights from Seattle to Honolulu (HNL) and Kona (KOA) in Hawaii and a recent flight to Alaska's newest international destination — Belize City, Belize (BZE).

However, there have been a few times I haven't been upgraded, like a recent flight between Seattle and Phoenix (PHX). In fact, I was No. 4 on the upgrade list. I have to believe that a higher upgrade priority as an MVP Gold 100K would have gotten me that last first-class seat.

That's going to be especially important as more and more American Airlines elites realize they are eligible for upgrades on Alaska and get added into the upgrade list ranks.

I'm hopeful that as an Alaska 100K, I will also have higher priority for upgrades even when flying on American Airlines.

Finally, I'm also thrilled that Alaska's top-tier elites will get two one-way American Airlines upgrade certificates. I was able to use American Systemwide Upgrades on flights from Los Angeles (LAX) to Auckland, New Zealand (AKL), and on a flight to Hong Kong (HKG) back when I was an American Airlines Executive Platinum, so I'm a big fan.

Could they have offered a few more upgrades? Would I have liked to get free Alaska Lounge access and better Gold Guest Upgrades?

Yes, that would have been amazing. Still, for me, not having a minimum spending requirement to earn top-tier status trumps any disappointment that the Alaska benefits don't quite match up to Delta Diamond or American Executive Platinum.

How I earned 100K in Alaska qualifying miles

While MVP Gold 100K isn't launching until next year, members who earn 100,000 miles this year will be automatically upgraded from MVP Gold 75K to MVP Gold 100K.

One surprising detail is that Alaska will retroactively give me 150% elite bonus miles for any flights I take in January of 2022. I didn't think I would be getting the higher elite bonus miles until the new status rolled out.

Interestingly, my Alaska account will still show Gold 75K until the end of January.

Related: What is Alaska Airlines elite status worth now that Alaska has joined Oneworld?

I flew a total of only 47,508 actual flight miles on Alaska flights in 2021, including my longest flights on Alaska from Seattle to Fort Lauderdale.

Thankfully, Alaska had the “fast track to status” promotion this year. I received a total of 61,878 bonus miles for those flights I took and other promotions.

According to Alaska, I've already hit more than 107,000 miles this year. Several of those flights were on partner airlines like American Airlines and LATAM, which both credit to Alaska. Remember, Alaska has a slew of partnerships both inside and outside of the Oneworld alliance.

Another perk of Alaska Airlines Mileage Plan is how valuable its miles are. I recently redeemed 110,000 Alaska Mileage Plan miles for round-trip tickets to Seoul (ICN) in Japan Airlines business class, which I'm excited to fly if South Korea's borders reopen.

Related: Here’s why Alaska Airlines miles are the most valuable

When I heard about a new top-tier MVP Gold 100K status with Alaska, I was determined to earn it. Frequent upgrades, the new partnership with American Airlines, Oneworld status and a couple of one-way upgrades on international flights made it a no-brainer for me since I was already flying Alaska frequently.

Plus, incredible promotions and status boost this year made it even easier to earn top-tier status with Alaska. I'll be sure to update our readers on what it's like flying as an MVP Gold 100K sometime in 2022.

Related stories
Why you should consider having both the personal and business Amex Platinum cards
Real ID requirements for air travel in US delayed until 2025
Another major cruise line to sharply hike onboard fees
10 surprising winter sun vacation destinations you may not have thought of
Featured image by (Photo by Clint Henderson/The Points Guy)
Editorial disclaimer: Opinions expressed here are the author’s alone, not those of any bank, credit card issuer, airline or hotel chain, and have not been reviewed, approved or otherwise endorsed by any of these entities.