This is where U.S. airlines are parking their biggest planes during the coronavirus pandemic 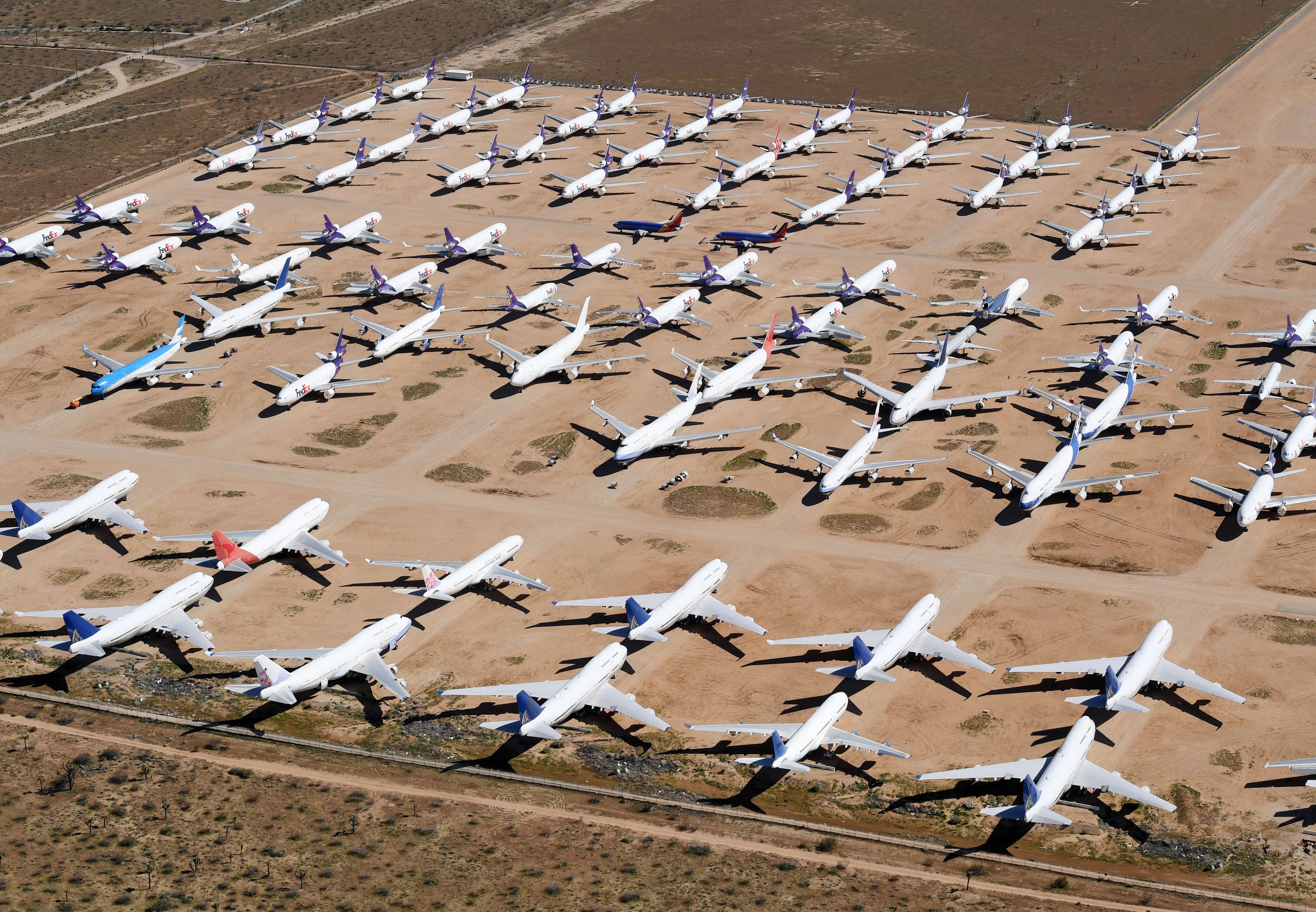 The coronavirus pandemic is taking a massive toll on the world. It's affecting everyone, including almost all businesses. Perhaps the hardest hit is the travel industry — and specifically the airlines.

As such, we've seen all the major U.S. airlines significantly scale back their flying. American, Delta and United are all expediting route cuts, and have suspended many of flights on incredibly short notice.

This presents a problem for these airlines. What are they supposed to do with all the planes that aren't in the air? While some may go through heavy maintenance checks or other cabin reconfigurations, the airlines are trying to defer as many capital expenditures as possible. Thus, they're choosing to store most of their planes in airports around the country. Sadly, some of the oldest ones are seeing an early retirement and may never again be seen in the skies.

We at TPG tracked every single wide-body jet operated by the big 3 U.S. airlines, so let's take a look at where they're parked.

As the world's largest airline, American has a ton of planes. It's now suspended all but three long-haul routes, so most of AA's wide-body planes have nowhere to go.

Though the Oneworld-carrier has been keen on using wide-bodies for domestic flights, it's still got a big surplus of these planes.

Our research found that American has so far sent 110 wide-bodies to be stored at the following airports:

As you can see, there's a large number of AA aircraft in Tulsa. This makes sense for the carrier since it has a large maintenance facility there. Pittsburgh might seem a bit random for storing planes but ever since American dropped this legacy US Airways mega-hub, there's been ample space at the airport. There's even a maintenance facility for the Airbus A320 family of jets there.

There's also 25 planes sitting in Roswell, New Mexico, which is actually quite sad. That's because AA has used the airpark there as a boneyard for aircraft. In fact, last summer, AA retired its remaining fleet of MD-80s in Roswell. (I had the chance to participate in that retirement celebration, so you can read up more about the Roswell plane storage facility here).

So it's no surprise that the entire fleet of 767s, as well as some A330-300s sitting there. Due to the drop in demand, AA's decided to retire both of those aircraft types (as well as the 757s, E190s and some 737s) much earlier than originally anticipated.

Delta's also been quick to announce dramatic route cuts in response to the decreased demand due to the coronavirus. It's suspended most flying to continental Europe, along with some domestic routes. DL primarily uses the Boeing 767 for its European flying, along with the Airbus A330 and Boeing 777, so there's lots of idle wide-bodies.

Currently, there are 134 parked Delta wide-bodies at the following airports:

Pinal Airpark in Red Rock, Arizona may seem like a random choice for where to park planes, but there's actually a good reason for planes to sit in the Arizona heat — the low humidity of the high desert helps prevent corrosion. Plus, there's much more space in the Southwest, so there's plenty of room for large planes at these facilities.

That's the same reason why there are ten wide-bodies (and a bunch of smaller planes) sitting in Victorville, California too.

Interestingly, while many Delta Boeing 767s are in storage, four of the longer -400 variety are sitting in Guangzhou, China (CAN) undergoing cabin reconfigurations.

Watch: How airplanes are put into storage because of the coronavirus

Like American and Delta, United's also made massive route cuts, leaving the airline with lots of spare planes. Unlike the other carriers, UA's taking a different strategy with its parked planes. Instead of sending a large chunk to the desert, many of its 148 stored wide-bodies are sitting at hub airports across the country.

Though most of the international fleet is sitting in major hub airports, there's a lone exception — the Boeing 767-400. That aircraft type hasn't yet received a Polaris reconfiguration, and it's going to be sitting in storage in Roswell for at least a year or two. Time will tell if the 16 jets will ever return to active service.

There are also some UA wide-bodies in Xiamen undergoing Polaris and Premium Plus retrofits, but those were already out-of-service before the massive route cuts.

This is a time of great uncertainty across the country. Though people and businesses everywhere are suffering, the airlines are particularly in trouble.

With barely any demand (or government permission) for many international routes, the airlines are cutting their losses and suspending routes. But there's no room to just keep hundreds of planes sitting at the nation's largest airports. Therefore, American, Delta and United are all scrambling to find places to park their jets, including in the desert.

This story was accurate as of time of reporting, and it will be updated with new information as it becomes available. Airports with less than four total parked planes were omitted from the tables.