Passengers Are Disgusting, and Other Things I Learned at AA’s Maintenance Base 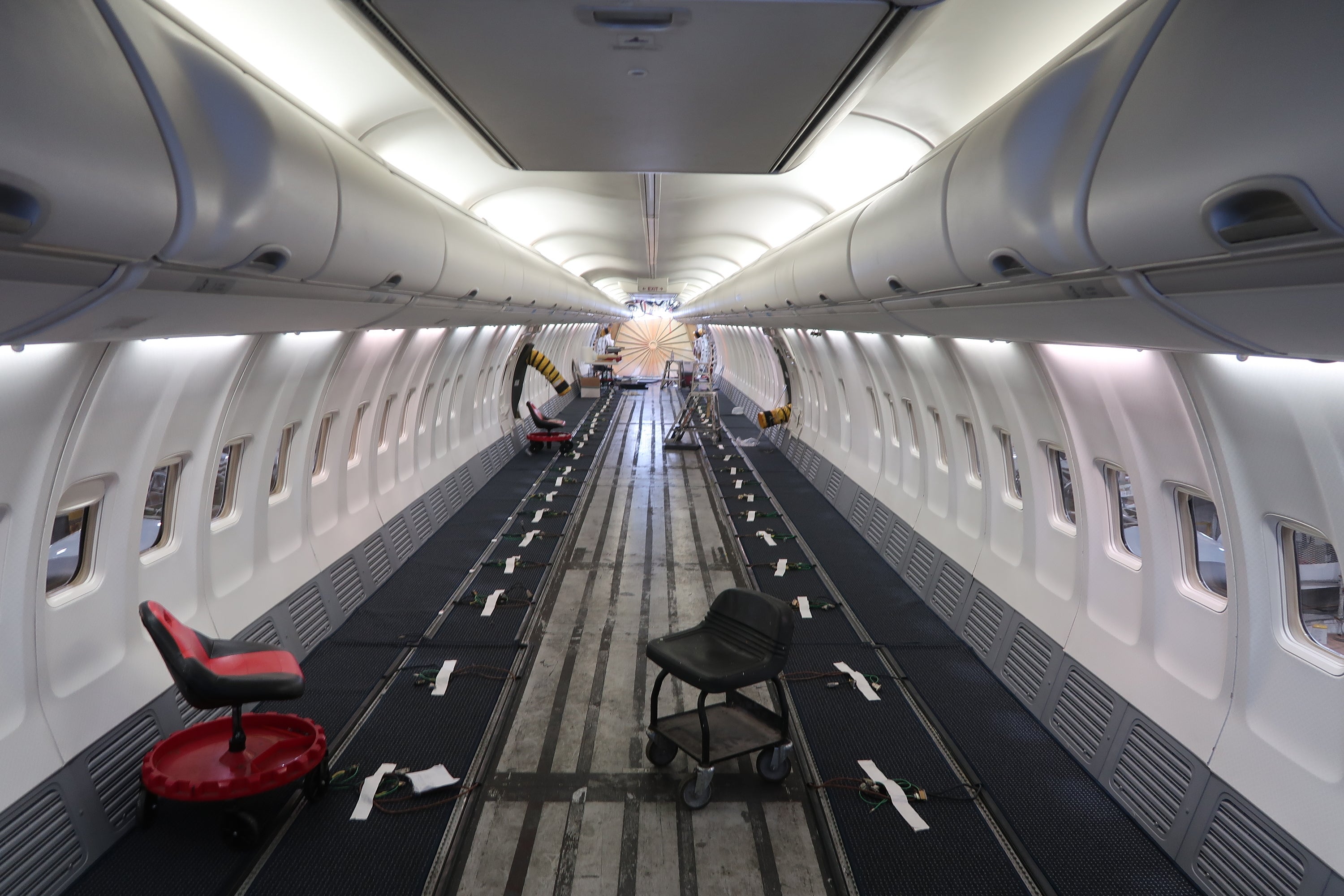 What happens at an airline's maintenance facility? I had only a vague idea before I toured "the world's largest commercial aviation maintenance base": American Airlines' Maintenance Base in Tulsa, Oklahoma. But I learned quickly when TPG Points and Miles writer JT Genter and I spent an entire morning walking the maintenance base with AA spokespeople and maintenance facility managers. During our tour, we walked through planes and saw components that were in various stages of repair and refurbishment.

Admittedly, I'm far from the biggest AvGeek at TPG. So, although I'm fascinated by planes and spent my PhD crafting algorithms for reducing birdstrikes at airports, I can provide a layperson's perspective on touring American's maintenance facility. Here's just a small portion of what I learned during the tour and how the tour changed how I look at aircraft.

Stepping into a 20+ year old plane that would return to service in a few days, I was amazed that it felt as if I'd stepped into a brand new plane. This particular plane was nearing the end of its Maintenance Base Visit — an extensive check that occurs about every three years — where everything from seats to wiring to floorboards is removed within the first couple days the plane is at the maintenance base.

The plane's shell — essentially an empty tube with wings — sits in one place while all of its components are taken to various centers throughout the 3.3 million square foot maintenance base to be repaired, refurbished or replaced before being installed back into the aircraft. So, next time you board a plane, don't assume it's new just because it looks new — looks can be deceiving.

As we walked through the mostly empty shell of a plane, I walked up to a rounded waist-high storage container. Interested to see what was inside the container, I peered into a hole in the side of the container but instantly regretted it. A strong smell wafted into my nose that identified the container as a yet-to-be-refurbished lavatory.

An aircraft is simply a metal tube that is filled with tightly coupled components. Indeed, as we walked the maintenance base I kept seeing lavatories and galleys sitting outside planes. And I become increasingly aware of how tightly and perfectly the modular design of a plane comes together. When I boarded my next flight — and every flight since — I've looked at the curved aircraft walls, bulkheads, galleys and lavatories with a new sense of appreciation.

Maintenance Work is a Serious Career

Given my past experience working with intelligent robots, coming into the tour I expected to see intelligent machinery or robots assisting with some tasks. But I saw none. Instead, I was surprised by how many of the tasks were done by hand. Here are two specific examples.

Many aircraft seats — from pilot seats to business class seats to flight attendant jump seats — are repaired or refurbished one-by-one by hand. I'll think about this the next time I complain about a broken or uncomfortable seat.

Wires and cables are re-ran by hand, with workers carefully removing a clip, inserting the wire or cable and then replacing the clip — repeatedly from one end of the plane to the other for each wire or cable. Not only is this painstaking to run, but it must be frustrating to repair if a short develops.

Cargo is Closer than You Think

When I'm hoping to work on board and the Wi-Fi is slow or — even worse — there's no Wi-Fi available on the plane, I tend to be frustrated. But, as we found when we saw multiple Wi-Fi receivers being installed, the installation process is time-consuming and intensive. As we saw as we stood on scaffolding above one plane, the receivers are mounted on top of the plane by drilling six mounts into the plane's shell. And then multiple access points are installed throughout the plane to provide coverage throughout the entire cabin.

All kinds of things are found on the aircraft floorboards once the seats and carpets are removed. American sometimes finds electronics such as cell phones — which they try to reunite with their owners — but they always find a disgusting mess of sticky floorboards littered with crumbled peanuts, cereal and candy. Seeing this mess on the floorboards made me realize just how often drinks get spilled and snacks dropped. So, next time you spill something, try to clean it up.

Touring AA's maintenance base brought to light just how much goes on behind the scenes to keep planes flying safely and comfortably. It provided a unique look into the life cycle of aircraft and their components, as well as into the often overlooked yet important work performed by the maintenance base employees. After everything I saw and learned during this tour, I'm much more appreciative of the modular design of aircraft and the work by hand that goes into each aircraft — and I'll certainly be more understanding of the occasional maintenance delay.

Want an even more AvGeeky perspective of the American Airlines Maintenance Base tour? If so, look for JT's upcoming articles on some specific aspects of our tour.