Exclusive first look: Why United's new 787-9 Dreamliner is a massive upgrade for travelers 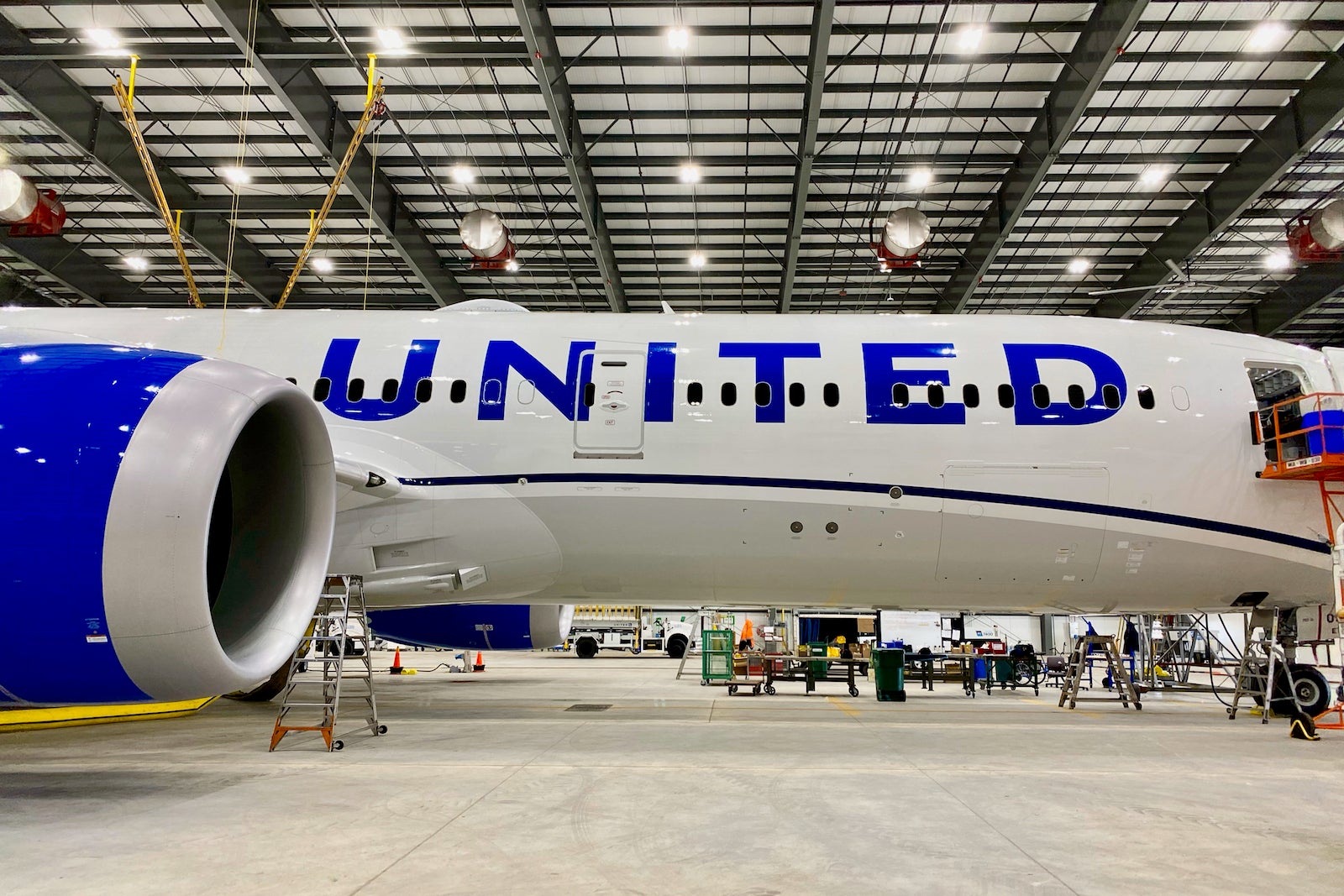 United is all in on the Dreamliner. As the only U.S. airline to operate all three variants of the Boeing 787, UA has committed to using this wide-body aircraft to open new routes and markets.

But the Dreamliners are also one of the last plane types to undergo the airline’s Polaris retrofit project. The first “baby” Dreamliner, the 787-8, just recently re-entered service with a full cabin retrofit. I was onboard one of its first flights, and liked what I saw.

All of the largest 787-10 Dreamliners were delivered with new Polaris and Premium Plus cabins, but those planes only started service a bit over a year ago.

And now, United is debuting the Polaris and Premium Plus cabins on the 787-9 Dreamliner. The airline is both reconfiguring existing -9s and taking delivery of new ones that are rolling off the line with the updated cabin already installed.

With the -9 operating some of United’s flagship routes, including its longest from Houston to Sydney, I couldn’t wait to check out the new cabins. Fortunately, I did just that with an exclusive first look aboard the carrier’s newest jet: N29977. Read on for my impressions of this plane.

Passengers at the front of the plane are going to love what they see.

Gone are the 2-2-2 forward-facing biz seats in favor of Polaris pods arranged in a 1-2-1 configuration with direct aisle access for each seat. Thanks to the staggered layout, United was able to squeeze eight rows in the forward cabin (compared to just five in the previous layout).

There’s also a mini-cabin with four rows behind the second set of exit doors. Though these seats are closer to the engine (louder) and behind the boarding door (busier), I’d definitely choose to sit here if ticketed in Polaris. It’s much more private than the main cabin.

As with all Polaris cabins, single seats alternate between being closer to the aisle and window.

If traveling solo, I’d do everything in my power to select one of the odd-numbered seats flush with the window. The table is closer to the aisle, offering additional privacy from the rest of the cabin.

Row 5 is missing windows entirely, so definitely avoid it if you’re looking to capture some outdoor scenery (you can find all of my best shots on my Instagram).

Center seats alternate between being adjacent to each other and closer to the aisle.

Thankfully there’s a large privacy divider in the odd-numbered center seats should you not want to converse with your neighbor.

All seats recline to flat-beds measuring about 75 inches long.

The one downside to the staggered configuration is small footwells. You can avoid that issue entirely by selecting one of the bulkheads in Row 1 or 9 which feature oversized footwells.

Though there aren’t any doors, the Polaris cabin represents a massive improvement to the business-class experience on these planes.

But, the best part isn’t necessarily the hard product. It’s that United didn’t change the number of biz seats with the installation of the new cabins. Thankfully, that implies that award and upgrade space shouldn't change.

It isn’t just biz getting a big revamp on the 787-9. There’s also a new Premium Plus cabin on these planes too.

Seats are spread across three rows in a 2-3-2 configuration.

The premium economy cabins are pretty standard throughout United’s fleet, so there aren’t many surprises here.

Recline is quite generous at six inches, and seats sport both a leg- and footrest.

My experience flying Premium Plus on the larger 787-10 was underwhelming, but I’d love to give this product another try on the 787-9.

Until United dedicates the new 787-9s to specific routes, you can choose to sit here for the same price as an Economy Plus seat. This is an especially good deal for Premier Gold elites and higher, since they get free extra legroom seating at time of booking. Be sure to monitor the seat-map if you’ve got an upcoming 787-9 flight, because you may just score a free upgrade to premium economy.

On the surface, there aren’t any noticeable differences in the economy cabin. After all, seats are arranged in a standard 3-3-3 configuration.

However, the big change is the reduction of 49 Economy Plus seats compared to the old 787-9s.

To make space for the Polaris and Premium Plus cabins, United clearly needed to switch some of the Economy Plus seats to normal ones. But that wasn’t enough, as the new 787-9 has 16 fewer coach seats overall than the previous configuration.

Though this may sting for economy passengers, the good news is that the premium-heavy configuration is great for upgrades and award availability.

The main coach cabin spans Rows 42 through 57. The best seats here are in the Row 42, the exit row. They offer practically limitless legroom, but the fixed armrests and proximity to the galley could be bothersome.

Be sure to avoid Row 53 since it’s got missing windows.

In terms of the seat itself, each sports a new 9-inch monitor, seat-back pocket and tray table, and each row shares two power outlets for every three seats.

If you’re flying as a couple, you may want to sit in Rows 56 or 57, which has two seats on each end. Though they’re standard coach seats, they’ve got some added storage on the side.

Behind the scenes of the Boeing 787-9

I got the chance to check out this new plane before it enters revenue service. As such, I was able to access some parts typically off-limits to passengers.

The first thing I noticed when I pulled up to the plane is how much the new livery has grown on me. I absolutely loved the three different shades of blue on this factory-fresh Dreamliner.

When checking out the interior, I popped into the cockpit and crew rest for a quick picture.

Who knew that there was a (mini) staircase on the Dreamliner?

After taking a look inside, I briefly toured the exterior, starting with the forward landing gear.

Then, I checked out the massive engine, main landing gear and tail section.

As expected for a plane that’d only operated a handful of flights, everything looked and felt brand-new.

The new United Boeing 787-9 represents a massive upgrade for fliers.

Nowhere are the changes more noticeable – and welcome – than in the biz cabin. With the transition from a dated 2-2-2 configuration to one with direct-aisle access at each seat, you’ll be pleased.

United also introduced a new Premium Plus cabin on this plane type. This offering fits perfectly between coach and biz, though the service could use an improvement.

Economy also gets some enhancements, like a new entertainment screen and refreshed seat upholstery.

Perhaps best of all is the fact that the number of premium seats isn’t changing on the 787-9. In fact, it’s only increasing with the Premium Plus cabin. In short, you’ll be hoping that your next United Dreamliner flight is operated by the new 787-9.

For more on United’s 787 Dreamliners, see: