It's Official: The Airbus A380 Is Dead

Articles
Darren Murph holds a Guinness World Record as the planet's most prolific professional blogger. He's an explorer at heart, having traversed nearly 50 countries and all 50 US states. He's flown over one million miles on Delta alone, and serves as a senior writer at TPG.
Follow
Feb. 14, 2019
•
3 min read 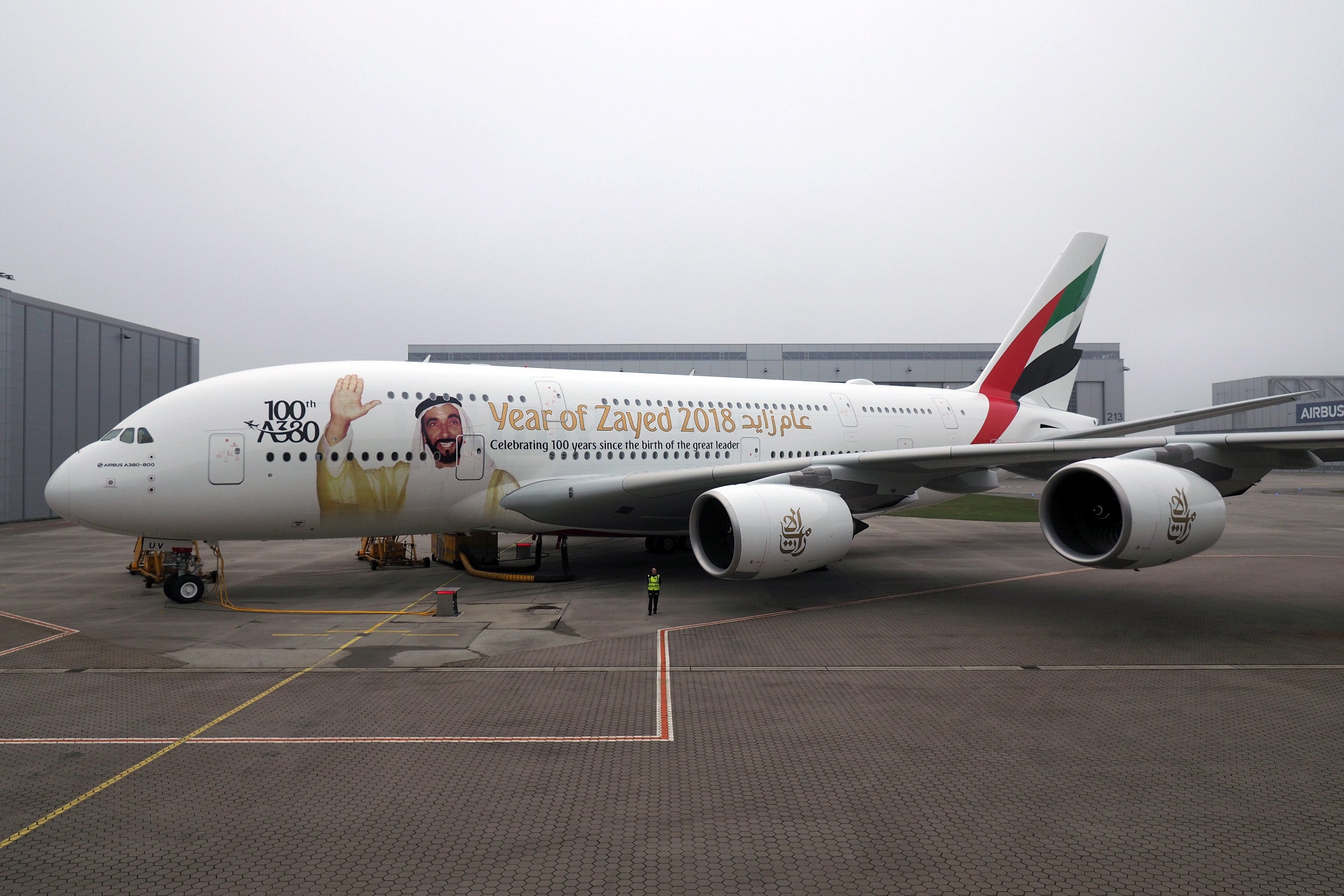 It's Official: The Airbus A380 Is Dead
This post contains references to products from one or more of our advertisers. We may receive compensation when you click on links to those products. Terms apply to the offers listed on this page. For an explanation of our Advertising Policy, visit this page.

Just months after celebrating its 10th anniversary, the end is in sight for the world's largest commercial jet. Airbus' struggling A380 program won't be saved by British Airways, nor any other airline. Emirates will take delivery of 14 further A380s over the next two years, but "given the lack of order backlog with other airlines, Airbus will cease deliveries of the A380 in 2021."

Rather than order more A380s, Emirates has ordered 40 A330-900s and 30 A350-900s, which are far smaller aircraft. Airbus CEO Tom Enders shot straight when announcing the news: "As a result of this decision we have no substantial A380 backlog and hence no basis to sustain production, despite all our sales efforts with other airlines in recent years. This leads to the end of A380 deliveries in 2021. The consequences of this decision are largely embedded in our 2018 full year results."

Of course, the demise of the A380 superjumbo shouldn't discount its grandeur. Some of our favorite cabins are housed within its massive fuselage. In fact, Emirates First Class on the A380 was named Best International First Class of the year at our inaugural TPG Awards.

More than a dozen carriers still operate the A380, and at least for now, Airbus is still operating a website dedicated to helping you book a flight on one. Emirates, the airline most closely associated with the A380, will keep the jet in its fleet "well into the 2030s."

We've devoted a guide to utilizing your points and miles to fly on the A380, and have rounded up a collection of reviews below.

The decade-long run of the A380 will go down in history as one of the briefest in commercial aviation history, and it's bound to impact Airbus for years to come. While it recently pulled (almost) even with Boeing in terms of annual deliveries, it'll be dealing with other matters in the weeks ahead.

Closing the A380 program will negatively impact up to 3,500 jobs over the next three years. And while Airbus believes that the A320 ramp-up and the aforementioned widebody order from Emirates will "offer a significant number of internal mobility opportunities," nothing is written in stone.

More broadly, we may well be watching the end of the quad-engine commercial superjumbo era. With more efficient widebody planes such as the A350 and A330 in existence, it'll be tough to justify ever building another whale such as this.